Viking Ocean Cruises, while celebrating their first ever cruise stop in Los Angeles, announced that their sixth ocean cruise ship will be called Viking Jupiter and debut in early 2019. 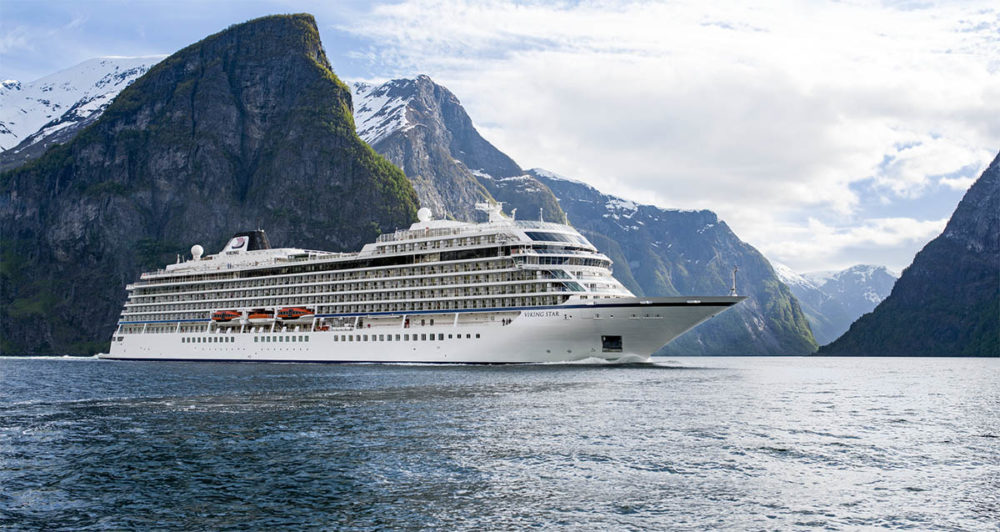 Timed with the cruise industry’s “Wave Season” in January, the launch of Viking’s new “Did You Know?” campaign will feature new creative advertisements that will appear across all marketing channels, including TV, print and digital. Aimed at travel agents and the company’s target audience of experienced travelers 55 and older, the campaign highlights Viking’s industry differentiators, including its inclusive value with a shore excursion included in every port, as well as what Viking is not – no formal nights, no kids and no casinos. The campaign will also share Viking’s award-winning history, such as being named the #1 Ocean Cruise Line in Travel + Leisure’s 2016 and 2017 World’s Best Awards and the #1 River Cruise Line in Condé Nast Traveler’s Readers’ Choice Awards.

On December 15, Viking celebrated the kickoff of its inaugural World Cruise onboard Viking Sun in Miami. From Los Angeles, Viking Sun will continue to sail for 120 days, visiting destinations in the South Pacific, Australia and Asia – and will be officially christened in Shanghai on March 8, 2018. When the ship arrives in London on May 5, she will have visited five continents, 35 countries and 64 ports during her first World Cruise. Viking Sun will continue to sail the globe during the 2019 World Cruise, a 128-day itinerary from Miami to London.

Viking’s ocean ships have a gross tonnage of 47,800 tons, have 465 staterooms and host 930 guests. Viking will welcome two more sister ships in the next two years, including Viking Orion in summer 2018; with the arrival of Viking Jupiter in 2019, Viking will be the largest small ship ocean cruise line. Four additional ships are also on order for delivery starting in 2021, which will bring Viking’s ocean fleet to 10 ships by 2023.

Designed for discerning travelers with interests in science, history, culture and cuisine, Chairman Torstein Hagen often says Viking offers guests “the thinking person’s cruise” as an alternative to mainstream cruises. Ships are small to get guests closer to their destination, with more time in port and more overnights. Onboard, guests find serene Scandinavian spaces, where every room is beautiful and functional, quiet and filled with light. All-veranda ships mean that guests experience every day with a new, expansive vista. With the most al fresco dining at sea, featuring regional cuisines and always-available American classics, Viking’s guests can truly dine in their destination. A focus on cultural enrichment brings immersive experiences onshore and onboard. And only The Viking Way brings guests itineraries that feature Local Life, Working World and Privileged Access experiences.

In addition, Viking Inclusive Value provides a small ship experience at a big ship value and no nickel-and-diming – with every cruise fare including a veranda stateroom, shore excursions in each port of call, all onboard meals, and all port charges and government taxes. Guests also enjoy many complimentary amenities as part of their fare, including: beer and wine with lunch and dinner service; premium dining reservations; Wi-Fi; self-service laundry; access to the Thermal Suite in the LivNordic Spa; and 24-hour room service—an included value of more than $200 per person, per day for an average cruise.