Odyssey of the Seas received its first block as the keel was officially lowered and put into place at the Meyer Werft shipyard in Papenburg, Germany. The cruise ship is scheduled to go into service in 2020.

Odyssey of the Seas’ deployment schedule and itineraries will be revealed later this year. The cruise line announced earlier this year that the ship will sail from the U.S. when she debuts next year.

The keel laying marks an important milestone in the development of Odyssey of the Seas, as it signifies the beginning of the ship’s physical construction. During the ceremony, a 79-ton block was lifted into the building dock with an 800-ton crane. Newly minted coins were placed under the keel, which then stays in place until the end of construction. 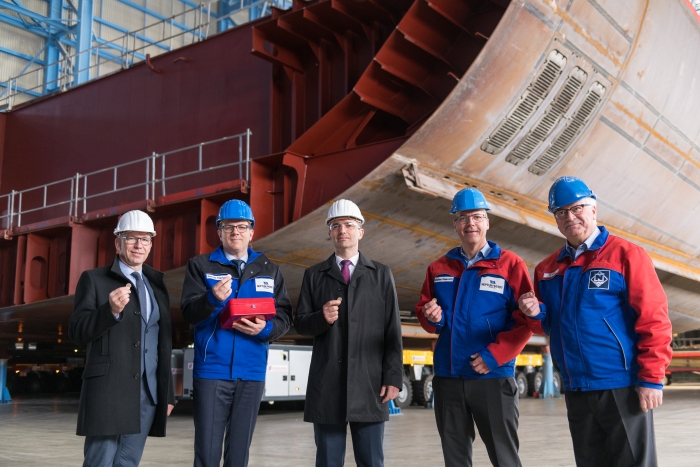