One of Royal Caribbean’s current goals is to create the ultimate beach day for passengers on their cruise ships.  The cruise line has announced big plans for Nassau. 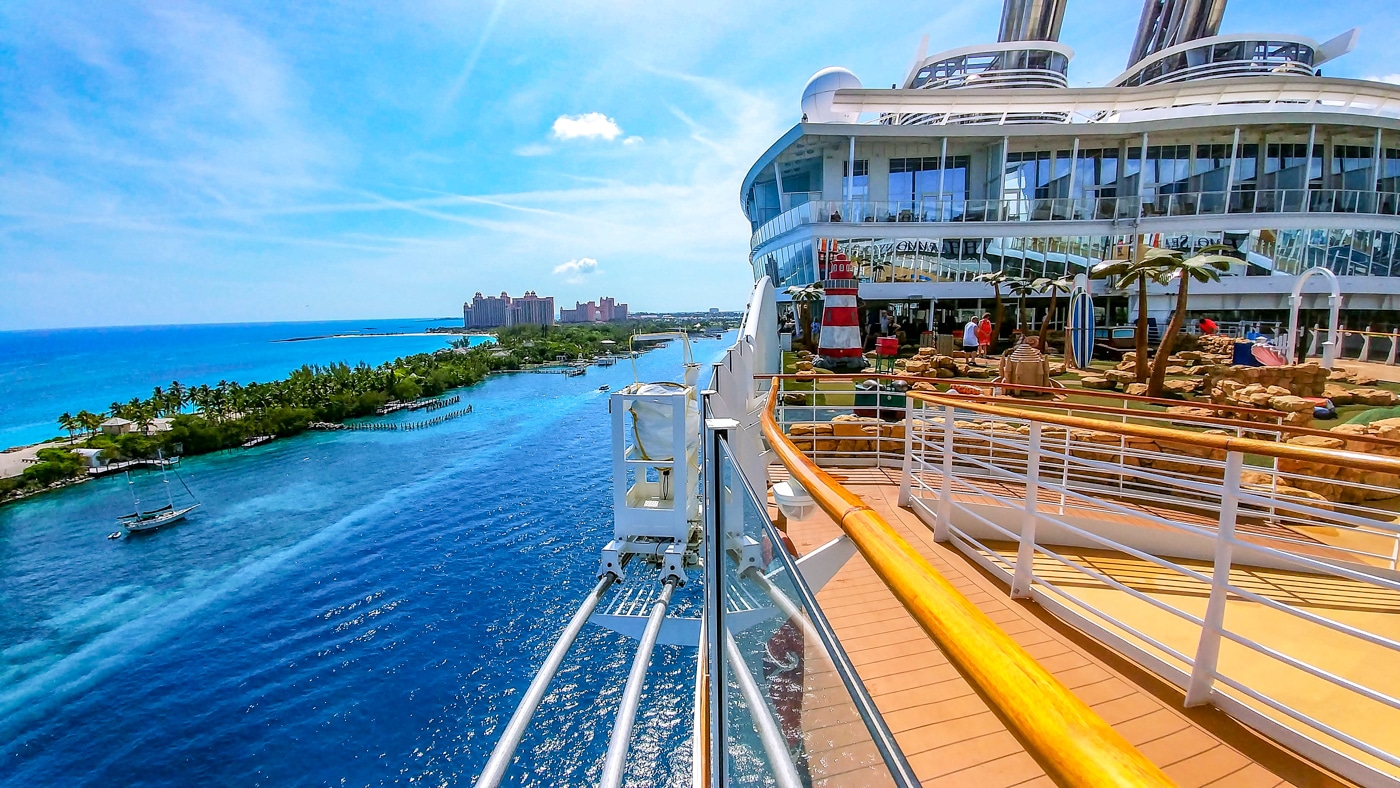 The Royal Beach Club is a new concept from the cruise line to create an amazing beach day for their guests on cruises.  The first Royal Beach Club from Royal Caribbean will debut in Antigua and Barbuda in 2021.

Royal Caribbean has now stated that they have secured land in Nassau, Bahamas for another Royal Beach Club.  The land is on the western end of Paradise Island.  Paradise Island is the island were the world famous Atlantis Resort is located.

Curated as the ultimate beach experience, The Royal Beach Club Collection will bring the unique features and flavors of each destination to life.

A timetable and exact details on the features that will be a part of the Royal Beach Club on Nassau will be announced in the future.

Nassau, Bahamas is one of the most visited cruise ports on cruises from Florida. It is not uncommon to have four or five cruise ships visit Nassau in a day.

The Royal Beach Club will give Royal Caribbean cruisers a new option when visiting the popular cruise port.

Ben Souza
Ben, a world traveler who has visited 41 countries, currently takes between 8-10 cruises a year. His writings have appeared and been cited in various media outlets such as Yahoo News, MSN, NPR, Drudge Report, CNN, Fox, and ABC News. Ben currently resides in Cincinnati, Ohio. Follow Ben on Instagram. Visit Ben Souza on Linkedin. You may email Ben at [email protected]
Cruise News Royal Caribbean Royal Caribbean Secures Lands in Nassau for Beach Club
Previous articleFauci: If You’re Healthy, Cruises Are OK to Go On
Next articleAll Carnival Cruises Are on Sale