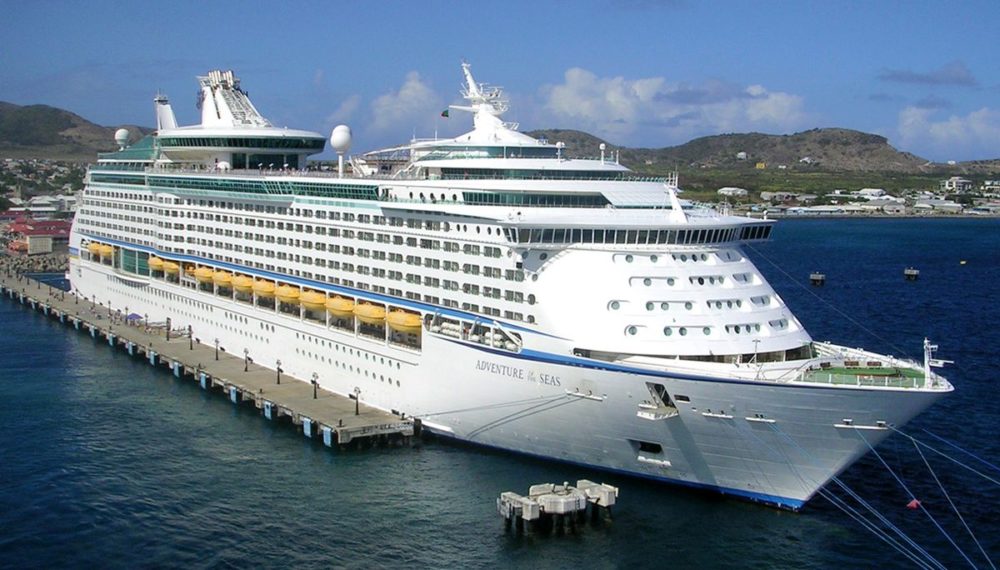 Adventure of the Seas will depart on a seven night cruise out of San Jaun to the Southern Caribbean on Saturday, October 7, 2017. This is the first cruise out of Puerto Rico since Hurricane Maria hit the island.

The previous few cruises on Adventure of the Seas were canceled so Royal Caribbean could send the ship on rescue missions in the Caribbean. The ship arrived in Fort Lauderdale, Florida this morning with just under 4,000 hurricane evacuees from Puerto Rico, St. Thomas, and St. Croix.

The ship also brought much needed supplies to the islands that were hit by the two hurricanes including 25 pallets of medical supplies, over 400 generators, 30,000 batteries, 7,000 pounds of rice, 9,000 gallons of milk, and nearly 30,000 gallons of water. The ship will drop off another 150 pallets of supplies when it arrives in San Juan later this week.

While Royal Caribbean is resuming cruises out of San Juan this week, a timetable has not been given for when cruise ships will begin making day stops in Puerto Rico.

The cruise line is matching donations up to $1 million to aid Hurricane Relief efforts.

Pleased to announce that @RoyalCaribbean’s Adventure of the Seas will resume homeporting in San Juan on Saturday, October 7. #PRStrong pic.twitter.com/sZ7cie5pgD