Norwegian Cruise Line has announced that they have finished a bow to stern remodeling on three of their cruise ships, Norwegian Breakaway, Norwegian Sun, and Norwegian Star. 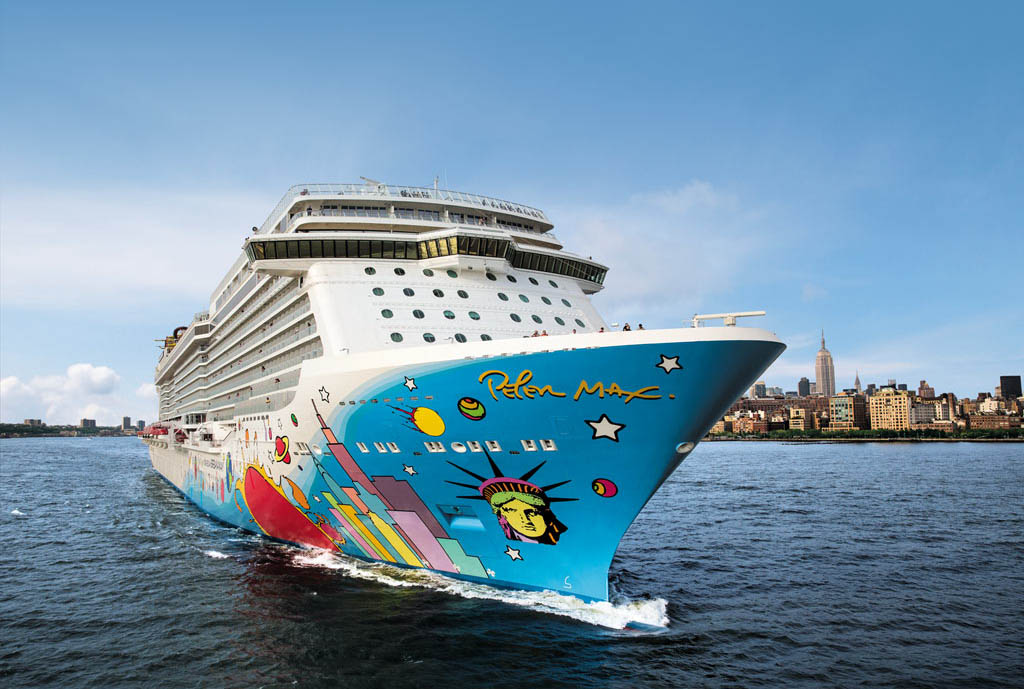 The refurbishments are a part of the cruise line’s The Norwegian Edge program. The program is designed to elevate the standard of excellence across its fleet. The revitalized ships now feature new designs and venues including Los Lobos Cantina, an upscale Mexican restaurant; the adults-only enclave, Spice H2O; and Syd Norman’s Pour House – an American rock ‘n’ roll bar and lounge, which makes its debut aboard Norwegian Breakaway.

Below are the new venues and upgrades that were given to the three cruise ships.

A testament to Norwegian Cruise Line’s commitment to providing the best entertainment at sea, Syd Norman’s Pour House is an authentic and immersive experience inspired by the greatest clubs in American rock ‘n’ roll history. Replacing Fat Cats Jazz & Blues Club, Syd Norman’s is a tribute to the grandfather of “Rock of Ages” playwright Chris D’Arenso and modeled after influential rock houses such as CBGB’s, The Rainbow and the Fillmore. Vintage décor, diner-style seating and an unforgettable playlist of classic rock from the late 1960’s to 1980’s come together to bring this high-caliber entertainment offering to life. Three times a week, cast members from “Rock of Ages” will treat guests to specialty cocktails named after rock ‘n’ roll classics such as “The Witchy Woman” among others in the interactive Syd Norman’s Experience. Guests will also rock-out to a five-person band playing classics six nights a week.

Additional upgrades include enhancements to Bliss Ultra Lounge with new, premium furniture; new carpet in all 2,014 staterooms and suites; a full transformation of the gift shop; and new carpet installations in the staircases, elevators and lobbies.

The Spinnaker Lounge replaces the Observation Lounge and showcases a fresh design with a natural color palette reminiscent of blue, beige and tan. New to the venue are leather chairs, carpet, chandeliers, wall coverings and a stone top bar.

All 968 staterooms were upgraded with smart televisions and USB ports as well as new carpet, artwork and select furniture. The newly revitalized accommodations pay tribute to the beauty of the surrounding ocean with a palette of cool blue hues and silver and turquoise accents. The adorning abstract art within the staterooms and suites are the ideal complement to the new and modern feel.

Sky High Bar showcases a new design complete with an updated bar and seating for close to 120 guests. Replacing Bier Garten, the outdoor bar and lounge offers the best views on board.

For the first time, Norwegian Star will offer the adults-only enclave, Spice H2O. This well-appointed venue features a private pool, hot tubs, full bar and uninterrupted ocean views. During the day, it makes an ideal spot for sunbathing, and at night, it transforms into an open-air lounge with live entertainment, DJs and energizing themed nights.

All 1,174 staterooms and suites were outfitted with USB ports, enhanced with over 1,500 works of art and upgraded with new carpet, headboards and select furniture. The three-bedroom garden villas which feature private deck areas and can accommodate up to seven people were also remodeled to offer a light and airy design.

Additional enhancements were made to the bars and lounges, restaurants and public spaces including Atrium Café & Bar, Garden Café and the main dining rooms. A VIP section was also added in the casino.