Norwegian Cruise Line has released the entertainment and recreation line-up that will be on their new cruise ship, Norwegian Encore.  The ship’s keel was laid earlier today and the 169,000 gross ton, 4,000 passenger ship will go into service in the Fall of 2019.  Norwegian Encore will sail to the Caribbean from Miami. 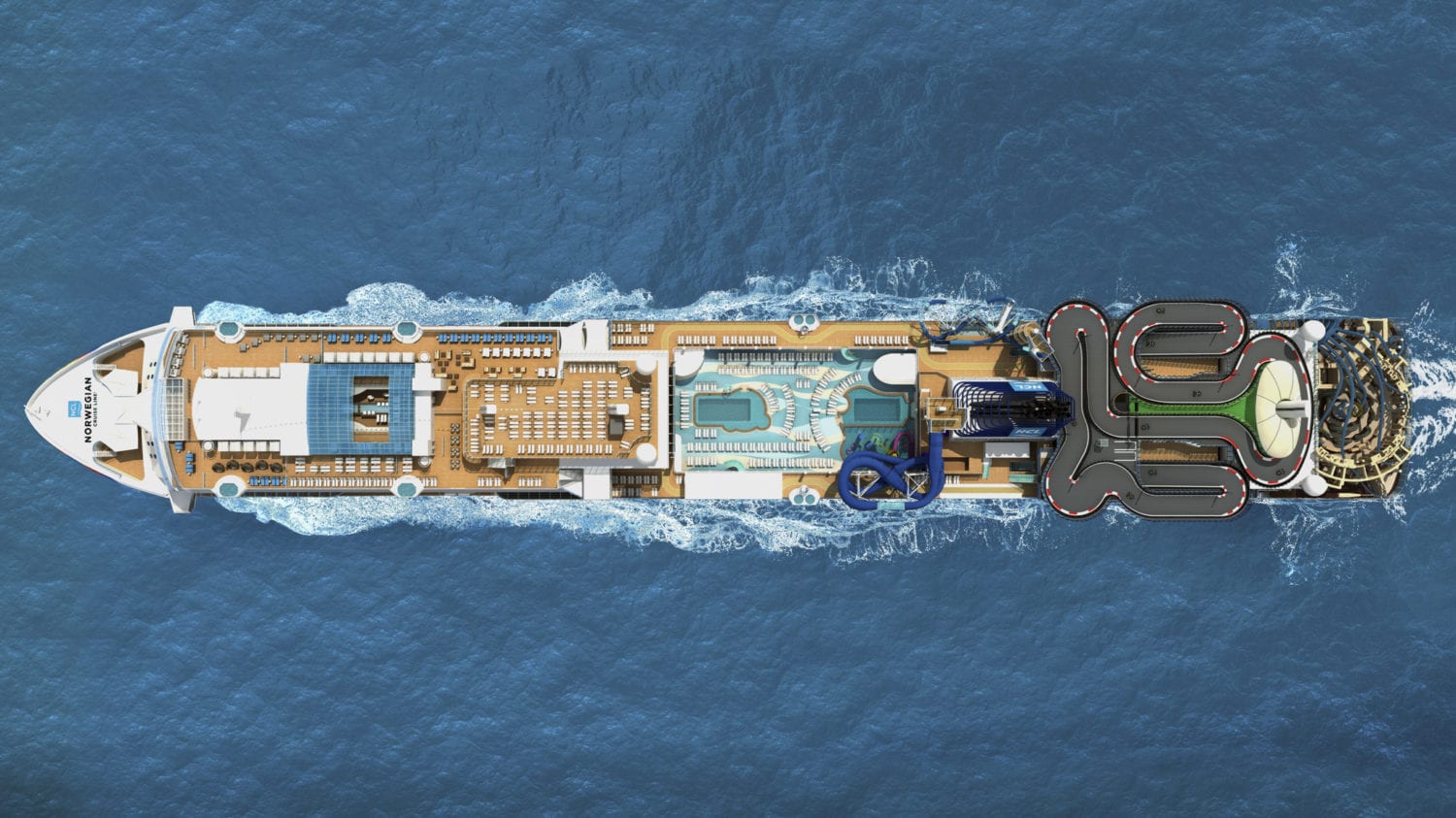 As the only cruise line to offer go-karts at sea, Norwegian Cruise Line is expanding its portfolio with a bigger and better two-level race track on Norwegian Encore. At nearly 1,150 feet, ten exhilarating turns and four points that extend up to 13 feet over the side of the ship, guests will enjoy the largest race track at sea. Additional upgrades include a covered viewing area in the center of the track where guests can provide passing go-karts with an additional turbo boost by tagging them with a laser beam. 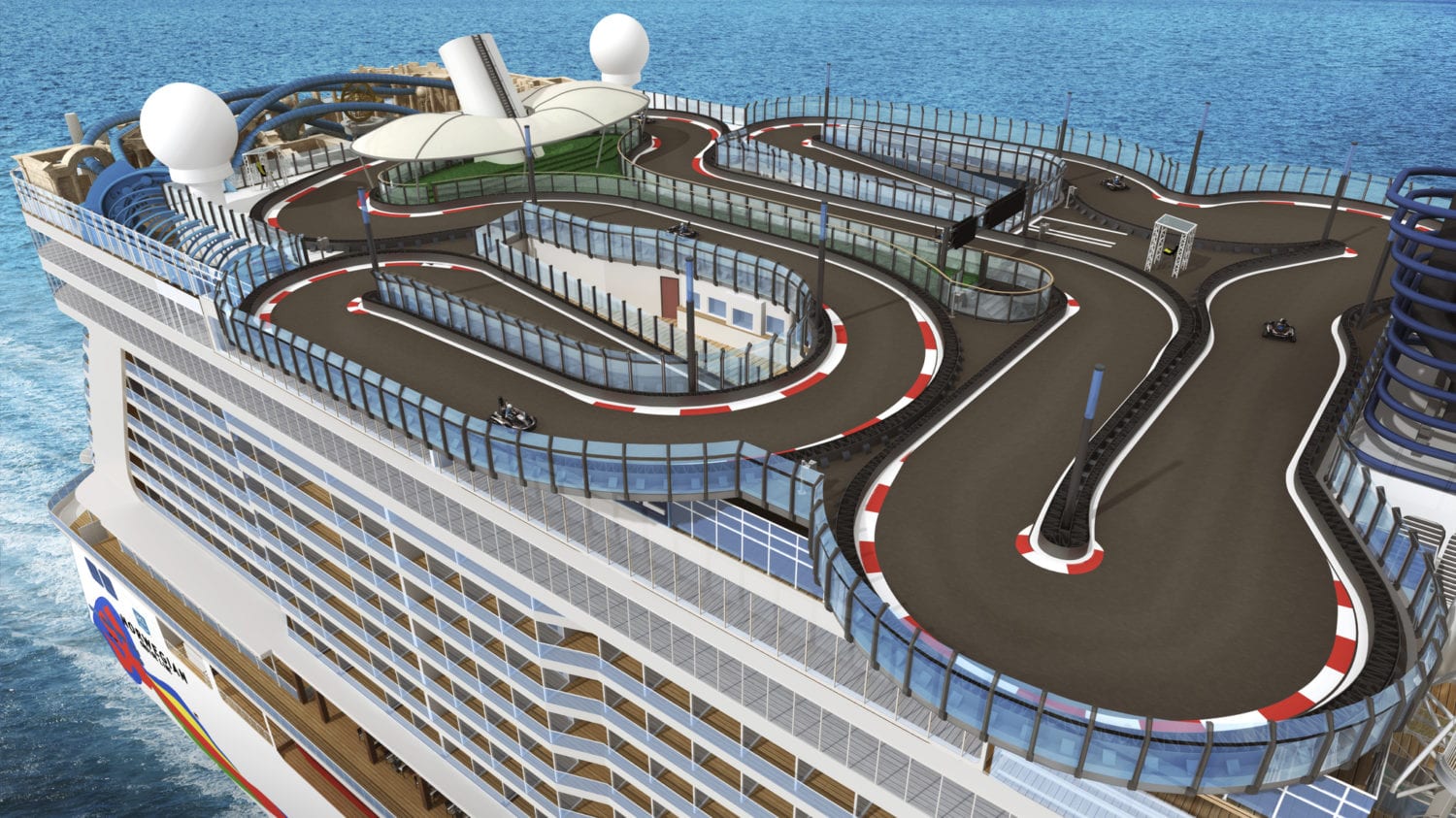 Norwegian Encore will also feature the Galaxy Pavilion, a more than 10,000-square-foot indoor virtual reality complex, showcasing cutting-edge technology and interactive gaming. From multisensory virtual experiences, simulators to an escape room taking guests on a labyrinth of adventures, guests of all ages will be able to find something to enjoy. View Prices on Cruises on Norwegian Encore 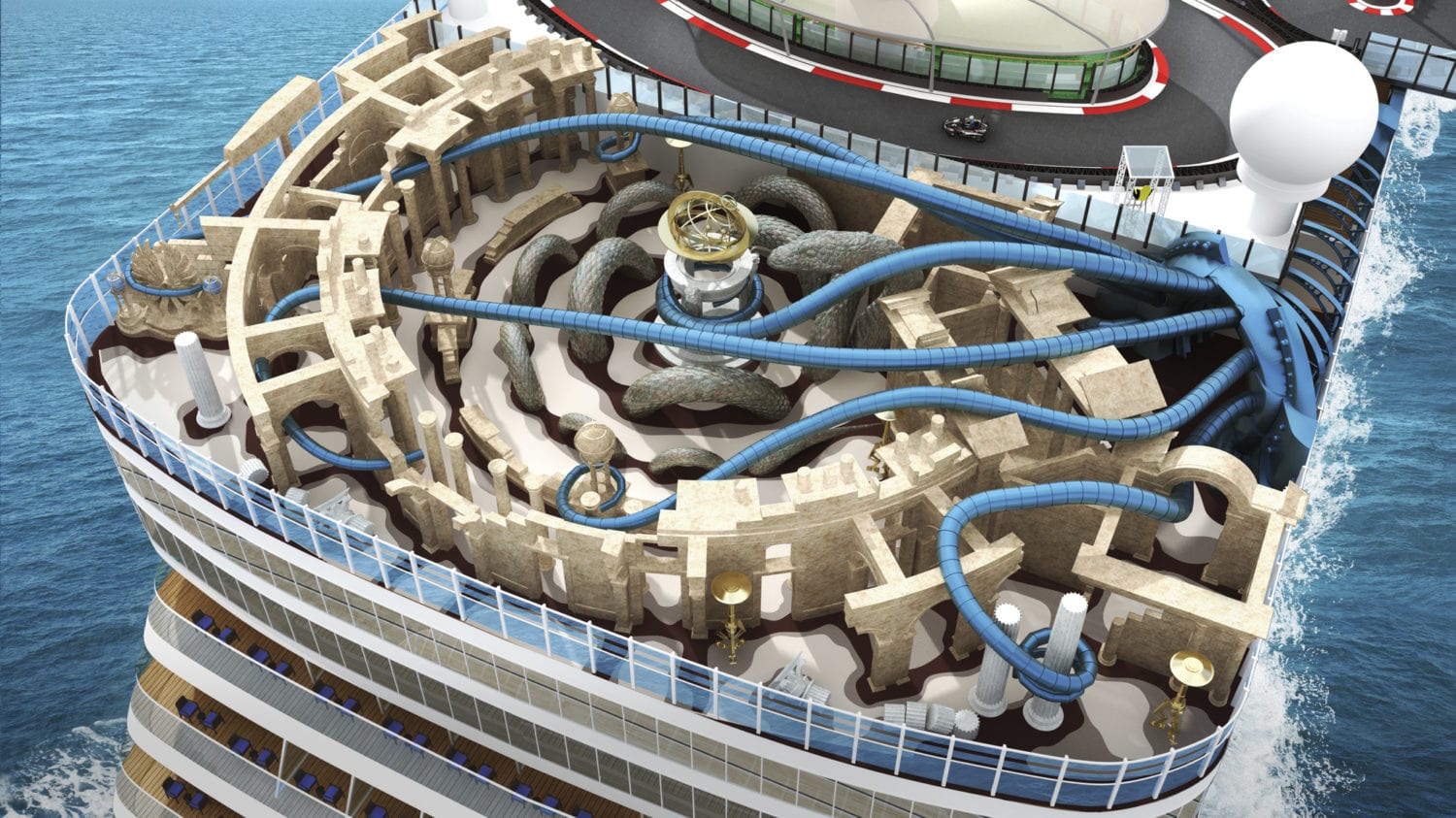 The industry’s only open-air laser tag arena made popular on Norwegian Bliss will reappear on Norwegian Encore, but this time as the resurrected lost city of Atlantis, with new elements for a more exciting and interactive experience. The ship will also feature the Aqua Park, which guests have come to expect of the Breakaway and Breakaway-Plus class, including two multi-story waterslides, one of which extends 11 feet over the edge of the ship and loops down to the deck below. 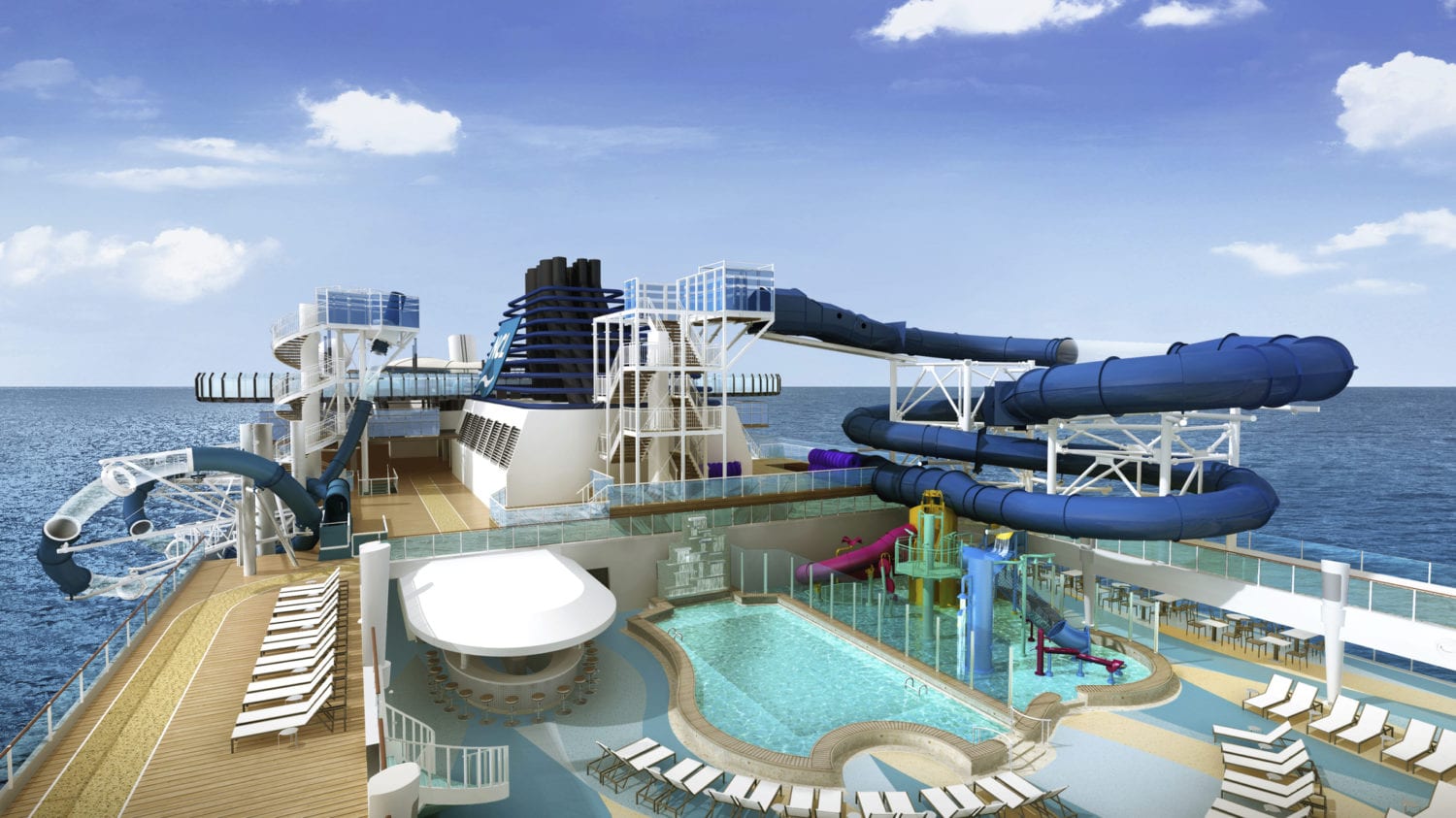 Exclusively on Norwegian Encore, “Kinky Boots” is a story about an unlikely partnership between a fabulous entertainer and factory owner, who through compassion and understanding embrace their differences and work together to create something the world has never seen before. Featuring original songs by Cyndi Lauper, the Broadway hit inspires audiences to feel free to be who they want to be.

Expanding on some of the most compelling entertainment at sea, “The Choir of Man,” which recently debuted on Norwegian Escape, combines high energy music, dance, live percussion and foot stomping choreography by the incredible talent of nine ordinary guys who perform everything from sing-along anthems to classic rock. 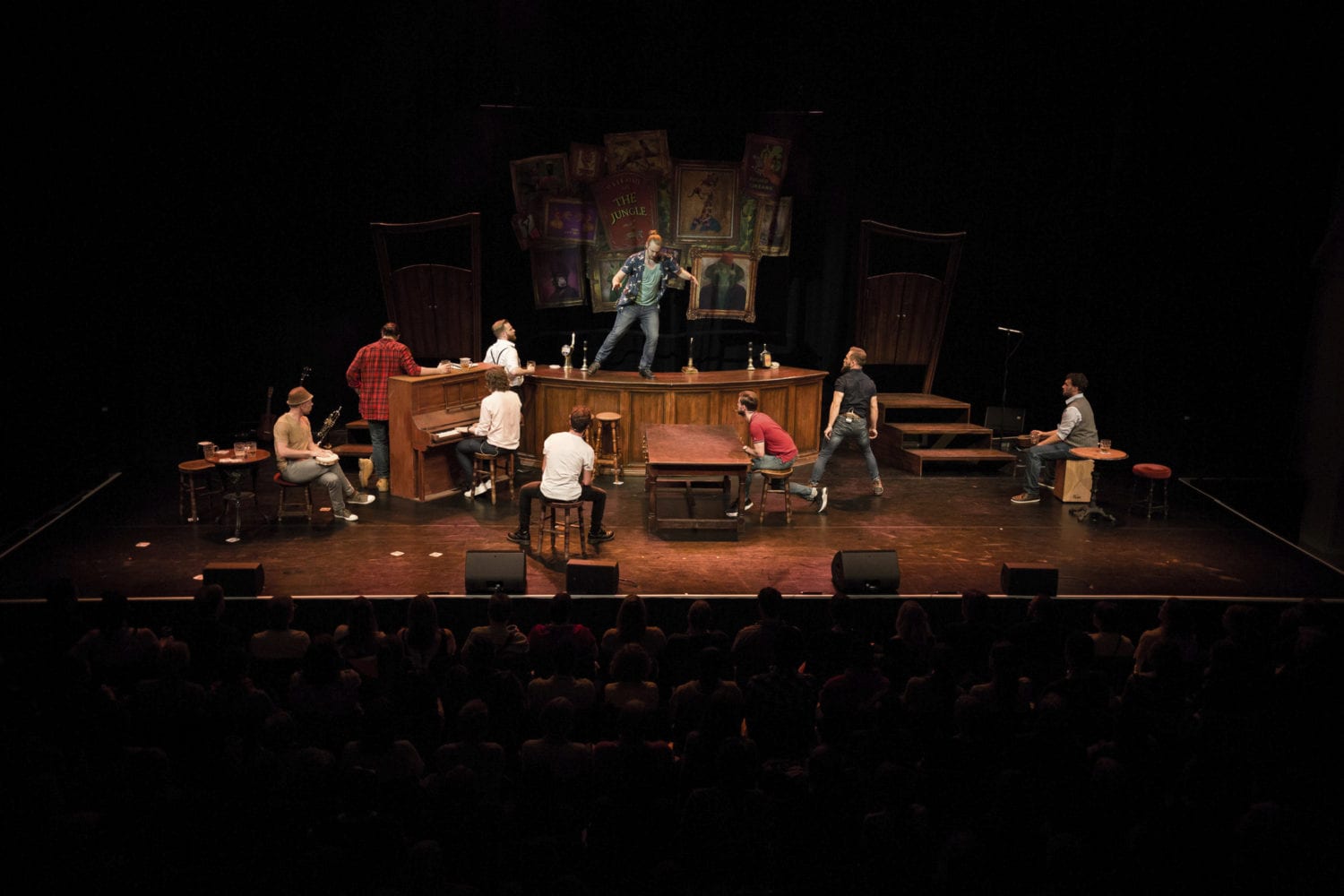 Additional entertainment that made a debut on Norwegian Bliss and will be available on Norwegian Encore include “Happy Hour Prohibition: The Musical,” the interactive cocktails and theater show, and guest favorite – The Cavern Club, which transports audiences back to the legendary Liverpool club with live musical performances from a Beatles cover band.