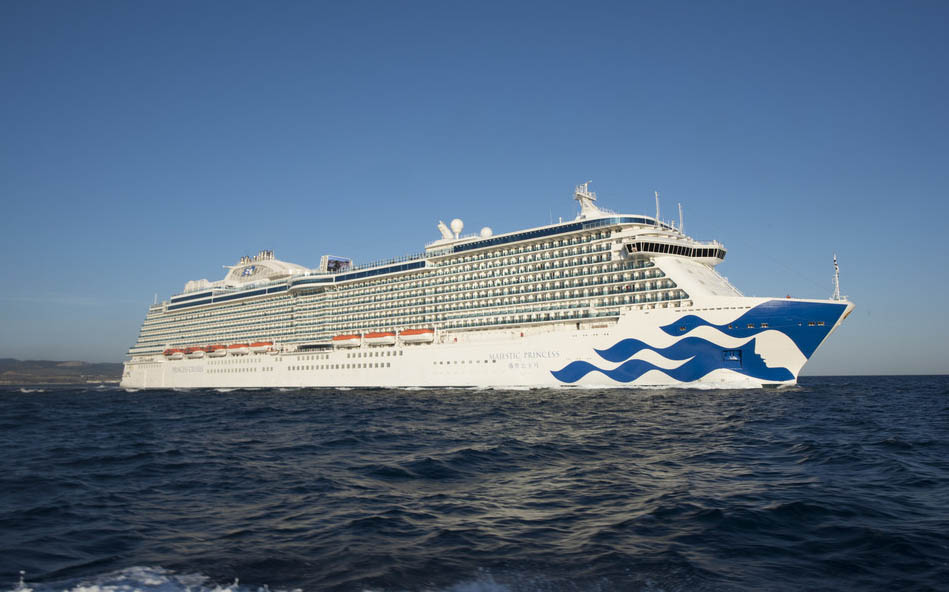 Princess Cruises and the Friendship Association held a press briefing and luncheon aboard prior to the ship’s departure. Madam Li Xiaolin, President of the Friendship Association, David Dingle, Chairman of Carnival UK, Roger Chen, Chairman of Carnival Asia and Malcolm Morini, of Rome’s Civitavecchia cruise port, among other officials, attended the event. The Ansai Youth Waist Drum team and the Luochuan Youth Yangge Dance team presented an authentic Shannbei style performance during the sail-away ceremony to celebrate the start of Silk Road Sea Route voyage.

Majestic Princess will visit some important Silk Road ports in countries including Greece, United Arab Emirates, India, Sri Lanka, and Malaysia before arriving in its first Chinese port of Xiamen. Majestic Princess will arrive in Xiamen on June 26 and begin her first home-port season in Shanghai on July 11.

In 2018, two 14-day Grand Asia voyages sailing between Shanghai and Singapore on the fleet’s newest ship will be available to guests throughout the world on Majestic Princess. These sailings will visit Japan, South Korea, Vietnam and Thailand, including spending more time ashore on the late night call in Hong Kong. The first voyage departs Shanghai on February 25, 2018, with the second departing Singapore on March 11, 2018.

Anthony Kaufman, executive vice president of international operations, Princess Cruises, gave the following statement: “Our partnership with the Friendship Association and celebrating Chinese culture reinforces our brand promise to provide authentic international experiences to our guests and reflects our commitment to the China market. The Chinese market is important to us and we are honored that Majestic Princess, our newest cruise ship which has been tailored for the Chinese market, will become a key part of this cross-cultural people to people program between the East and West.”

Majestic Princess is the newest cruise ship from Princess Cruises and the 3rd Royal class ship from the cruise line.