Carnival Cruise Line made their inaugural visit to Cuba today when Carnival Paradise arrived in Havana. 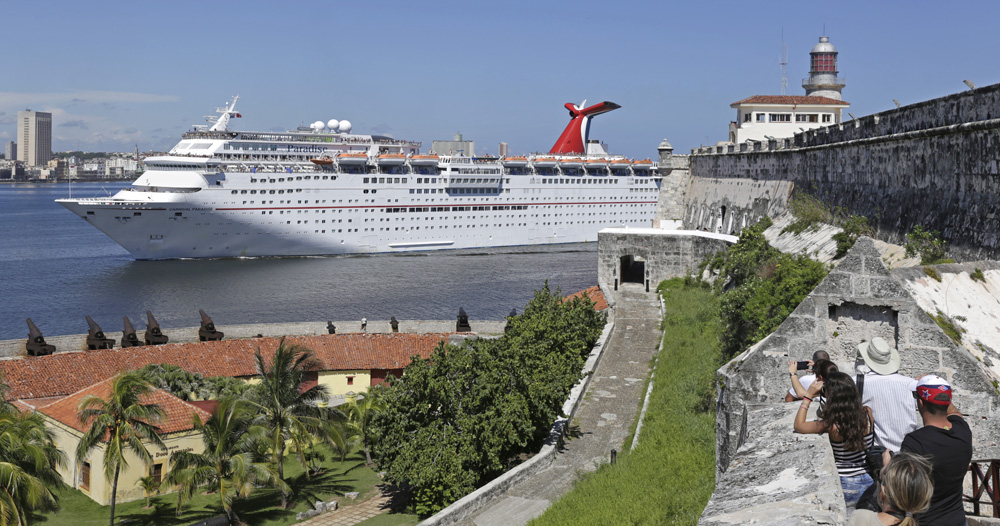 Carnival Paradise is the first Carnival cruise ship to visit Cuba.  The cruise line has sailed more than 34,000 voyages and gained approval to sail to the Caribbean nation earlier this year.

This is the first of 12 four and five day cruises to Cuba on Carnival Paradise from Tampa, Florida.  Each cruise includes a daytime and overnight call in Havana and provides vacationers a rare and exciting opportunity to explore the fascinating and historic destination. Additional cruises in the series depart  July 13, Aug. 14, 24 and 28, Sept. 7, 21 and 25, Oct. 5, 9 and 19, 2017; as well as May 3, 2018. Five-day voyages add a stop in either Cozumel, Mexico; or Key West, Florida.

Miami and Tampa Cuban cultures were uniquely represented in the “World’s Largest Cuban Sandwich at Sea.” The gargantuan 10-foot-long sandwich contained the traditional ingredients of all Cuban sandwiches: a light white bread, five pounds of sliced ham, 50 pounds of marinated and roasted pork, six pounds of Swiss cheese, one gallon of dill pickles and mustard and mayonnaise. But this sandwich had a twist.

There is a long-standing rivalry between Tampa and Miami about which city can claim the most authentic Cuban sandwich recipe. Tampa’s Cuban community predates Miami’s and in Tampa they include one additional ingredient — Genoa salami — as a salute to the city’s large Italian population. In a spirit of solidarity and cooperation, the “World’s Largest Cuban Sandwich at Sea” was created to be half Miami-style and half Tampa-style with the addition of eight pounds of Genoa salami.