A cruise line has announced a new itinerary in 2018 that will visit the forgotten island in the South Pacific, Tahiti Iti. 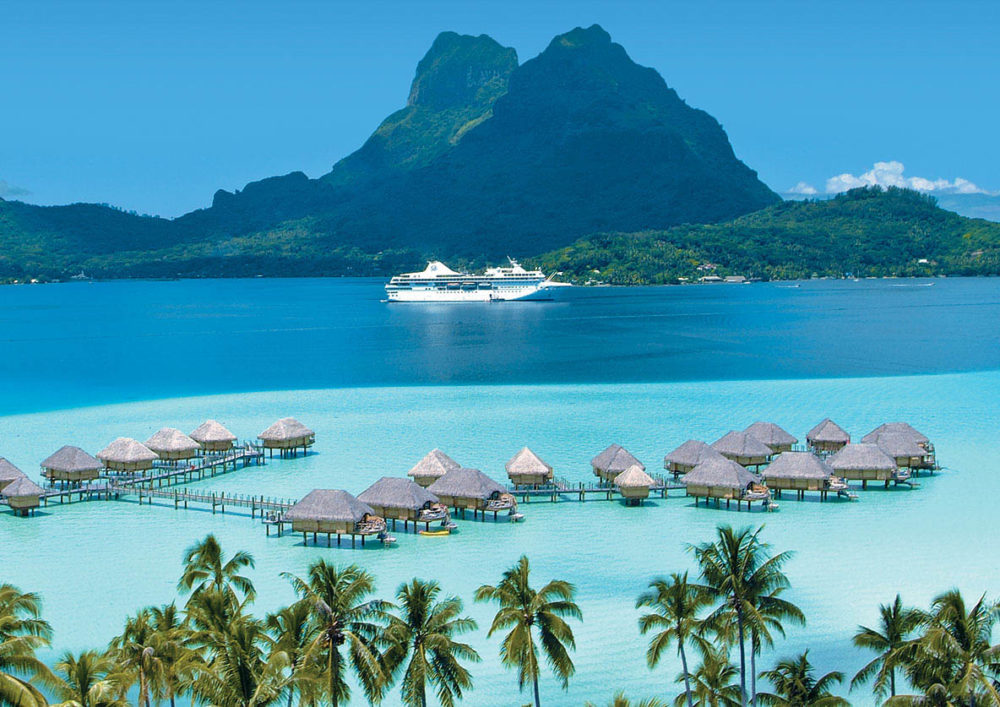 Paul Gauguin Cruises operates the highest-rated and longest continually sailing luxury cruise ship in the South Pacific. They will be the first cruise line to visit the port city of Vairao in Tahiti Iti, which is the smaller of two landmasses comprising the island of Tahiti, and offers a wild coastline, marae (temples), Polynesian culture, and surfing fame.

View Prices on Cruises to Tahiti on Paul Gauguin Cruises

Bonjouir’s Garden of Eden: Located at the far end of Tahiti Iti, this nature sanctuary is one of the most preserved areas of the entire island of Tahiti. A river winds across it with freshwater swimming ponds throughout, and vestiges of marae (ancient temples) Tapihoa and Pae Pae can be found toward the back of the garden. During the visit, two guided tours are available: one on local flora and another encompassing legends of the Fenua Aihere.

Highlights of Tahiti Iti: Teahupoo is a small village in Tahiti Iti that is well-renowned for its surfing wave and as home of the Billabong Pro Tahiti—one of the largest international surfing competitions in the world. After exploring Teahupoo, the journey continues to the northern coast of the peninsula toward Taravao, to admire the volcanic shape of Tahiti and the isthmus of Taravao. Then, on through Taravao’s isthmus, which separates Tahiti Nui from Tahiti Iti, to reach Vaipahi Gardens, where more than 75 species of vegetation grow, all kept hydrated by water from Lake Vaihiria, Tahiti’s only freshwater lake.

Tahiti Iti Lagoon & Teahupoo Surf Point Cruise: Offers the opportunity to snorkel through stunning turquoise lagoons and among coral reefs highlighting the natural beauty of Tahiti Iti. From Vairao, the boat cruises through the Vairao Pass before a snorkel stop at a beautiful coral garden with colorful marine life at Teava-Iti pass. Then, it ventures close to the world-famous Teahupoo surfing wave, which is home to some of the most impressive surfing in the South Pacific.

Half-Day Tour by E-Bike: Guests can explore Tahiti Iti by e-bike, a bike that is equipped with electric motors and gears, and ride from Vairao to the village of Teahupoo to see the famous surfing wave. They then journey through Taravao Town, Taravao Plateau, and up to Belvedere Point to witness stunning views of Tahiti and Iti.

Tahiti Golf Excursion—18 Holes: The Olivier Bréaud International Golf Course is known by golfers as Tahiti’s best-kept secret. This 18-hole course provides a beautiful setting on what was once a cotton plantation and offers circulating fairways among rich, tropical, and colorful vegetation, including breadfruit, lemon, grapefruit, lychee, and avocado trees. Created in the 1970s, the course is 3.7 miles (5,950 meters) long for a 72-stroke par, and is approved by the French Golf Federation. The Open International de Tahiti is hosted here and is part of the PGA and FPG circuit.

SCUBA The Marado: Certified Experienced Divers—Tahiti iti is the only place in French Polynesia with a true drop-off, and located just outside the reef of Vairao’s bay is The Marado dive site. Divers swim along the drop-off to a maximum depth of around 90 feet (29 meters) with the chance to observe a diversity of reef fish, different kinds of hard and soft corals, sea anemones, and the unique topography as a pinnacle rises along the drop-off with great visibility. At the end of the dive, and if conditions are favorable, the shallow canyons at the top of the reef may be visited.

SCUBA The Sea Fans: Certified Experienced Divers—Another dive site in French Polynesia with a true drop-off is The Sea Fans, which is located on the outside reef of Vairao’s bay. Divers swim along the drop-off to a maximum depth of around 90 feet (29 meters) for the chance to observe the diversity of reef fishes and different kinds of corals, including beautiful sea fans that are rare to observe in French Polynesia.