Carnival Corporation is the world’s largest travel and leisure company operating nine cruise lines all around the world.   Carnival operates 103 cruise ships across some of the most popular cruise lines including Carnival Cruise Line, Princess Cruises, and Holland America Line. 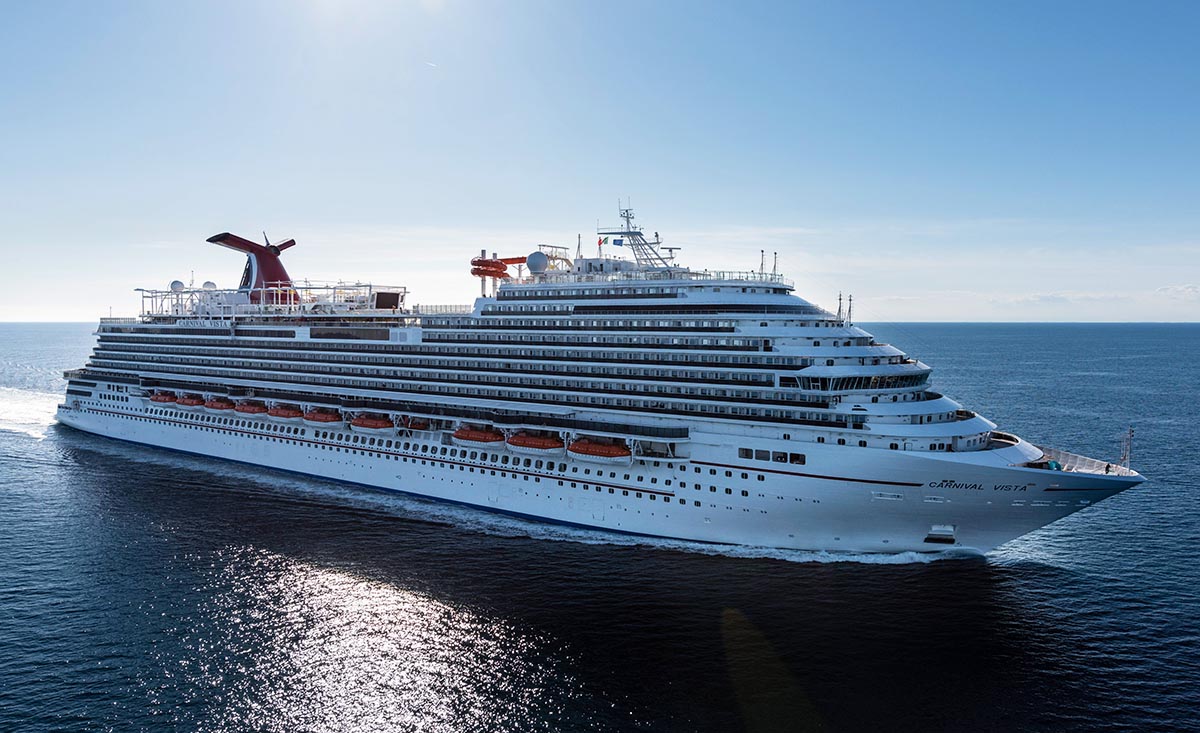 Carnival Corporation launched two new cruise ships (Carnival Horizon and Seabourn Ovation) in the first half of 2018 and has another two scheduled to go into service later this year.

The cruise giant continues to expand as these nine cruise lines owned by Carnival currently a total of 18 new cruise ships set to debut over the next few years, including the company’s largest cruise ships ever at 183,900 gross tons. They will also be Carnival’s greenest ships ever and be powered by LNG.  Here are the 18 cruise ships that are on order by Carnival Corporation grouped by cruise line.

Holland America Line has two cruise ships on order.  The cruise line will launch their second Pinnacle class ship, Nieuw Statendam, later this year.  A third and currently unnamed vessel will follow in 2021.

Carnival Cruise Line, the largest cruise line in the world, has three new cruise ships on order.  Carnival Panorama will debut in 2019 and will sail cruises to the Mexican Riviera from Long Beach, California.

Princess Cruises has three more Royal class cruise ships on order. The first, Sky Princess, will debut in October 2019 and begin sailing in the Mediterranean.  A fifth and sixth ships will enter service in 2020 and 2022.

Cunard Line is adding a fourth ocean liner to their fleet in 2022.  Not many details have been released about this new vessel except that it will carry 3,000 passengers. The liner will offer the Cunard experience that can’t be matched on any other cruise line.

AIDA Cruises, Carnival’s cruise line that caters to Germans, has three 183,900 LNG powered cruise ships on order.  The first, AIDAnova, will arrive later this year and will be the largest cruise ship ordered by Carnival Corporation.  A second and third vessels will enter service in 2021 and 2023.

Costa Cruises also has two 183,900 gross ton, LNG powered cruise ships coming out over the next three years.  The first (Costa Smeralda) will debut in 2019 and carry 6,600 passengers.  The second will arrive a year later in 2021.

Ben Souza
Ben is a world traveler who has visited 40+ countries and taken over 70 cruises. His writings have appeared and been cited in various media outlets such as Yahoo News, MSN, NPR, Drudge Report, CNN, Fox, and ABC News. Ben currently resides in Cincinnati, Ohio. Follow Ben on Instagram. Visit Ben Souza on Linkedin. You may email Ben at [email protected]
Cruise NewsCarnival's Nine Cruise Lines Have 18 More Cruise Ships Coming Out
Previous article
Cruise Lines with the Highest Scoring Cruise Ships During Recent Inspections
Next article
Cruise Line’s New Ship Has Cabins You Can Live In, an Ocean Lap Pool, and Beds Under the Stars