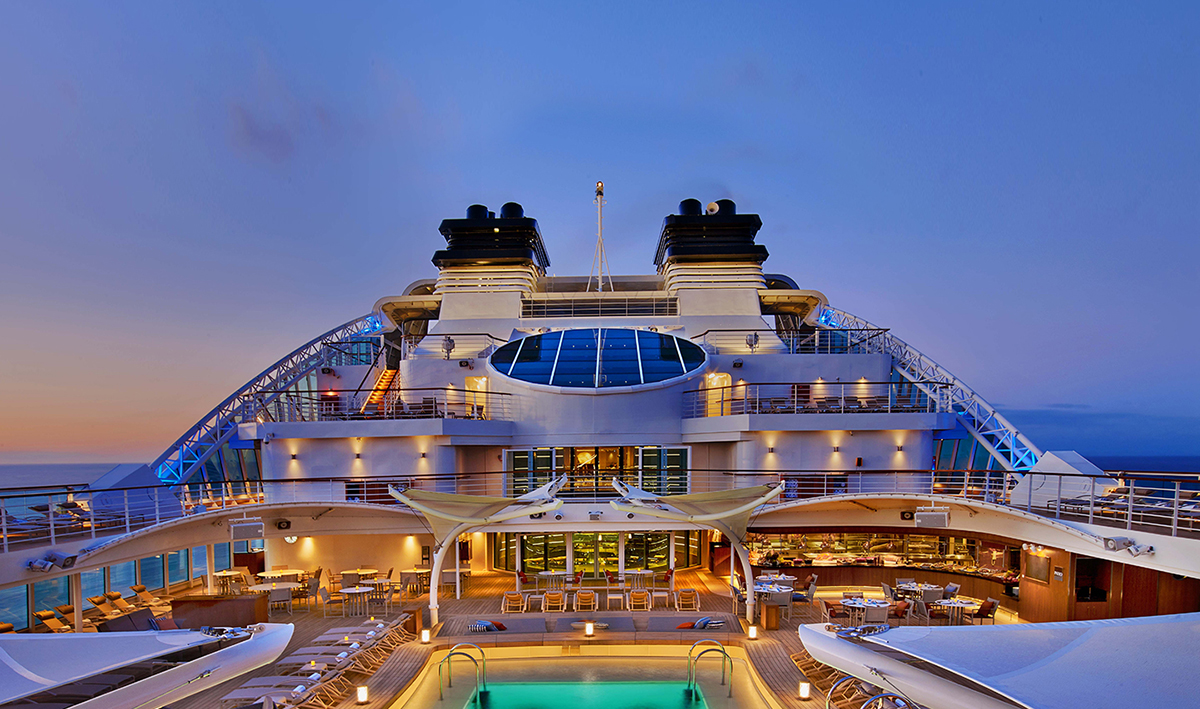 The four new cruise ships are part of Carnival Corporation’s ongoing fleet enhancement strategy, which will build on the delivery of Carnival Horizon and Seabourn Ovation with 18 new cruise ships scheduled for delivery between 2018 and 2023. The new ships continue the corporation’s focus on providing experiences that consistently exceed guest expectations while also creating excitement and accelerating demand for cruising, the fastest growing segment in the vacation industry.

Seabourn Ovation was officially launched at a naming ceremony in Valletta, Malta, to commemorate its entry into service for the Seabourn fleet. One of the world’s most highly-acclaimed actresses and singers, Elaine Paige, served as godmother and named the ship during a ceremony that lit up the UNESCO World Heritage site and the 2018 European Capital of Culture.

Seabourn Ovation was delivered on April 27 during an official handover ceremony at the Fincantieri shipyard in Genoa, Italy. Following the delivery ceremony, Seabourn Ovation began her maiden season with an 11-day inaugural voyage departing May 5 from Venice, Italy, and culminating with its arrival in Barcelona, Spain.

Together, the corporation’s cruise lines operate 103 ships with 234,000 lower berths visiting over 700 ports around the world, with 18 new ships scheduled to be delivered between 2018 and 2023.

In 2017, Fast Company recognized Carnival Corporation as being among the “Top 10 Most Innovative Companies” in both the design and travel categories. Fast Company specifically recognized Carnival Corporation for its work in developing Ocean Medallion, a high-tech wearable device that enables the world’s first interactive guest experience platform capable of transforming vacation travel into a highly personalized and elevated level of customized service.

Ben Souza
Ben is a world traveler who has visited 40+ countries and taken over 70 cruises. His writings have appeared and been cited in various media outlets such as Yahoo News, MSN, NPR, Drudge Report, CNN, Fox, and ABC News. Ben currently resides in Cincinnati, Ohio. Follow Ben on Instagram. Visit Ben Souza on Linkedin. You may email Ben at [email protected]
Cruise NewsCarnival Launches Second of Four New Cruise Ships in 2018
Previous article
5 Carnival Cruise Ships You Need to Sail On
Next article
Carnival Cruise Line’s 48 Hour Sale, Cruises From $69 Per Day