Carnival Cruise Line has moved Carnival Sunshine to the Port of Charleston where the cruise ship has begun sailing four to 11 night cruises from the port. 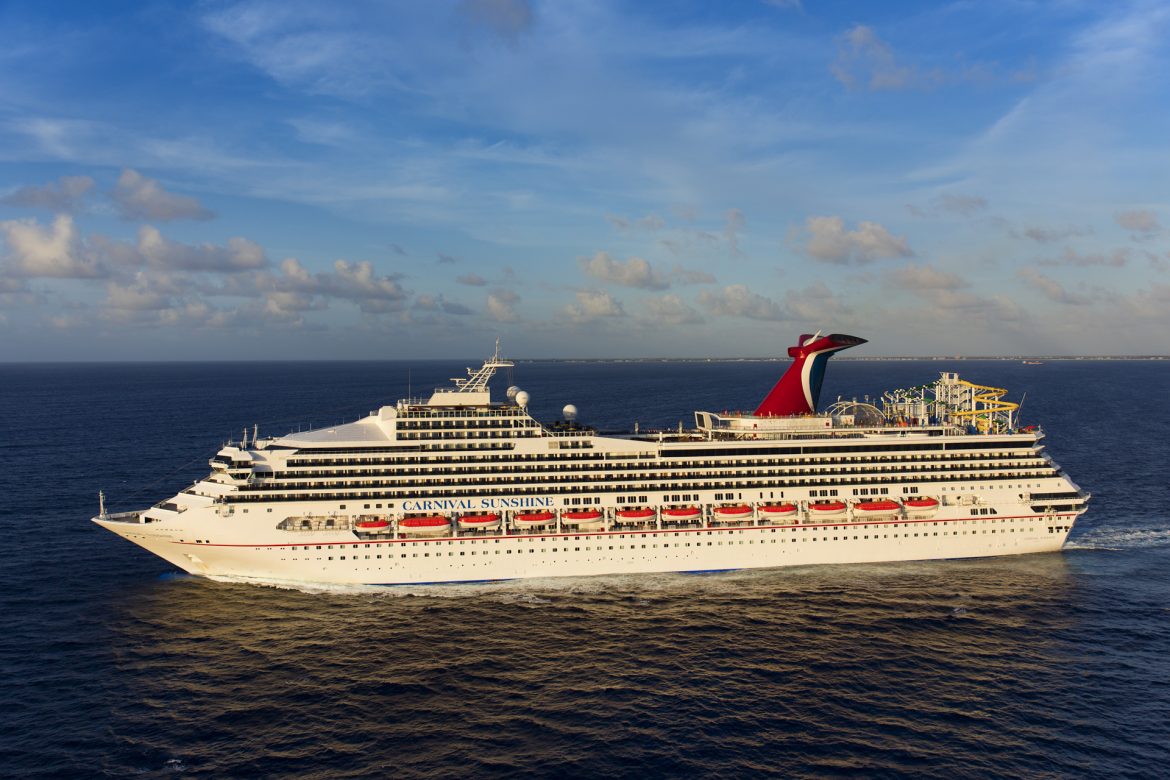 Also offered are longer-length 10- and 11-day Carnival Journeys sailings to the Caribbean with day-long calls at tropical islands, opportunities to sample local cuisine and entertainment and activities like a retro Throwback Sea Day.

In addition to featuring more than 500 balcony staterooms and nearly 50 suites, Carnival Sunshine offers a wide range of onboard amenities that include stunning outdoor spaces like a three-level Serenity adults-only retreat, a suspended ropes course and Speedway Splash, dual racing slides that are part of an expansive WaterWorks aqua park.

Charleston is an important part of Carnival’s ship deployment strategy in which the line positions ships near large U.S. population bases along the East and West Coasts and the Gulf of Mexico. Carnival sails from 20 different North American homeports providing a convenient and cost-effective means for its guests to get to and from their cruise. It’s estimated that roughly half of the U.S. population is within a day’s drive of a Carnival homeport.

Carnival launched Charleston’s first year-round cruise program in 2010 and the departures attract guests from across the Southeast and other regions. Carnival and other cruise operators generate $131 million in direct expenditures and account for nearly 2,400 jobs and $93 million in wages toward the South Carolina economy.

With Carnival Sunshine repositioning to Charleston, Carnival Ecstasy was deployed to Jacksonville for year-round four- to seven-day cruises to the Bahamas and Caribbean. In turn, Carnival Elation, previously based in Jacksonville, shifted to Port Canaveral for a new four- and five-day Caribbean/Bahamas schedule from the Space Coast.