16 Awesome Features Found on the Lido Decks of Cruise Ships

SeaWalk – Hovering 128 feet above the sea, this glass bottom walkway that extends off the side of the ship features unparalleled views of the ocean below. The SeaWalk can only be found on the Royal class ships from Princess Cruises. 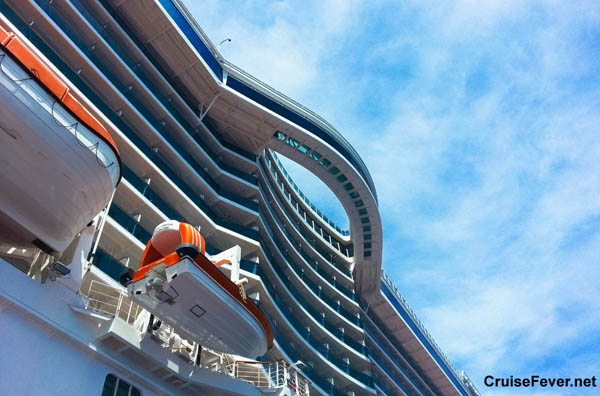 North Star – A pod that rises over 300 feet over the ocean, the North Star offers breathtaking 360 degree views of the ship. The North Star is featured on Royal Caribbean’s Quantum class ships. 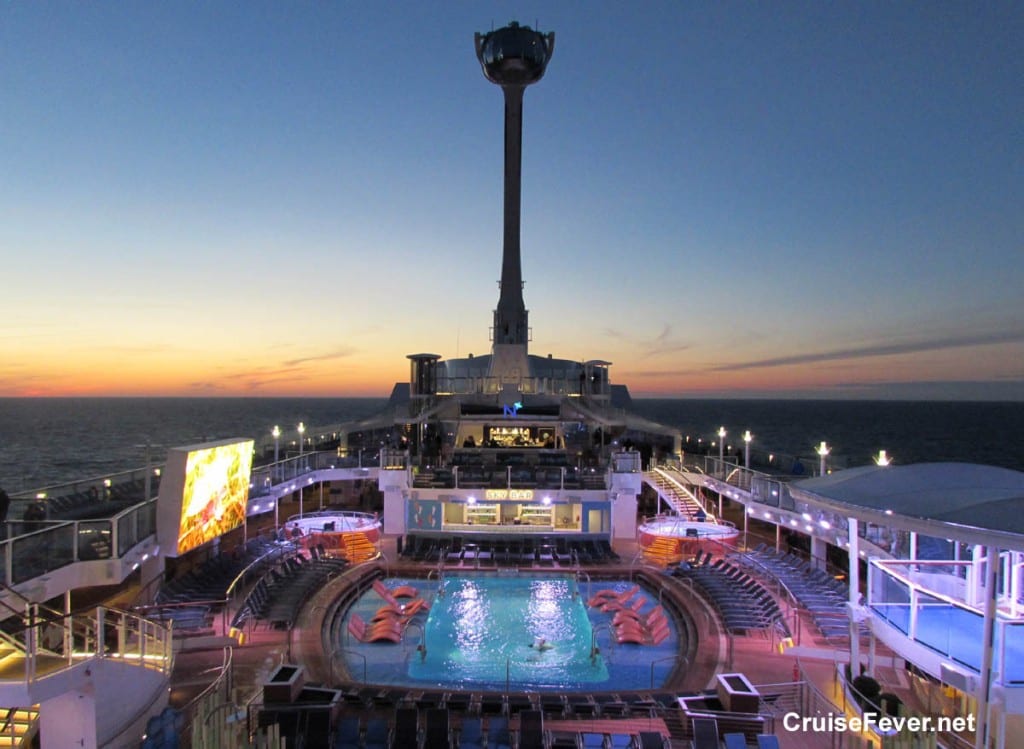 Fountain Show – The lido deck on Royal Princess,Regal Princess, and Majestic Princess come to life at night with a water, light, and sound show. 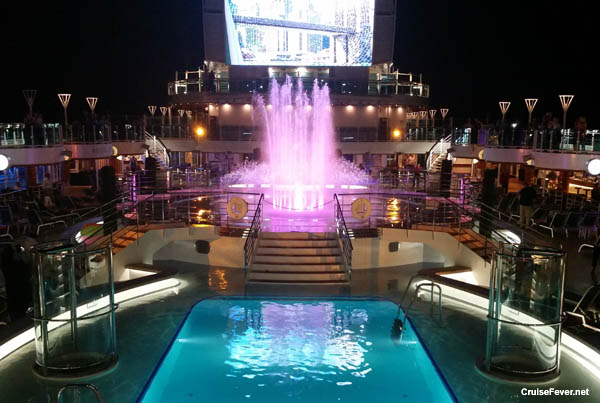 AquaDuck – The AquaDuck is a watercoaster that travels 765 feet around the lido deck of the Disney Dream and Disney Fantasy.  This elevated water coaster drops a span of four decks and off the side of the ship and through the Forward Funnel. 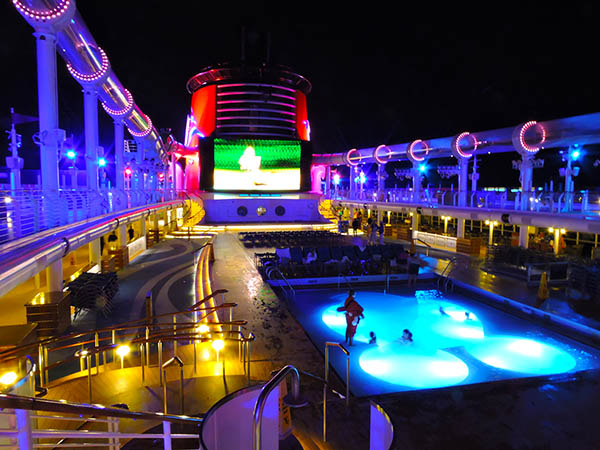 The Plank – Featured on the Norwegian Escape, Norwegian Breakaway, and Norwegian Getaway, cruise passengers can “walk the plank” that extends eight feet off the side of the ship and 165 feet above the ocean.

F1 Simulator – Do you have what it takes to drive a Formula 1 race car? Give it your best shot at this F1 simulator found just steps away from the lido deck on the MSC Divina. 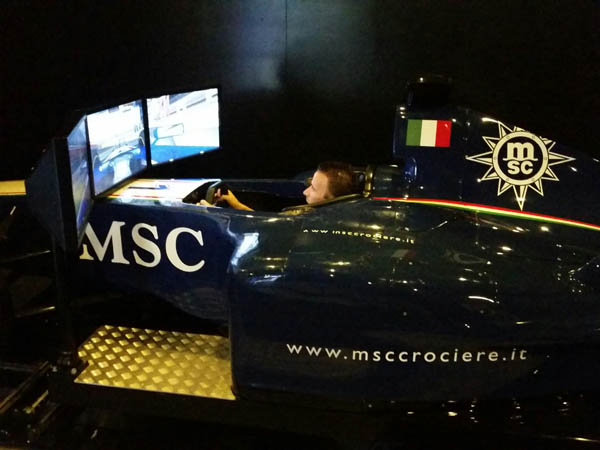 Zip Line – A feature that is found on the two largest cruise ships in the world (Oasis of the Seas and Allure of the Seas), this 82 foot zip line extends nine decks above the Boardwalk.  A few Norwegian ships also have a zip line as part of their ropes course.

Power Drencher – How do you cool off in the hot Caribbean sun? Just stand under this 300 gallon super sized bucket of water that is found on a select few Carnival cruise ships. 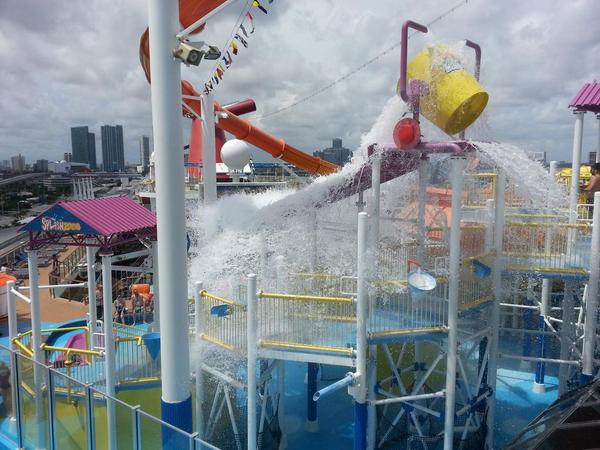 Free-Fall Aqualoop – These multi-story waterslides will drop you at the speed of 4Gs and are only found on the Norwegian’s Breakaway class ships. 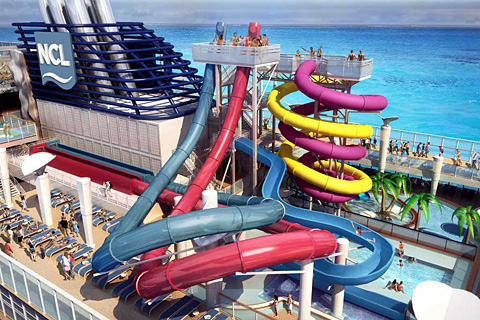 FlowRider – Go surfing at sea on the Flowrider that can be found on Royal Caribbean’s Quantum, Oasis, Freedom, and Voyager class cruise ships. 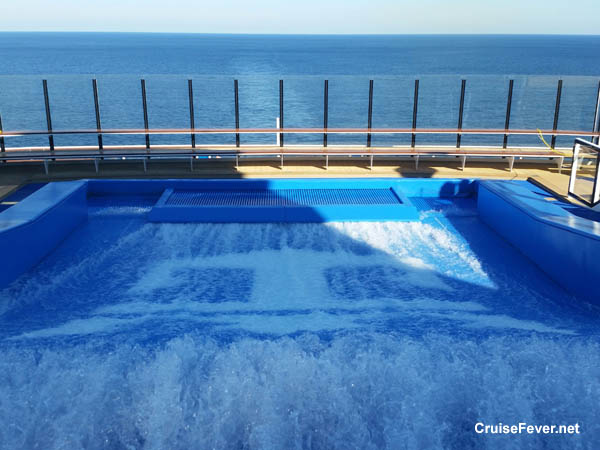 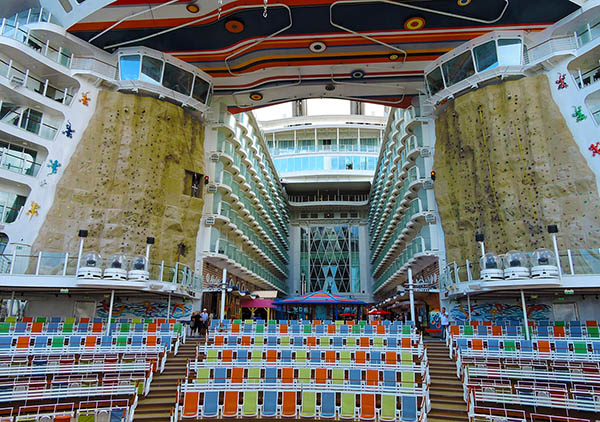 Epic Plunge – This tube bowl water slide can be found on the Norwegian Epic and is a great way to cool off on sea days.. 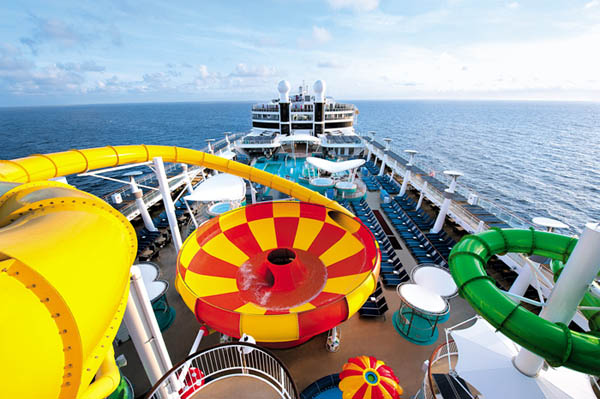 Movies Under the Stars– While every cruise ship that has been built over the past few years has a large TV screen on the lido deck, Princess Cruises has perfected the experience with MUTS. Watch a movie on the largest screens at sea (Royal Princess/Regal Princess) while the staff serves warm cookies and milk, popcorn, and pizza. 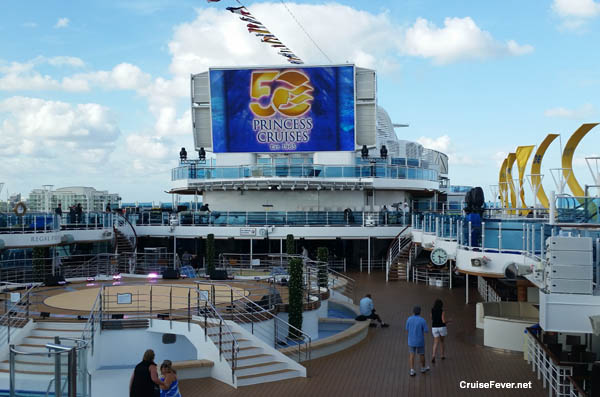 The Ultimate Abyss – Found only on the world’s largest cruise ship Harmony of the Seas, the Ultimate Abyss is a slide that drops over 100 feet and has the title as the tallest slide at sea. 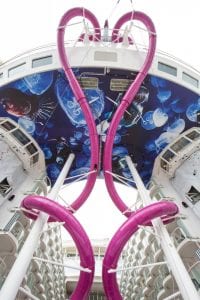 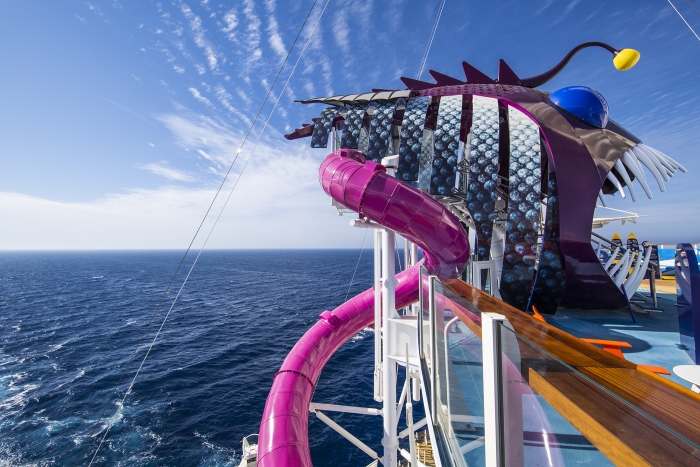