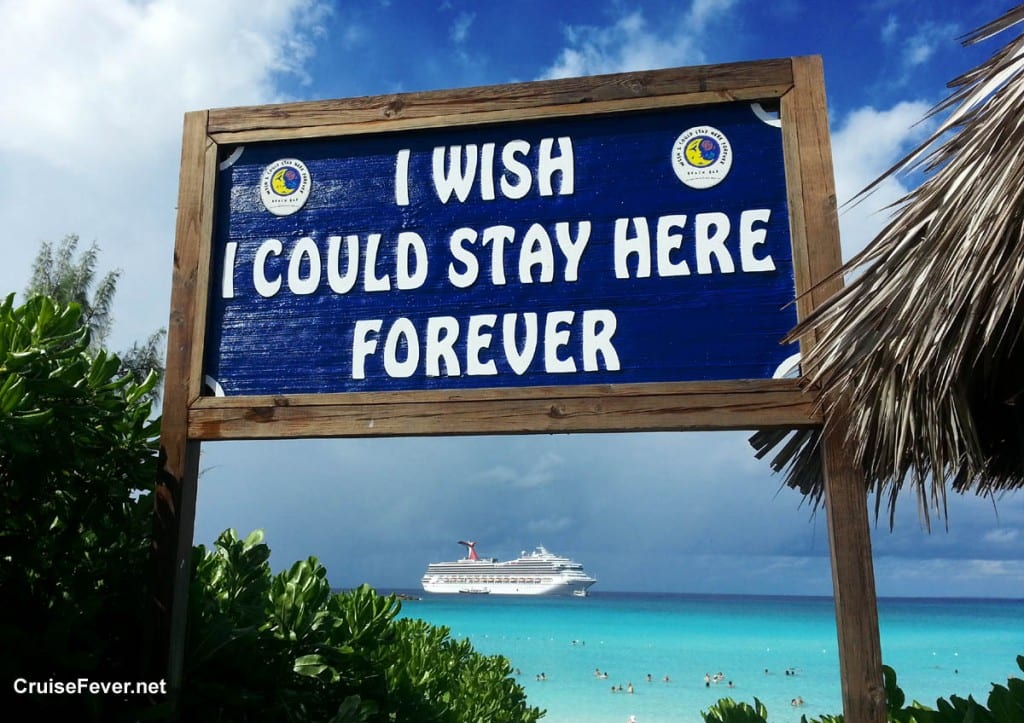 Located in the Bahamas, Half Moon Cay is owned by Holland America Line (Carnival Corp.) and is a pure slice of paradise.  The mile long crescent shaped beach is lined with white sand and palm trees, a perfect beach day on a cruise.  Want to visit Half Moon Cay?  You will have to take a Holland America or Carnival cruise to the Eastern Caribbean to stop here.

Labadee, Haiti finished second in voting for the best private island.  Although it is not an island, it was included in the voting since it is a private resort for Royal Caribbean’s cruise ships.

Coming in a close third place was Disney Cruise Line’s Castaway Cay.  This island in the Bahamas is the only private island owned by a cruise line that has a pier for ships to dock at so there is no need for passengers to tender.

Voting took place on CruiseFever.net throughout 2014.  Multiple votes from the same IP address were discarded to give each household one vote.

Ben Souza
Ben is a world traveler who has visited 40+ countries and taken over 70 cruises. His writings have appeared and been cited in various media outlets such as Yahoo News, MSN, NPR, Drudge Report, CNN, Fox, and ABC News. Ben currently resides in Cincinnati, Ohio. Follow Ben on Instagram. Visit Ben Souza on Linkedin. You may email Ben at [email protected]
Cruise NewsHalf Moon Cay Voted Best Private Island For 2nd Straight Year
Previous article
Cruises to Cuba May Be Right Around the Corner
Next article
Carnival Orders Another Cruise Ship, Sister Ship to Carnival Vista