Norwegian Escape To Feature The Largest Waterpark At Sea

Norwegian Cruise Line has released a few more details about the Norwegian Escape that is set to debut in the fall of 2015.  This first Breakaway Plus class ship will be the largest ship in Norwegian’s fleet when completed at 164,600 gross tons. 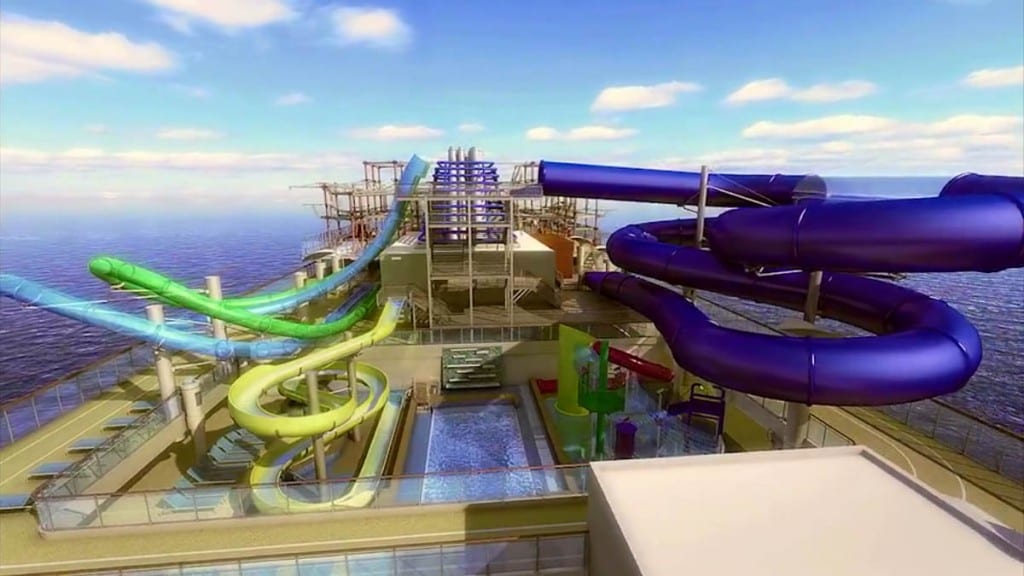 The 4,200 passenger cruise ship will have the largest waterpark at sea and will feature four waterslides, several water canons, and an expanded Kid’s Aqua Park.  This three story multiplex will also have the largest ropes course at sea with five Sky Rails and two planks.

The Aqua Park will have two swimming pools as well as four hot tubs.  There will be a full sized basketball court and Norwegian’s first bocce ball court as part of the sports complex.

A Teenage Mutant Ninja Turtle themed 9 hole mini golf course will be the highlight of this Nickelodeon themed funzone. Norwegian is also adding their first nursery at sea for children two and under.

The cruise line previously announced that the Norwegian Escape will have the first Margaritaville at Sea and that the legendary Tobacco Road bar will be opening onboard.  The Escape will sail week long cruises to the Caribbean out of Miami, Florida beginning on November 14, 2015.

Cruise Fever will continue to have all updates as Norwegian Cruise Line announces features that will be on the Norwegian Escape.

Video of some of the features that will be on the Norwegian Escape.