Update December 12, 2014: All passengers were flown back to Miami on a charter flight.  Oceania has cancelled the December 17 sailing so repairs can be made to the ship.

A fire broke out in the engine room of Oceania Cruises’ Insignia while the cruise ship was docked on the island of St. Lucia on Thursday morning.  The fire left three dead, one crew member and two contractors. 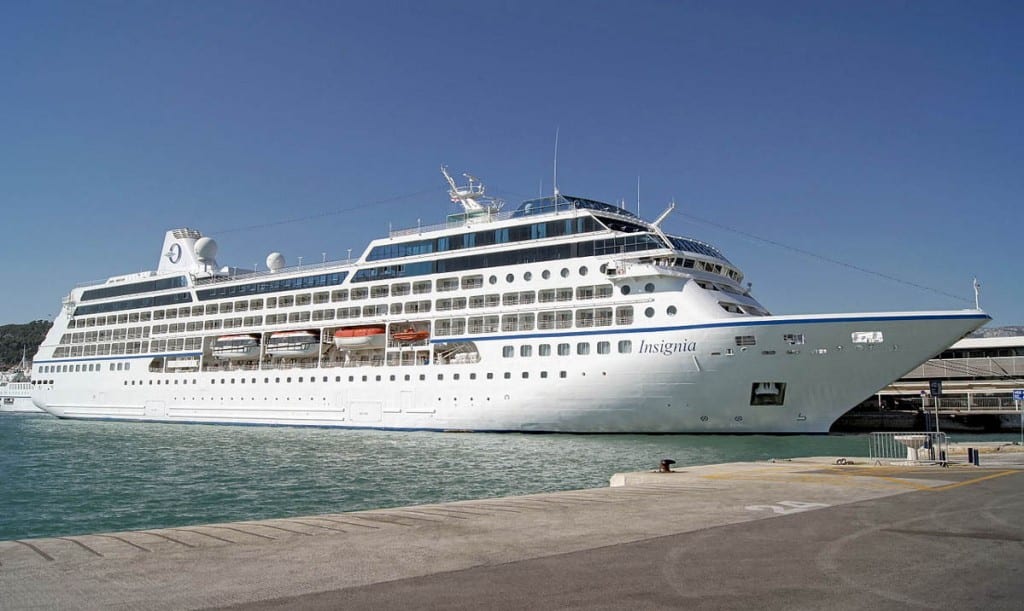 The fire happened at approximately 9:30 a.m. on Thursday and all passengers were evacuated from the ship. There are no reports of injuries to any passengers at this time.  The cause of the fire is under investigation at this time.

The remainder of the cruise has been canceled.  The Insignia was on a 10 night cruise from San Juan, Puerto Rico to Miami, Florida with port stops in St. Kitts, Grenada, Barbados, St Lucia, Saint Vincent, Martinique, and St. Barts.  The MS Insignia is a 30,000 gross ton ship and there were 600 passengers and 400 crew members on the ship at the time of the fire.

Passengers will be accommodated in local hotels until arrangements can be made for flights back to Miami.

Cruise Fever has reached out to Oceania Cruises and will update this page when we received word from the cruise line.  We will continue to monitor this breaking story and will have all updates as more information becomes available.

Our thoughts and prayers are with the family members of those who passed away in this tragic incident on the MS Insignia.

Oceania Cruises was recently purchased by Norwegian Cruise Line and they currently have five luxury cruise ships in their fleet.

Ben Souza
Ben is a world traveler who has visited 40+ countries and taken over 70 cruises. His writings have appeared and been cited in various media outlets such as Yahoo News, MSN, NPR, Drudge Report, CNN, Fox, and ABC News. Ben currently resides in Cincinnati, Ohio. Follow Ben on Instagram. Visit Ben Souza on Linkedin. You may email Ben at [email protected]
Cruise NewsCruise Ship Fire Leaves 3 Dead, Passengers Evacuated
Previous article
Quantum of the Seas Voted Best New Cruise Ship in 2014
Next article
What to Love About a Viking River Cruise to Christmas Markets in Europe