The 2015 – 2016 Caribbean cruise season is in full swing with the addition of two new mega cruise ships that are now sailing to the most popular cruise destination in the world. In addition to these new ships, Allure of the Seas and MSC Divina are also back in the Caribbean after sailing a season in the Mediterranean. 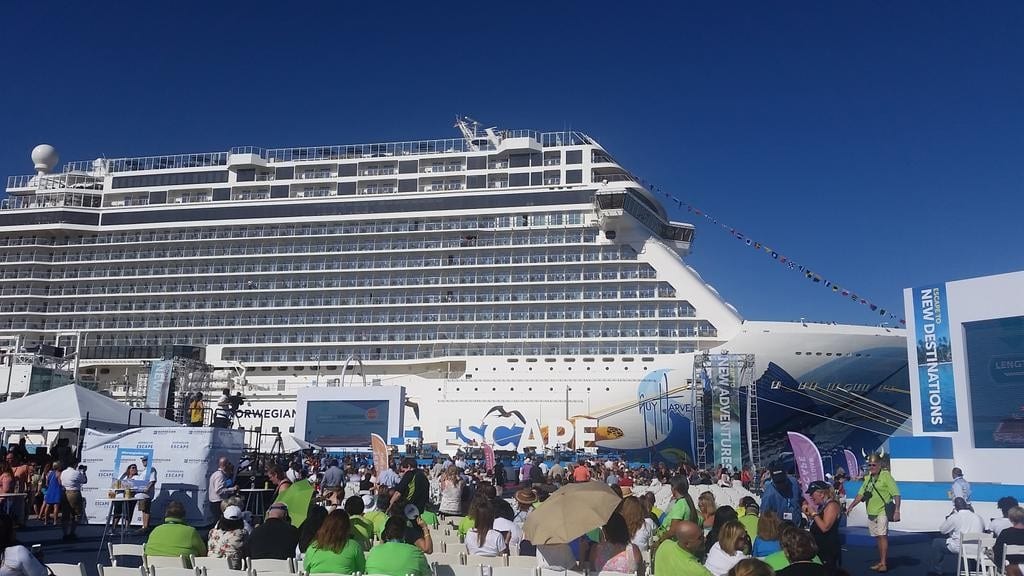 Norwegian Escape will sail 6, 7 and 8 night cruises to the Eastern and Western Caribbean from PortMiami.

Among these unique features are robot bartenders, a sky diving simulator, floor to ceiling virtual balconies on all inside staterooms, and the innovative Two70 Lounge.  The SeaPlex is one of the most versatile rooms at sea.  It can be used as a full sized basketball court, bumper cars, roller skating, and even a circus school.

Joining these two new cruise ships to the Caribbean, this past week saw Allure of the Seas and MSC Divina make their way back to South Florida for the 2015-2016 Caribbean cruise season.

Royal Caribbean’s Allure of the Seas is currently the largest cruise ship in the world.  The ship arrived back in Port Everglades on November 6 after a dry dock and a season in Europe.  During the dry dock, Allure of the Seas received a few upgrades as well as new restaurants and shops. Allure of the Seas sails 7 night cruises to the Eastern and Western Caribbean.

MSC Divina arrived back in Miami, Florida on November 11 and will now sail year round to the Caribbean from the Cruise Capital of the World, PortMiami. MSC Cruises offers Mediterranean style cruising on one of their most elegant ships.  From the Swarovksi crystal staircases to the aft infinity pool, MSC Divina offers the best value to the Caribbean with seven night cruises starting at $399 per person.