Carnival Cruise Line christened their newest and largest cruise ship in a naming ceremony in New York City.  As part of the festivities, country music star Carrie Underwood held a concert on the ship for hundreds of Operation Homefront military families that included overnight accommodations, meals, activities, and entertainment. 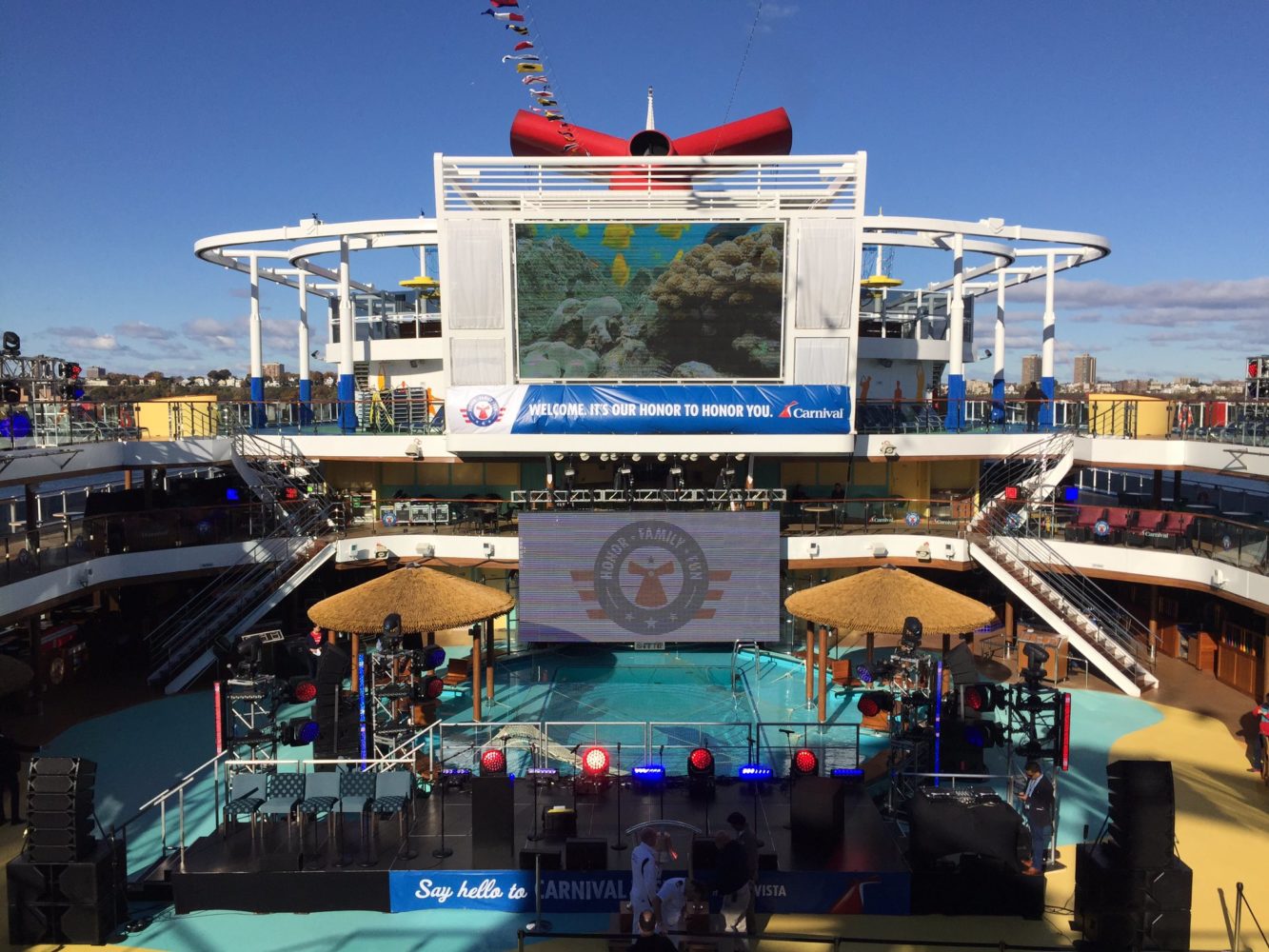 Miss USA Deshauna Barber, the first woman serving in the U.S. military to ever hold that title, served as Carnival Vista’s godmother for the naming ceremony. Barber said, “I’m honored to serve as godmother of the brand new Carnival Vista and join a long line of strong, successful women who have fulfilled this time-honored role. In addition to serving as godmother, today was extra special as I had the opportunity to meet several Operation Homefront families and hear their stories. It is a day I’ll never forget.”

Carnival Vista brought many new features to the cruise industry including the first IMAX at sea and the first Skyride on a cruise ship. The ship has features designed specifically for families including the Family Harbor cabins and Carnival’s largest waterpark at sea.