Two passengers aboard the Carnival Magic have been quarantined to their cabin after it was found that one of the passengers worked at Texas Health Presbyterian Hospital as a lab supervisor and may have handled clinical specimens from the Ebola patient in Dallas.  All the facts are not yet clear in this story as some are saying the person merely worked in the lab and never had any contact with the specimens at all. 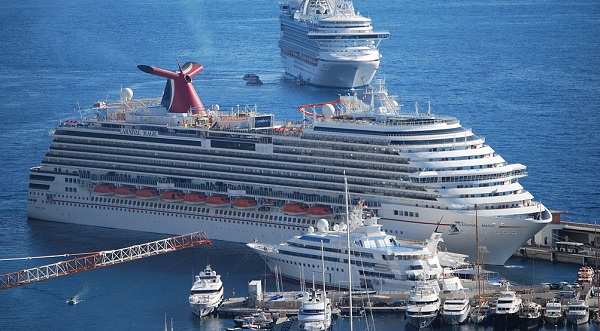 Reports from Carnival have stated that the woman who is being quarantined has not showed any symptoms of the virus and the CDC is saying she is very low risk.  According to Carnival, “At this time, the guest remains in isolation on board the ship and is not deemed to be a risk to any guests or crew. It is important to reiterate that the individual has no symptoms and has been isolated in an extreme abundance of caution.”

The woman left on the cruise out of Galveston Texas on Sunday.  This was before the CDC updated the requirements for active monitoring of anyone who may have been exposed to the virus.  Carnival was contacted on Wednesday by the CDC about the passenger.

Reports are also saying that the woman had already been self-monitoring, including daily temperature checks since October 6th, with no signs of any symptoms.

The Carnival Magic made a stop at Belize yesterday, and cruise guests were free to disembark except for the two still quarantined to their cabin.  Belize would not allow the hospital worker off the ship anyway and issued a government statement on Facebook saying,

“the Government of Belize decided not to facilitate a US request for assitance in evacuating the passenger through the Phillip Goldson International Airport.  The GOB reassures the public that the passenger never set foot in Belize and while we remain in close contact with US officials we have maintained the position that when even the smallest doubt remains, we will ensure the health and safety of Belizean people.”

None of Carnival’s ships visit the region where Ebola cases are proliferating, and Carnival is not allowing any passengers on board who have been to Liberia, Sierra Leone and Guinea within 21 days of the cruise departure.

Passengers on the Carnival Magic will receive $200 in onboard credit and a 50% discount off a future cruise due to the ship not being able to stop in the port of Cozumel, Mexico.

The Carnival Magic expects to be back at home port in Galveston, Texas on the 19th of October.

J. Souza
Jon got hooked on cruising after his first cruise on his honeymoon, and today he is always looking for cruise deals and reading information about the cruise industry. Jon lives in the foothills of North Carolina and wishes there were a cruise port that far inland. Jon can be reached at [email protected]
Cruise NewsCruise Ship Passengers Quarantined On The Carnival Magic After Ebola Concerns
Previous article
Carnival Vista Keel Laid, Ship To Debut in 2016
Next article
Major Hurricane Hitting Bermuda As Cruise Lines Change Itineraries