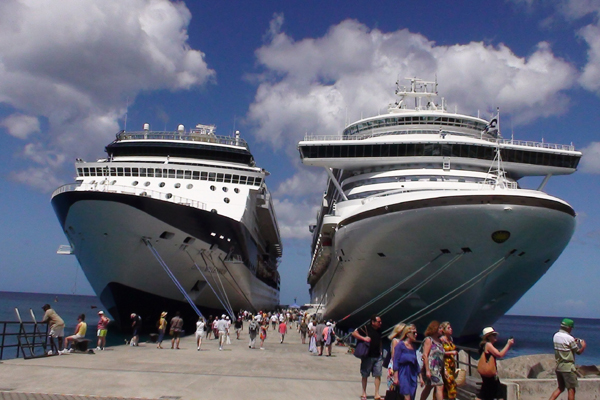 There is great news for cruisers who use T-Mobile as their cell phone carrier.  The network has announced a new plan called “Simple Global” that will offer free unlimited data roaming in over 100 countries, including many popular cruise ports.

This new plan will roll out on October 31, 2013 and will also include unlimited texting.  The great thing about this is that Simple Choice customers won’t have to do a thing to enjoy this new plan, it will be automatically added.  Voice calls will come in at the low price of 20 cents per minute.

Currently data roaming can be very expensive and has caused many cruisers to come home to cell phone bills as high as $5,000 or more.  Current data roaming is highly inflated at a cost of $10 per MB in Canada and $15 per MB in other countries.

“The cost of staying connected across borders is completely crazy,” said John Legere, president and CEO of T-Mobile US, Inc. “Today’s phones are designed to work around the world, but we’re forced to pay insanely inflated international connectivity fees to actually use them. You can’t leave the country without coming home to bill-shock. So we’re making the world your network – at no extra cost.”

This Simple Choice plan will include:

T-Mobile has not confirmed if this new plan will apply to cruise ships and Cellular at Sea.  However, given the ridiculous high price that they charge to use the ship’s cell phone towers, it will likely not apply.

To view the current rates that all the major cell phone carriers charge on cruise ships, visit this page that details these costs.