Norwegian Cruise Line has announced that they have installed a new Exhaust Gas Scrubber on Norwegian Jewel that will help to significantly reduce air emissions and further the cruise line’s commitment to green systems and technology. 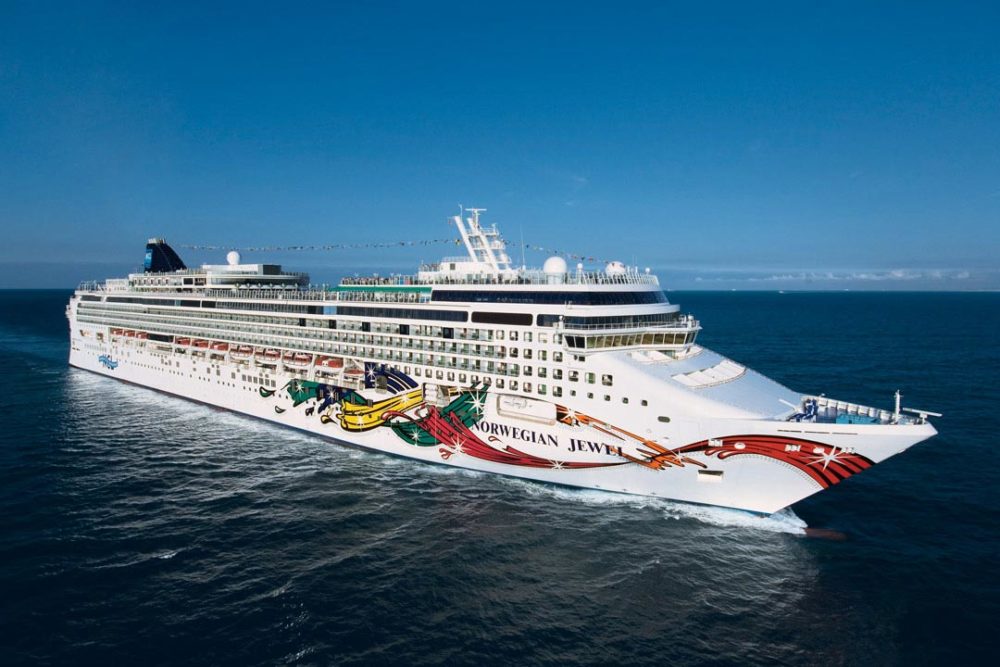 Norwegian is the first cruise line to install scrubbers with a state-of-the-art water membranes filtration unit. This sophisticated water cleaning system uses Ultrafiltration technology to clean the recirculated water during the closed loop operation down to clear water.  The by-product is collected and removed in drums.

Norwegian Cruise Line is also the first cruise line to retrofit a vessel while it is in service with an Exhaust Gas Scrubber Hybrid system. Norwegian Jewel’s new lightweight in-line scrubbers are a hybrid technology developed by Yara Marine Technologies that are able to operate in Dry mode, Open loop and Closed loop. Five scrubbers were installed, one per engine, covering the whole propulsion system.  Collectively, they are capable of reducing the emission of sulfur to air up to 99 percent and also reduce 85 percent particulate emission, pollutants, to the air.

Robin Lindsay, Executive Vice President of Vessel Operations for Norwegian Cruise Line Holdings, gave the following statement: “Norwegian is firmly dedicated to upholding the highest standards of excellence in environmental protection practices, as well as leading the industry in seeking out technology that makes our ships not only an enjoyable vacation experience, but also ensures that we continuously protect the environment that our guests love to explore”.

As part of Eco-Smart Cruising, Norwegian’s Safety and Environmental Protection Policy establishes several objectives relating to the environment, which include reducing the impact of its operations on the environment, disposing garbage and waste materials in accordance with national and international rules and regulations, recycling and re-using materials and establishing specific objectives and targets for continual improvement of environmental management programs.

Norwegian Jewel is the 3rd ship in Norwegian’s fleet to have these new scrubbers installed.  The ship joins Pride of America and Norwegian Escape in helping the cruise line reduce their global sulfur cap from 3.5% to 0.5% by 2020. Norwegian Pearl, Norwegian Gem, Norwegian Jade, and Norwegian Sun are all scheduled for retrofitting in early 2017.