The 128 night, $100,000 (per couple) world cruise that Regent Seven Seas Cruises announced three weeks ago nearly sold out on the first day of sales. 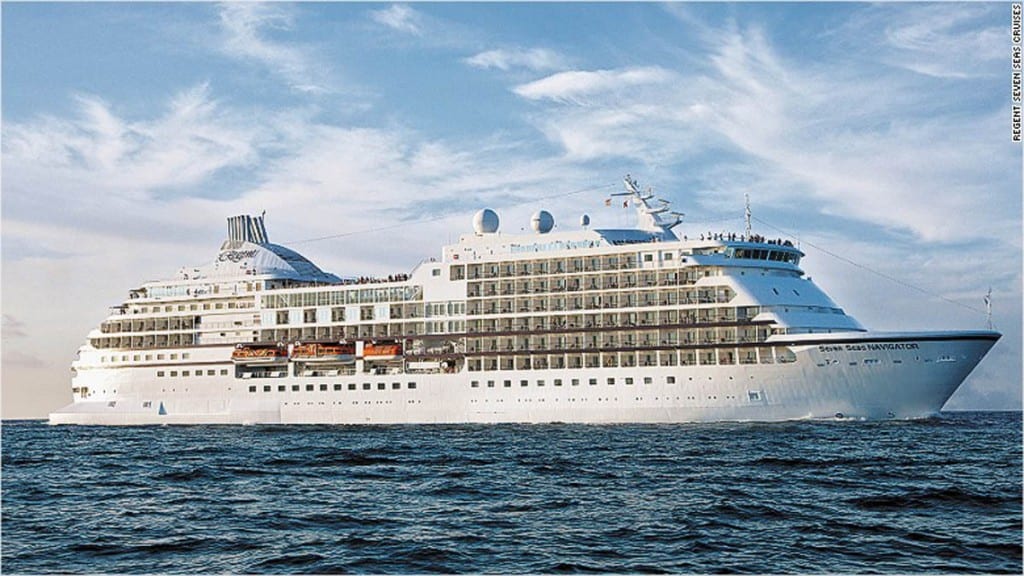 The price for the cruise started at $54,000 per person for the 128 night voyage that will visit 6 continents, 31 countries, and 60 ports of call. On the first day of sales for the world cruise, all but 75 suites on Regent’s Seven Seas Navigator were sold according to Norwegian Cruise Line Holdings president and CEO Frank Del Rio. All cabins on the ship are suites.

It’s not just the rich who were interested in this cruise. Cruise Fever published an article about Regent’s world cruise on July 15, 2015 when it was first announced.  Since that day three weeks ago, it has been shared on Facebook over 184,000 times making it our most popular news article of all time.

“This cruise has proven so popular that 70% of the voyage was booked on the very first day of sales.

This is a testament not only to the allure of the Regent brand, but also to our belief that guests … want unique, different, and rich destination experiences.”

Regent Seven Seas Cruises was purchased by Norwegian Cruise Line Holdings in the fall the of 2014.