Royal Caribbean has announced that they will be building a new world class cruise terminal in the cruise capital of the world, PortMiami, that will be able to accommodate the largest cruise ships in the world, the Oasis class ships. This was first reported by the Miami Herald. 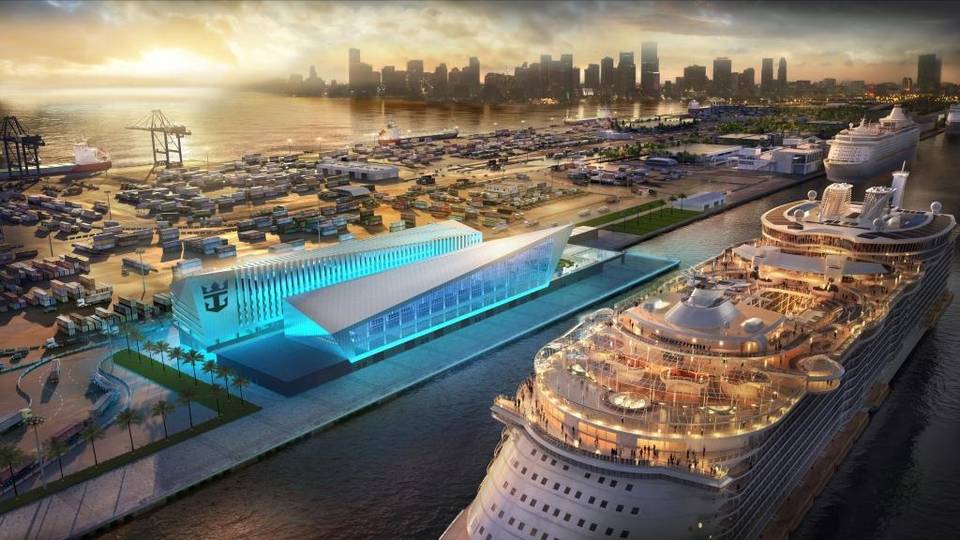 The new terminal will be a striking addition to PortMiami, and will serve as homeport to Royal Caribbean International ships, including a 5,400-passenger Oasis-class ship, the world’s largest and most innovative cruise ships. The agreement will come before the Miami-Dade County Board of County Commissioners on July 6, 2016. Broadway Malyan has been selected as the firm to design the new terminal, after a global competition was held between five of the world’s leading architectural firms. The firm was selected because of their creative thinking and cutting-edge design.

Before the deal is finalized, the Miami-Dade County Commission will vote on the deal that will bring the county $7.5 million in annual rent.  The $247 million project will be financed by Royal Caribbean and the county will pay for surface and road work to connect the new terminal to the current cruise terminal in Miami. 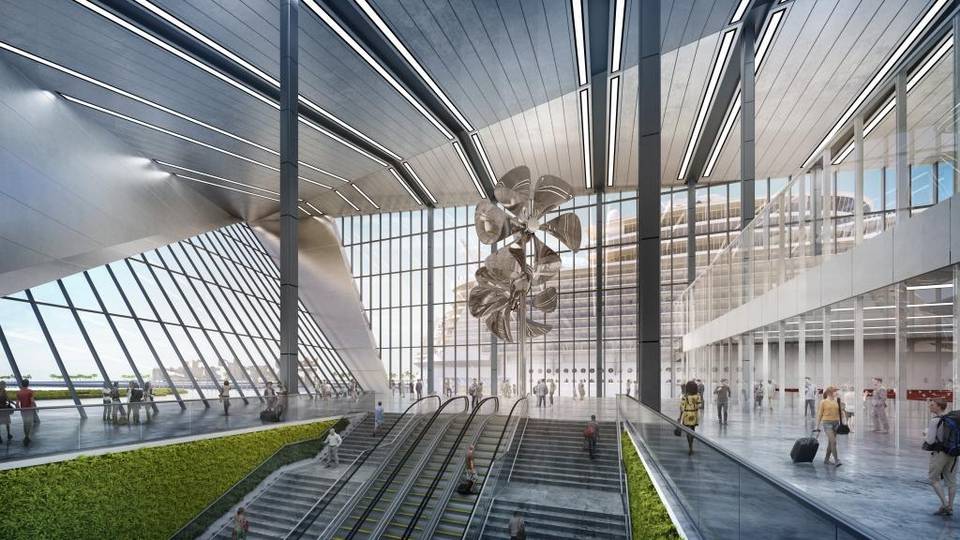 No announcement has been made about which Oasis class ship would homeport in Miami.   When one of the world’s largest cruise ships moves to Miami, it would bring an additional 1 million passengers to the port each year.  Royal Caribbean currently has 750,000 passengers a year pass through the port.

The new terminal will not be the only addition for Royal Caribbean in the coming year. The company has committed to add a 20,000-square-foot Innovation Lab to its corporate headquarters located at PortMiami. The Innovation Lab will continue to generate Royal Caribbean’s industry-leading, innovative vessels. 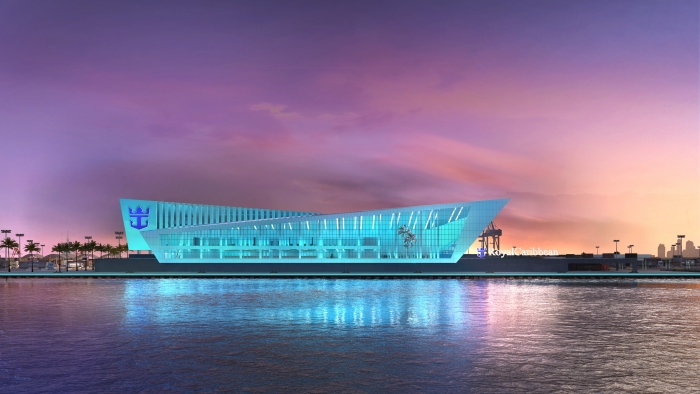 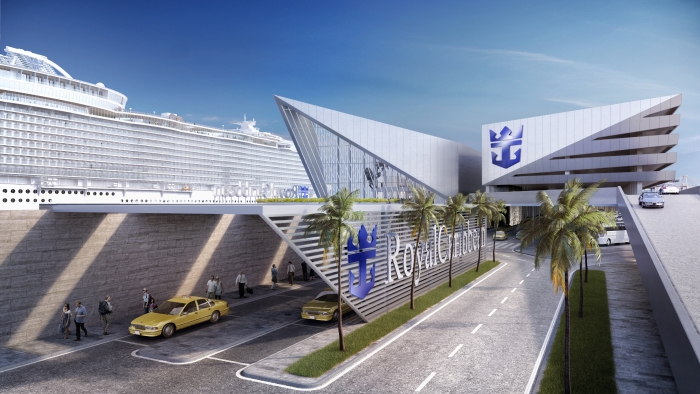 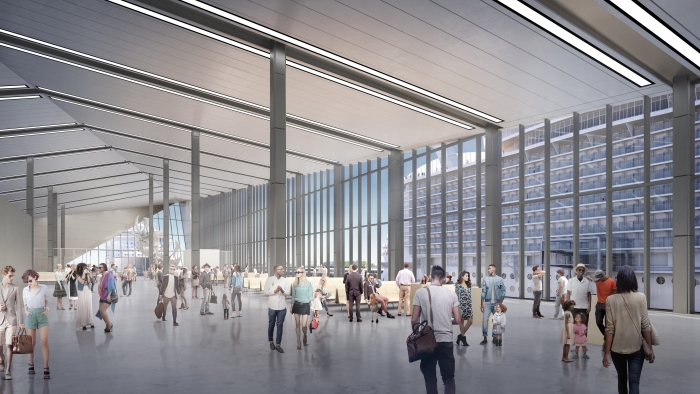 “We are truly excited to be working with Miami-Dade County and PortMiami to create not just another cruise terminal, but a truly iconic building. This new terminal is a symbol of our commitment to Miami, the city where our company first started almost 50 years ago. We can’t wait to bring an Oasis-class ship to PortMiami.”