Carnival Cruise Line held a ceremony earlier today for “Vista 2”, the cruise line’s 26th cruise ship.  The currently unnamed vessel is under construction at the Fincantieri shipyard in Italy. 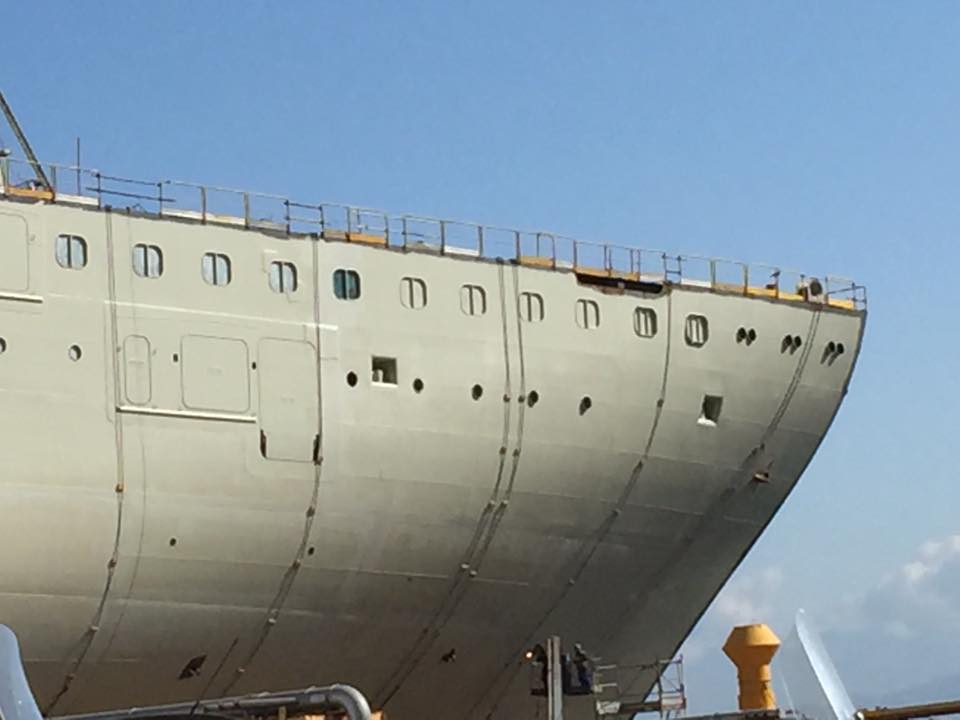 “Vista 2” will be a sister ship to the recently launched Carnival Vista and will be the second Vista class cruise ship.  The 133,500 gross ton ship will be the largest ship in Carnival’s fleet and will hold just under 4,000 passengers at double occupancy.  The ship is expected to be completed and go into service in early 2018. 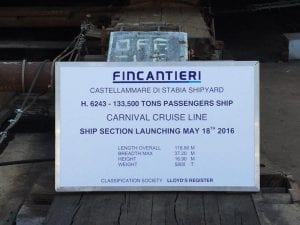 The homeport and itineraries for the second Vista class ship will be announced at a later time, although there are rumors that the ship will start off being based in Europe.  The name of the vessel is not expected to be made for another two months.

The ship be nearly identical to Carnival Vista and have all of the groundbreaking features that Vista brought to the cruise industry.  This includes having an IMAX, the Skyride, new family staterooms, a large waterpark, and an incredible variety in dining options.

Cruise Fever will have all updates and information on Carnival when they are announced.