Royal Caribbean’s Harmony of the Seas, the largest cruise ship ever built, will debut in May and the cruise line has released a few more photos of the ship. 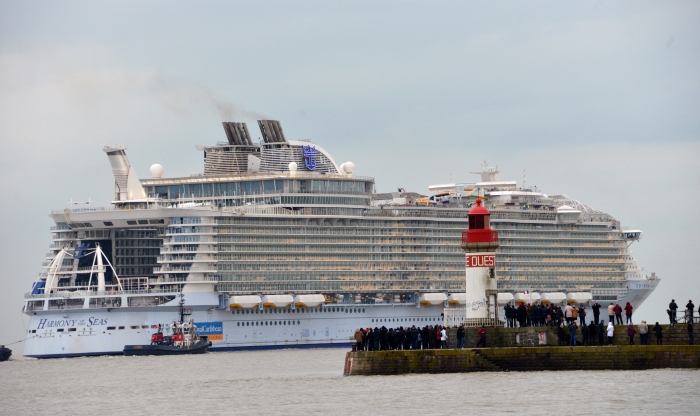 After successfully completing sea trials, final preparations are being made at the shipyard to complete the ship in time for the vessel’s debut on May 22, 2016.  The ship will be so large, it is divided into the following seven neighborhoods:

Harmony of the Seas will be the largest cruise ship ever built at more than 227,000 gross tons. For comparison, RMS Titanic was an estimated 45,000 gross tons.  Harmony is the third of the groundbreaking Oasis class ships from Royal Caribbean.  The ship will hold 5,400 passengers at double occupancy and span 16 passenger decks.

View Cruises on Harmony of the Seas

Harmony will be the first cruise ship from Royal Caribbean that will debut with waterslides.  (Liberty of the Seas recently had waterslides added during a drydock.)  The ship will sail a season in the Mediterranean before heading to Fort Lauderdale to sail weeklong cruises to the Eastern and Western Caribbean from Port Everglades.

Here are the latest photos of Harmony of the Seas. Photo credit: Royal Caribbean International

The Ultimate Abyss, a slide that will drop passengers more than 10 stories down to the Broadwalk, the tallest slide at sea.  Note: this is not a water slide. The first section of the slide is now in place. (Click on thumbnail to enlarge) 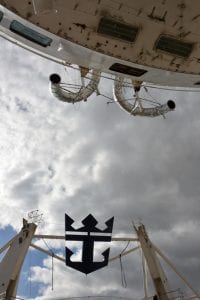 The Lucky Climber, a kids play area on Harmony of the Seas located in the Boardwalk neighborhood. 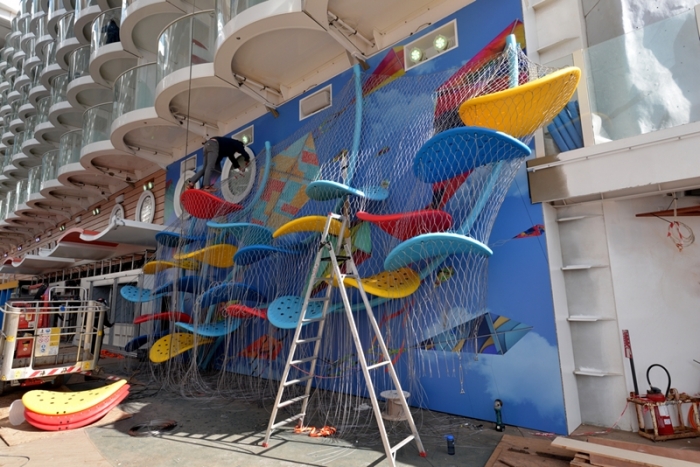 Splashaway Bay, a waterpark for kids. 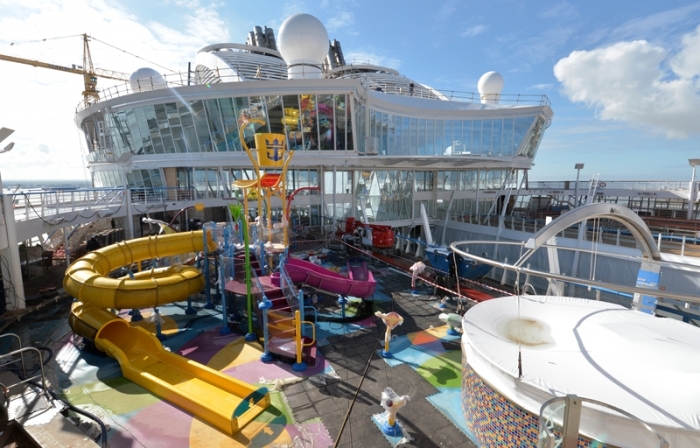 The Perfect Storm, three waterslides that promise to give passengers nonstop thrills. 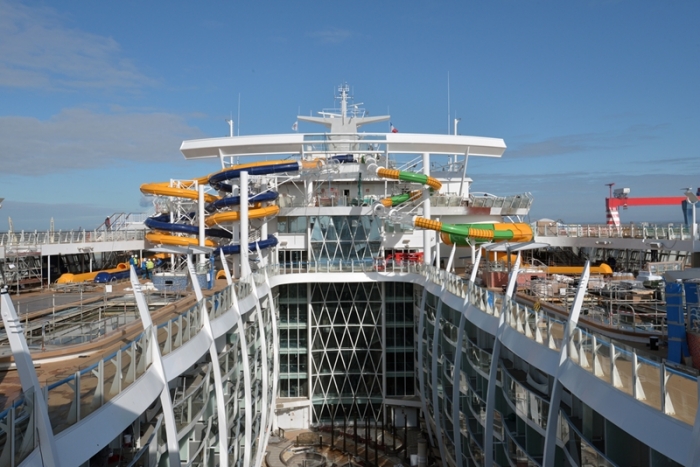 A loft suite that is currently under construction. 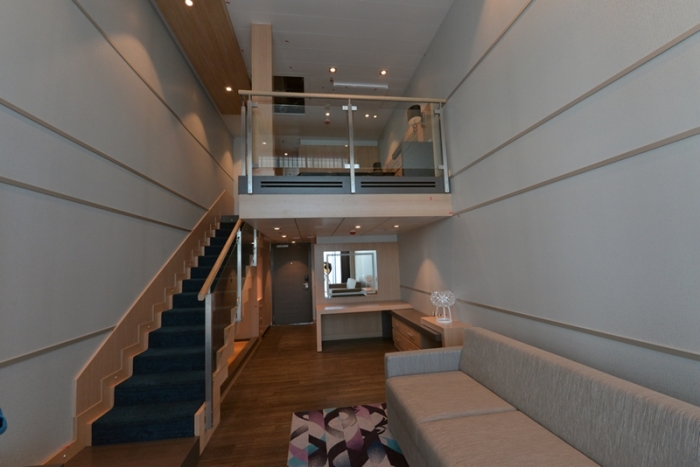 For previously published photos of Harmony of the Seas, you can view those here.