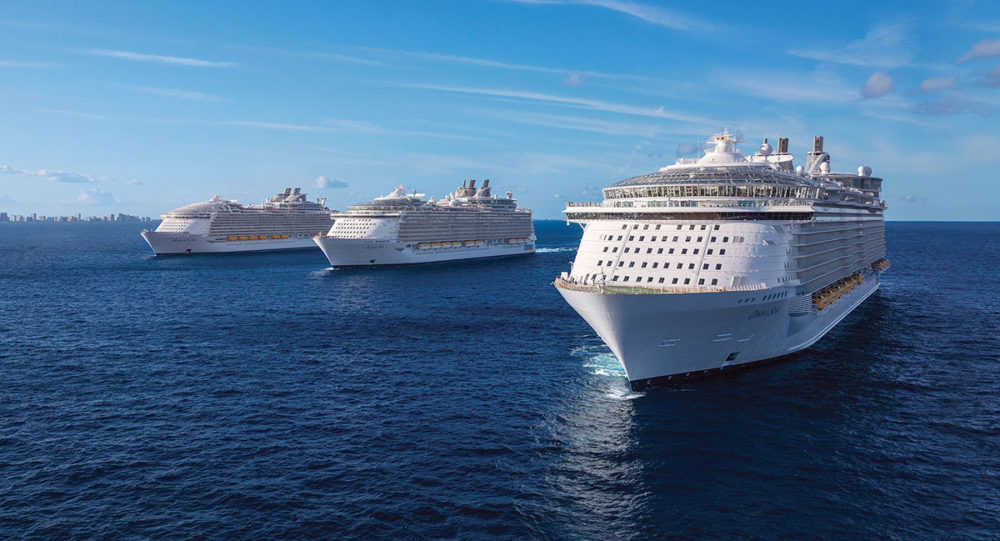 Humanitarian of the Year Award

In light of Royal Caribbean International’s efforts to protect and improve the communities in which it operates, the global cruise line was honored as the Bill Keith Humanitarian of the Year by the Samuel M. & Helene Soref Jewish Community Center (JCC). A nonprofit organization serving South Florida since 1977, Soref JCC presented Royal Caribbean’s President and CEO, Michael Bayley, with the prestigious award at its 22nd annual gala in Davie, Florida.

Royal Caribbean’s continuous contributions to the communities and environment were front and center at the gala. With more than 500 attendees in the room, including community representatives, business owners and travel agents, local South Florida leaders on stage highlighted the cruise line’s hurricane relief efforts in 2017 and its longstanding commitment to ocean conservation, education and local employee volunteering initiatives.

The cruise industry and travel agent community have spoken. Royal Caribbean International’s Vicki Freed, Senior Vice President of Sales, Trade Support and Service, was honored with the Lifetime Achievement Award at the Cruise Lines International Association (CLIA) Hall of Fame Cruise Industry Awards. Known as every travel agent’s best confidante, Freed was recognized for her significant contributions to the industry in the span of her 40 years in the business.

Richard Fain, Chairman and CEO, Royal Caribbean Cruises Ltd., presented the award to Freed after a heartfelt speech noting his and the community’s resounding thoughts, compliments and memories of the industry veteran. “Vicki has been an amazing leader. She has fought for her agents and for our business,” Fain said. “I applaud Vicki’s election to receive the Lifetime Achievement Award, and am proud to have the opportunity to present it to her.”

Freed recently celebrated 10 years at Royal Caribbean International, a decade during which the cruise line has seen its relationship with travel partners grow stronger than ever. Under her leadership, the largest sales team in the cruise industry has received a lineup of awards, including Best in Sales and Service for 10 consecutive years at Travel Weekly’s Readers Choice Awards.

The Lifetime Achievement Award is bestowed on an individual from any aspect of the cruise industry who is an advocate for cruise travel and has gone above and beyond to make monumental contributions and truly change the industry in a positive manner. The CLIA Hall of Fame honorees were nominated by CLIA members and selected by a prestigious panel that includes representatives from

Royal Caribbean International is an award-winning global cruise brand with a 49-year legacy of innovation and introducing industry “firsts” never before seen at sea. The cruise line features an expansive and unmatched array of features and amenities only found on Royal Caribbean, including jaw-dropping, state-of-the-art entertainment and industry-acclaimed programming that appeals to families and adventurous vacationers alike.

On board, guests are catered to with the cruise line’s world-renowned friendly and engaging service by every staff and crew member. Royal Caribbean has been voted “Best Cruise Line Overall” for 15 consecutive years in the Travel Weekly Readers Choice Awards.

The cruise line sails 25 of the world’s most innovative cruise ships to the most popular destinations in Bermuda and the Caribbean, Europe, Canada and New England, Alaska, South America, Asia, and Australia and New Zealand.