Royal Caribbean and Carnival Cruise Line are two cruise lines that have altered itineraries on cruise ships in the Western Caribbean due to the first tropical storm of the year.  Tropical Storm Alberto is currently east of the Yucatan Peninsula with maximum sustained winds of 40 mph. 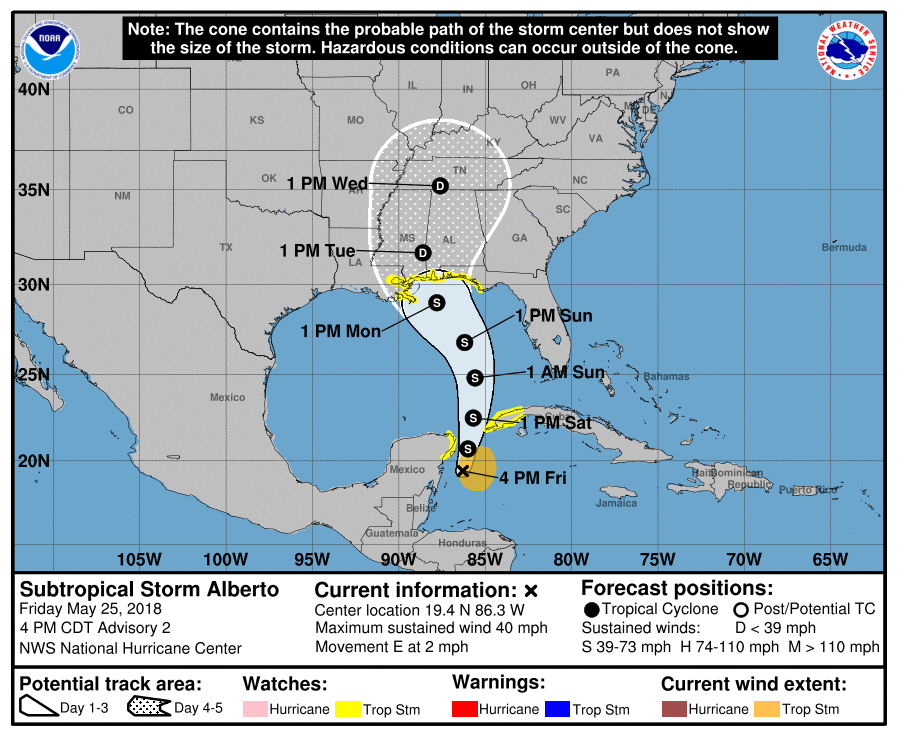 The two Carnival cruise ships that will have their itineraries altered are Carnival Fantasy and Carnival Valor.   Both ships were scheduled to spend the day in Cozumel on Saturday but will now stop in the Mexican port of Progreso instead.

Royal Caribbean’s Majesty of the Seas will also skip a scheduled stop in Cozumel on Saturday.  The cruise ship is on a five night sailing from Tampa, Florida and currently docked in Havana, Cuba.

Tropical Storm Alberto is expected to gain a little strength after entering the Gulf of Mexico but is not expected to become a hurricane before reaching the mainland United States.  Tropical storms become hurricanes when their maximum sustained winds are greater than 74 mph.

It is rare that cruises are canceled due to tropical storms and hurricanes.  Cruise lines will alter the itineraries for their cruise ships so they can stay away from storms and so the cruises can go on.  Read: What Happens If There is a Hurricane During My Cruise

For the latest on Tropical Storm Alberto, visit the National Hurricane Center.