Port of New Orleans Sets Record With Over 1.1 Million Cruise Passengers in 2017

The Port of New Orleans set a new record with 1,150,172 passenger movements at its Erato Street and Julia Street Cruise Terminals in 2017, marking the fourth consecutive year of more than one million cruise passenger movements and reinforcing its importance as a key driver of the hospitality industry’s economic impact in the region. 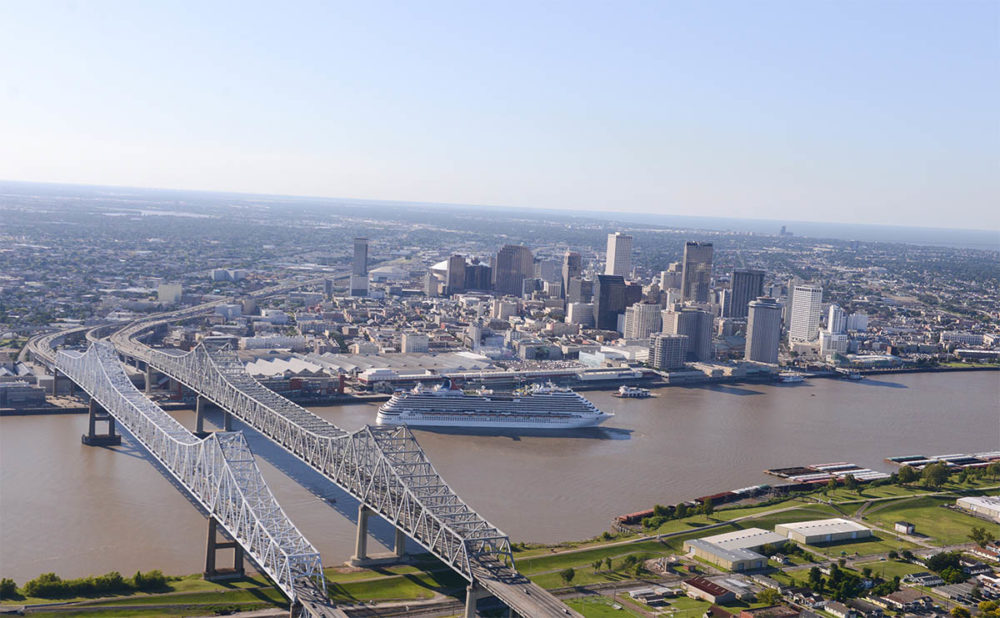 With two state-of-the-art cruise terminals located close to the historic French Quarter and other local attractions, a majority of passengers choose to stay in New Orleans for a night or two before or after their trips, making a cruise from New Orleans “two vacations in one.”

As demand for cruises from Port NOLA continues to grow, our cruise line partners are responding by deploying newer ships with more capacity to homeport in New Orleans.

Royal Caribbean International returns to New Orleans and will homeport the Vision of the Seas, a 2,500-passenger ship that will sail seasonal seven-night itineraries in December 2018.

Norwegian Cruise Line will replace the Norwegian Pearl by deploying the largest cruise vessel to ever sail out of New Orleans with the 4,000-passenger Norwegian Breakaway in November 2018.

In September 2018, American Cruise Lines will increase its New Orleans-homeported inland river cruise vessels with the launch of the 190-passenger American Song, the first in a new modern riverboat series.

Port NOLA ranks as the sixth-largest cruise port in the United States, with direct industry expenditures in Louisiana totaling $432 million, supporting 8,321 jobs and providing $347 million in personal income with an average salary of $42,000 per year, according to research conducted by Cruise Lines International Association. Additionally, 80 percent of cruise guests travel from out-of-state and 60 percent spend an average of two days in New Orleans either before or after their cruise. These passengers generate over 112,000 room nights in New Orleans-area hotels which generate over $15,000,000 in hotel revenue annually.