P&O Cruises, one of nine cruise lines owned by Carnival Corporation, has announced the name of their next Excel class cruise ship. 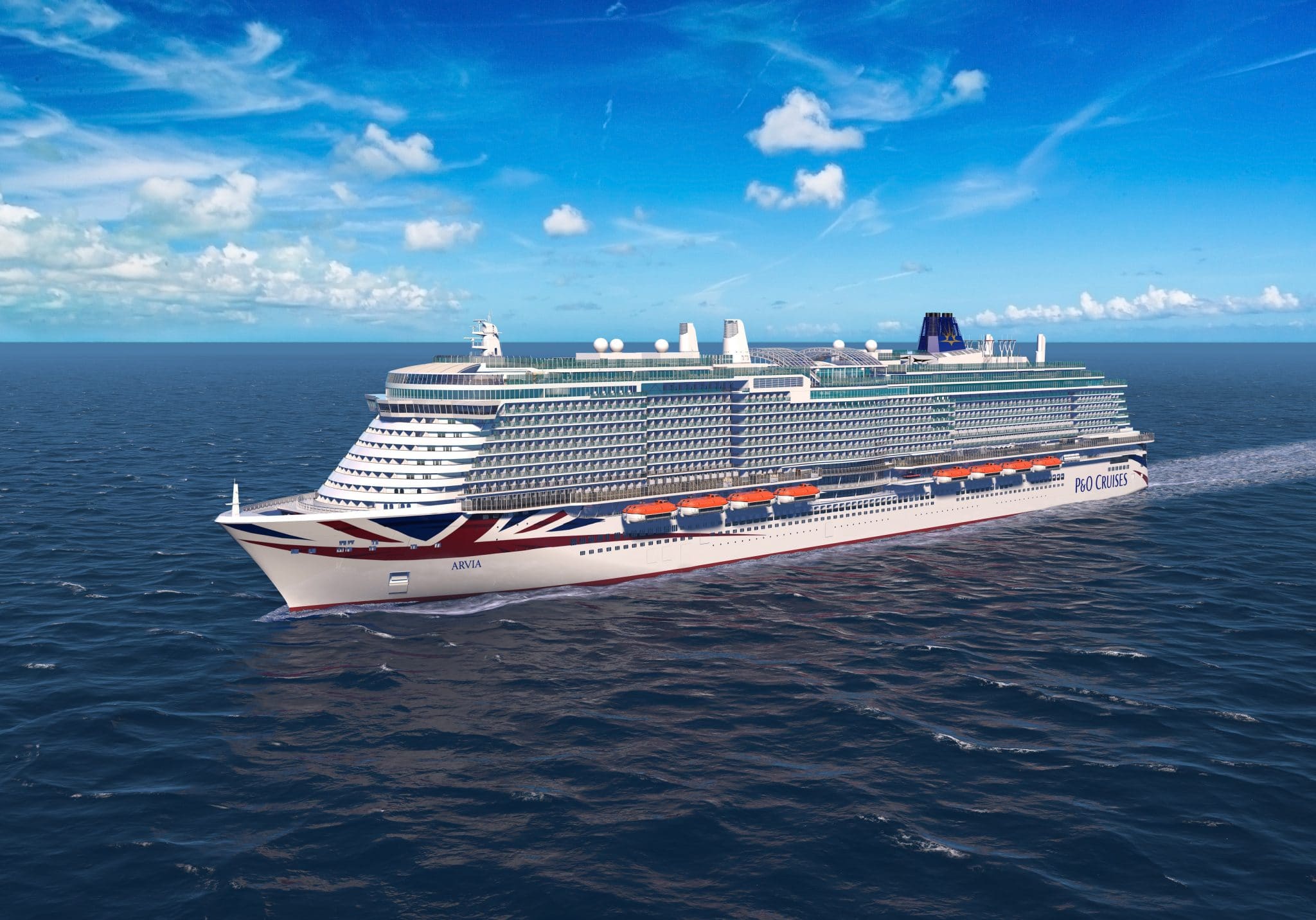 P&O’s second Excel class ship will be named Arvia and will join the cruise line’s fleet in December 2022.

Arvia, meaning “from the seashore” will be the sister ship to Iona and cruises on Arvia will go on sale next month.

P&O Cruises president Paul Ludlow said: “Arvia will join Iona as an innovative and future-focused ship offering an outstanding, varied and contemporary holiday. Arvia has been designed to travel to the sun year-round and to maximize views of the ocean and the seashore from everywhere on board, so it seemed a very fitting name and one which will reflect the experience for guests on board.

“The seashore is known for its relaxing properties and tranquillity and a holiday on Arvia will, indeed, celebrate this and have relaxation at its heart. The rejuvenating and restorative qualities of a walk on the beach and invigorating sea air will be reflected in the experiences both on board and on shore as well as the vast space on board which has enabled us to include a number of new and extraordinary features.”

The name of the 184,700 gross ton cruise ship was unveiled through a video reveal made up of outlining the letters in the name in various different locations, all relating to the beach and the seashore.