Norwegian Cruise Line hosted a celebration in New York City aboard their Norwegian Bliss cruise ship to honor the 51 winners of its Encore Moments Campaign, an initiative created to recognize and reward everyday heroes across the U.S. and Canada for the positive impact they have on those around them.

The winners, who were nominated for their selfless efforts, were treated to an afternoon appreciation event and award ceremony aboard Norwegian Bliss, the cruise line’s newest ship to sail from New York City with seven-day cruises to Bahamas and Florida and 14-day voyages to the Caribbean. 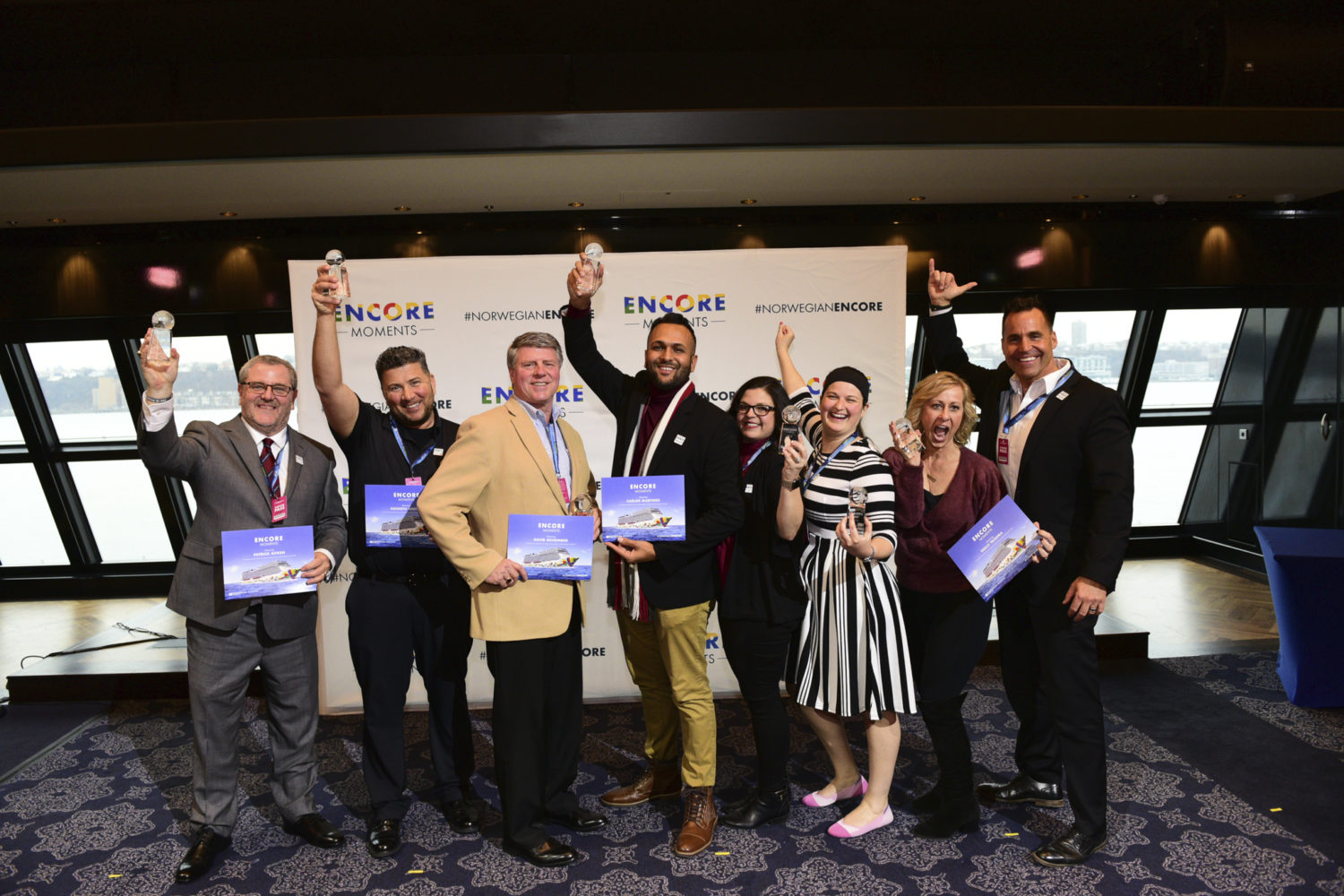 The nominees enjoyed a preview of the experiences available across the Company’s 17 cruise ship fleet, including its Broadway-caliber entertainment, with performances by the recently debuted “Six: The Musical” and the Tony Award-winning “Jersey Boys;” and its world-class culinary offerings, with an elegantly prepared lunch in the Manhattan Main Dining Room.

Norwegian Cruise Line’s Encore Moments Campaign, which ran from September 18, 2019 to October 18, 2019, recognized and rewarded people across the U.S. and Canada. The nominees with the most votes in their state, province or territory won their choice of a three-to-five-day cruise for two on almost any Norwegian Cruise Line ship.

They were also provided with airfare and accommodations for the award ceremony in New York City.

The Encore Moments Campaign is just one in a series of efforts that showcases the Company’s commitment to awarding individuals who are dedicated to spreading acts of kindness. In May, Norwegian Cruise Line honored 30 teachers as part of its Giving Joy Campaign, and in September, the Company rewarded 20 music educators on “The Kelly Clarkson Show.”

Ben Souza
Ben is a world traveler who has visited 42 countries and taken over 50 cruises. His writings have appeared and been cited in various media outlets such as Yahoo News, MSN, NPR, Drudge Report, CNN, Fox, and ABC News. Ben currently resides in Cincinnati, Ohio. Follow Ben on Instagram. Visit Ben Souza on Linkedin. You may email Ben at [email protected]
Cruise NewsNorwegian Cruise LineNorwegian Cruise Line Recognizes Everyday Heroes on Norwegian Bliss
Previous article
Why Carnival Panorama is the Most Fun Ship at Sea
Next article
Celebrity Cruises Removes Fee for the Beverage Package Perk