Comedian Jeff Foxworthy will be headlining a seven day country music cruise that will take place in early 2019. 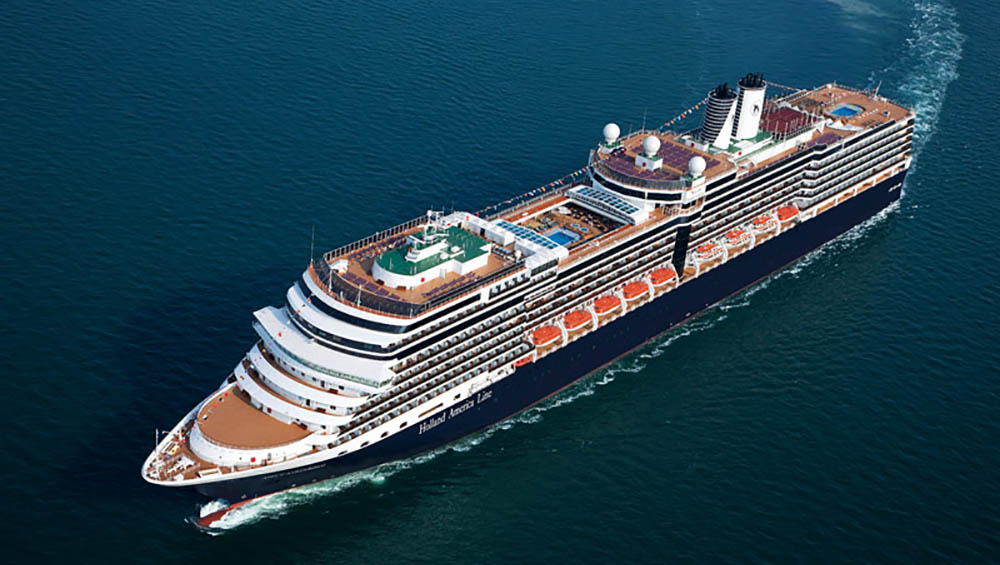 The 2019 Country Music Cruise will depart from Fort Lauderdale, Florida January 27, 2019 and journey to Key West and the beautiful waters of St. Thomas and Half Moon Cay, Bahamas before returning to Fort Lauderdale on February 3.

Where can you hear entertainers who have amassed an astounding 259 Top 10 singles – 112 of which hit #1 – sold millions of albums and have mantles full of ACM, CMA and GRAMMY Awards? On The 2019 Country Music Cruise of course. The superstar-studded party on the sea is set to sail January 27 – February 3, 2019 aboard Holland America’s stunning Signature class ship the Nieuw Amsterdam. TV star, author and one of the world’s most well known comedians, Jeff Foxworthy, is set to headline the 2019 cruise.

The Country Music Cruise has sold out each of its first five years, and 2019 is nearly 70% sold out. Guests are encouraged to make reservations soon to ensure the best choice in cabins by visiting www.countrymusiccruise.com or calling toll-free 866-476-2879.

Country Music Cruise guests have unprecedented opportunities to meet and mingle with the stars aboard what has been called the ultimate country music party. In addition to more than 50 live performances, cruisers can mix and mingle with their favorite artists at theme nights, panel discussions, cooking demonstrations, jam sessions, meet and greets, autograph sessions and more. The non-stop entertainment extends to excursions and performances in exotic ports of call.

The Country Music Cruise has sold out every year since its launch in 2014. Fans quickly embraced the experience – a combination of the very best in Country Music and the vacation of a lifetime – with more than 50 live performances by the biggest names in Country Music. Fares include mainstage concerts, daily activities, gourmet meals and so much more.

Ben Souza
Ben is a world traveler who has visited 42 countries and taken over 50 cruises. His writings have appeared and been cited in various media outlets such as Yahoo News, MSN, NPR, Drudge Report, CNN, Fox, and ABC News. Ben currently resides in Cincinnati, Ohio. Follow Ben on Instagram. Visit Ben Souza on Linkedin. You may email Ben at [email protected]
Cruise NewsJeff Foxworthy Headlining Country Music Cruise Announced for 2019
Previous article
Cruise That Lasts for 117 Days Opens for Bookings
Next article
Cruises To Grand Cayman, 4 Things To Do In Port