MSC Cruises, one of the fastest growing cruise lines in the world, added a 3rd new cruise ship to their fleet in the past 12 months. 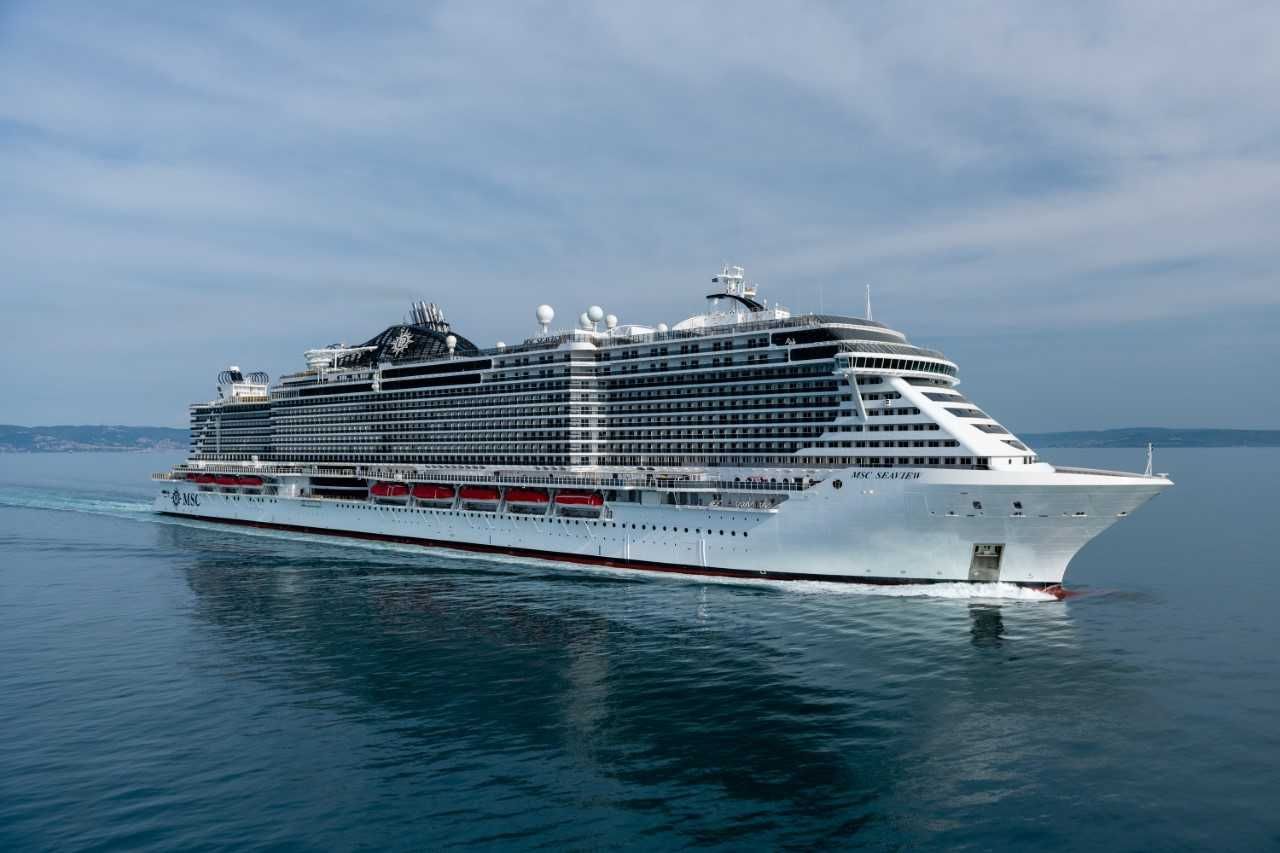 The cruise line officially took delivery of MSC Seaview, the second Seaside class ship from MSC Cruises. The delivery ceremony took place in the presence of Gianluigi Aponte, the ship owner as well as Founder and Executive Chairman of MSC Group. Also present at the ceremony were Pierfrancesco Vago, Executive Chairman of MSC Cruises, other members of the Aponte and Aponte-Vago families, Giuseppe Bono, CEO of Fincantieri, as well as other regional and local authorities and dignitaries.

Coming on the heels of her sister ship, MSC Seaside — which launched at the end of 2017 in Miami — MSC Seaview is ready to start sailing her inaugural season in the Mediterranean. The cruise ship, representing a key highlight for 2018 as she is the one MSC Cruises new build coming into service this year, is also the third MSC Cruises new build to come into service in just 12 months, the second ship to be built by Fincantieri, and the 15th ship to join the MSC Cruises global fleet.

With her iconic “beach condo” design and generous outdoor public spaces, MSC Seaview is a game changer, bringing guests closer to the sea and ensuring they are able to enjoy the outdoors during their cruise. During her inaugural season, MSC Seaview will cruise the Mediterranean. She then heads to South America for the winter season, further strengthening the Company’s position in two markets in which MSC Cruises is the leading cruise brand.

During today’s delivery ceremony, which pays tribute to an important maritime tradition, Roberto Olivari, Fincantieri’s shipyard director, handed over to Pier Paolo Scala, Master of MSC Seaview, an ampoule holding the first water that touched the hull when the ship was floated out last year.

MSC Seaview is the second ship in the Seaside Class and, like her sister ship MSC Seaside, is pushing the boundaries of pioneering ship building and design. As one of the most innovative ships at sea, MSC Seaview will feature the latest environmental technology. In addition to complying with the highest international environmental standards she will also receive from the international classification society RINA, — in addition to the main class notations – the “Green Star 3 Design” notation. RINA’s Green Star 3 — the latest and most comprehensive of RINA’s Green STAR class notations – recognizes attention to detail during design and construction.

Specifically, the certification recognizes that MSC Seaview reaches the highest levels of eco-compatibility thanks to the relevance of the various innovative measures put in place to help reduce the ship’s environmental footprint during operations. These include the exhaust gas cleaning system, advanced waste water treatment, systems for the prevention of oil discharge from machinery spaces, ballast water treatment system, and the ship’s Environmental Management Plan.

MSC Seaview is the third ship to be built under MSC Cruises’ EUR 10.5 billion ($12.4 billion USD) investment plan which has already resulted in the completion of two out of 12 next-generation ships: MSC Meraviglia and MSC Seaside in May 2017 and November 2017 respectively. She will depart from the shipyard later today, making a three-day voyage, arriving in her homeport, Genoa, Italy, on June 7. The newest addition to the MSC Cruises’ fleet will be officially inaugurated there in a glittering ceremony on June 9 and will commence her inaugural cruise on June 10.

Ben Souza
Ben is a world traveler who has visited 40+ countries and taken over 70 cruises. His writings have appeared and been cited in various media outlets such as Yahoo News, MSN, NPR, Drudge Report, CNN, Fox, and ABC News. Ben currently resides in Cincinnati, Ohio. Follow Ben on Instagram. Visit Ben Souza on Linkedin. You may email Ben at [email protected]
Cruise NewsCruise Line Adds Third New Cruise Ship in the Past Year
Previous article
How to Make the Most of Inside Cabins on Cruises
Next article
7 Best Things to Do Right Near the Cruise Port in Seattle