Virgin Voyages, the cruise line that is promising to “change cruising forever”, will live stream on Facebook the first piece of steel being cut for their first cruise ship.

The first of three 110,000 gross ton cruise ships, the 2,800 passenger vessel is scheduled to go into service in 2020 and sail week long cruises to the Caribbean out of PortMiami.  The keel will be laid later this year in Genoa, Italy.

What will Virgin Voyages be like?  Their websites states that “We’re on a mission to build a bold new cruise line just for you. One that makes sailing the ocean blue exhilarating. After all, that’s how travel should feel. It should be a departure from an ordinary getaway — audacious, romantic and always about you. It should never be just about getting from point A to point B. Virgin Voyages will be the place where irresistible style has finally found its sea legs.”

Few details have been released in what will be one of the most anticipated new cruise ships in years.  While a few prototype photographs have been leaked (like the one below), it is worth noting that Virgin Voyages has not confirmed or released any renderings of the ship. 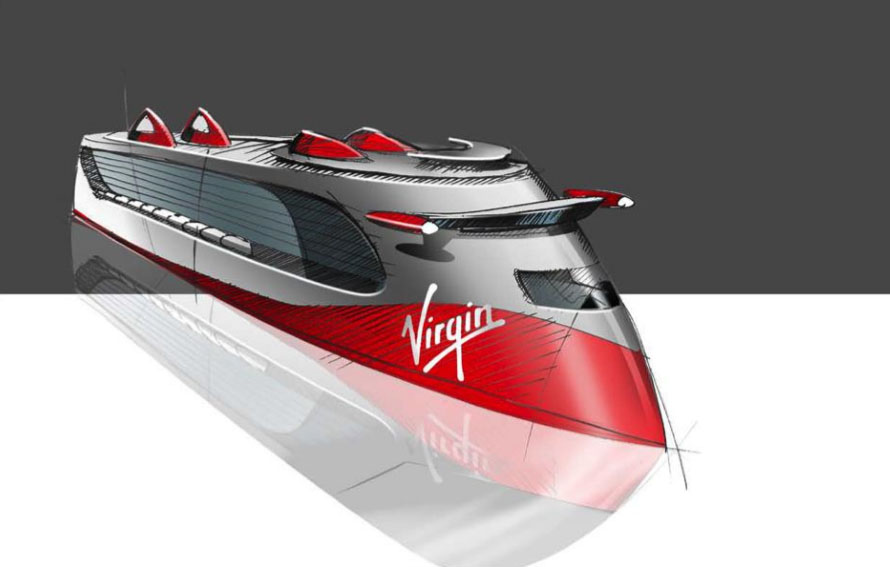 The order for three cruise ships was confirmed last October when the cruise line re-branded from Virgin Cruise to Virgin Voyages.

Cruise Fever will have all details on this new ship from Virgin Voyages when they are announced.

Ben Souza
Ben is a world traveler who has visited 40+ countries and taken over 70 cruises. His writings have appeared and been cited in various media outlets such as Yahoo News, MSN, NPR, Drudge Report, CNN, Fox, and ABC News. Ben currently resides in Cincinnati, Ohio. Follow Ben on Instagram. Visit Ben Souza on Linkedin. You may email Ben at [email protected]
Cruise NewsConstruction Set to Begin On Virgin's First Cruise Ship
Previous article
Most Affordable Cruises For Weekend Getaways
Next article
Trends in Cruising: What You Need to Know