Two Carnival cruise ships have arrived in Galveston, Texas in preparation for tomorrow’s rally in support of the resumption of cruises. 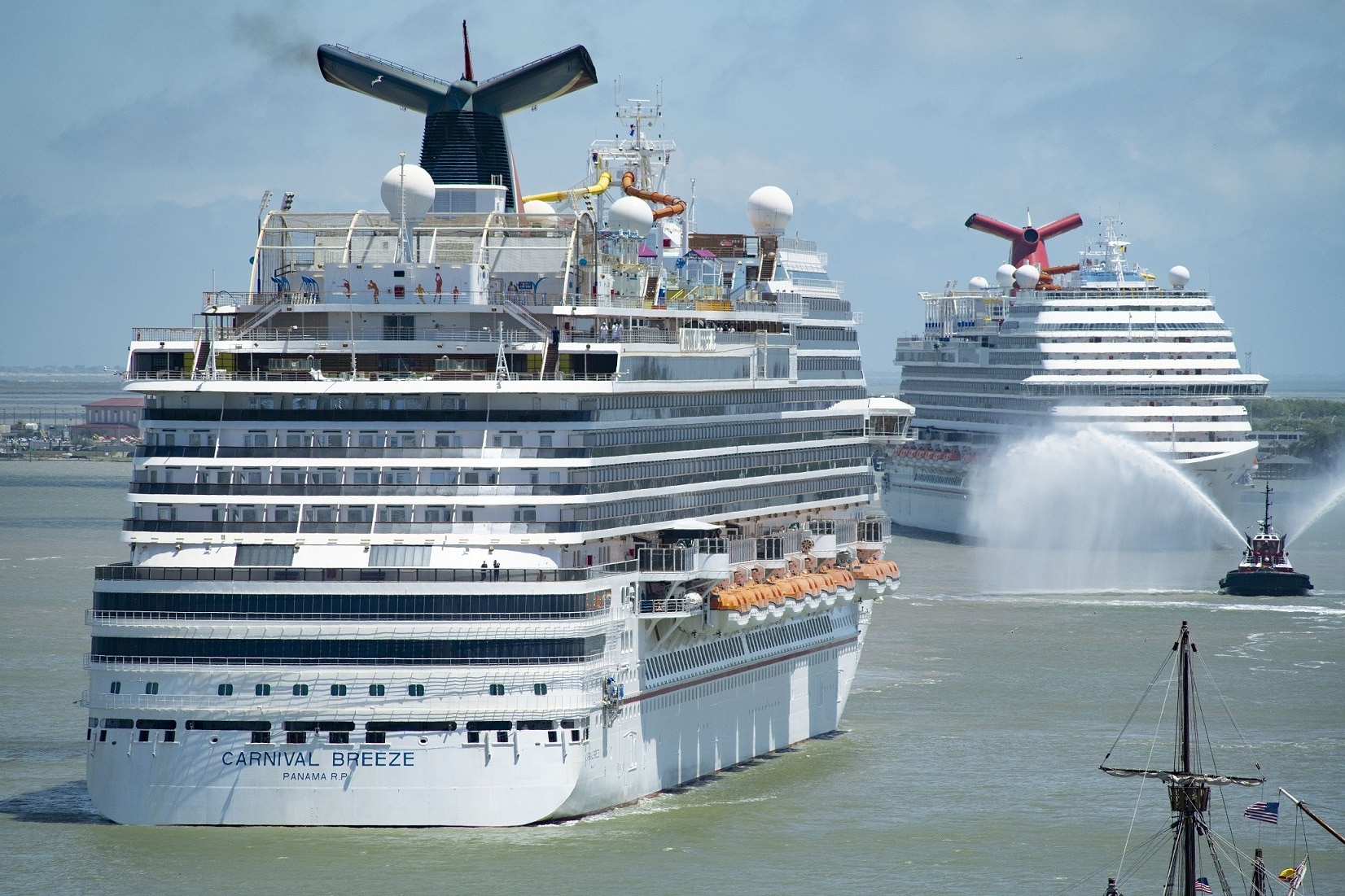 Carnival Breeze and Carnival Vista, both based out of the Texas port, are in Galveston for tomorrow’s cruise rally that will discuss the economic impact of the 14 month cruise shutdown.

Carnival Cruise Line President Christine Duffy and Galveston Mayor Dr. Craig Brown will be among the speakers at the event that is hosted by the Federal Maritime Commission (FMC) which will be represented by FMC Commissioners Louis E. Sola and Carl W. Bentzel. Galveston port and community officials as well as local business leaders will be on hand as well.

Carnival Cruise Line launched the first year-round cruise program from Galveston in 2000 and is the only cruise operator with three year-round ships based at the Port of Galveston, carrying roughly 750,000 guests annually.

The Port of Galveston at the Galveston Wharves is the fourth most popular cruise homeport in North America and only cruise port in Texas.

Ben Souza
Ben is a world traveler who has visited 42 countries and taken over 50 cruises. His writings have appeared and been cited in various media outlets such as Yahoo News, MSN, NPR, Drudge Report, CNN, Fox, and ABC News. Ben currently resides in Cincinnati, Ohio. Follow Ben on Instagram. Visit Ben Souza on Linkedin. You may email Ben at [email protected]
Cruise NewsCarnival Cruise LineCarnival Cruise Ships Arrive in Port for Cruise Rally
Previous article
Why Kids May Be Banned From Cruises When They First Resume
Next article
Second MSC Cruise Ship, MSC Seaside, Returns to Service