Due to popular demand, Carnival Cruise Line is bringing back their #ChooseFun AirShip.  The AirShip return December 31 with a month long journey across California that’s part of the cruise line’s year long celebration of their next new ship, Carnival Panorama. 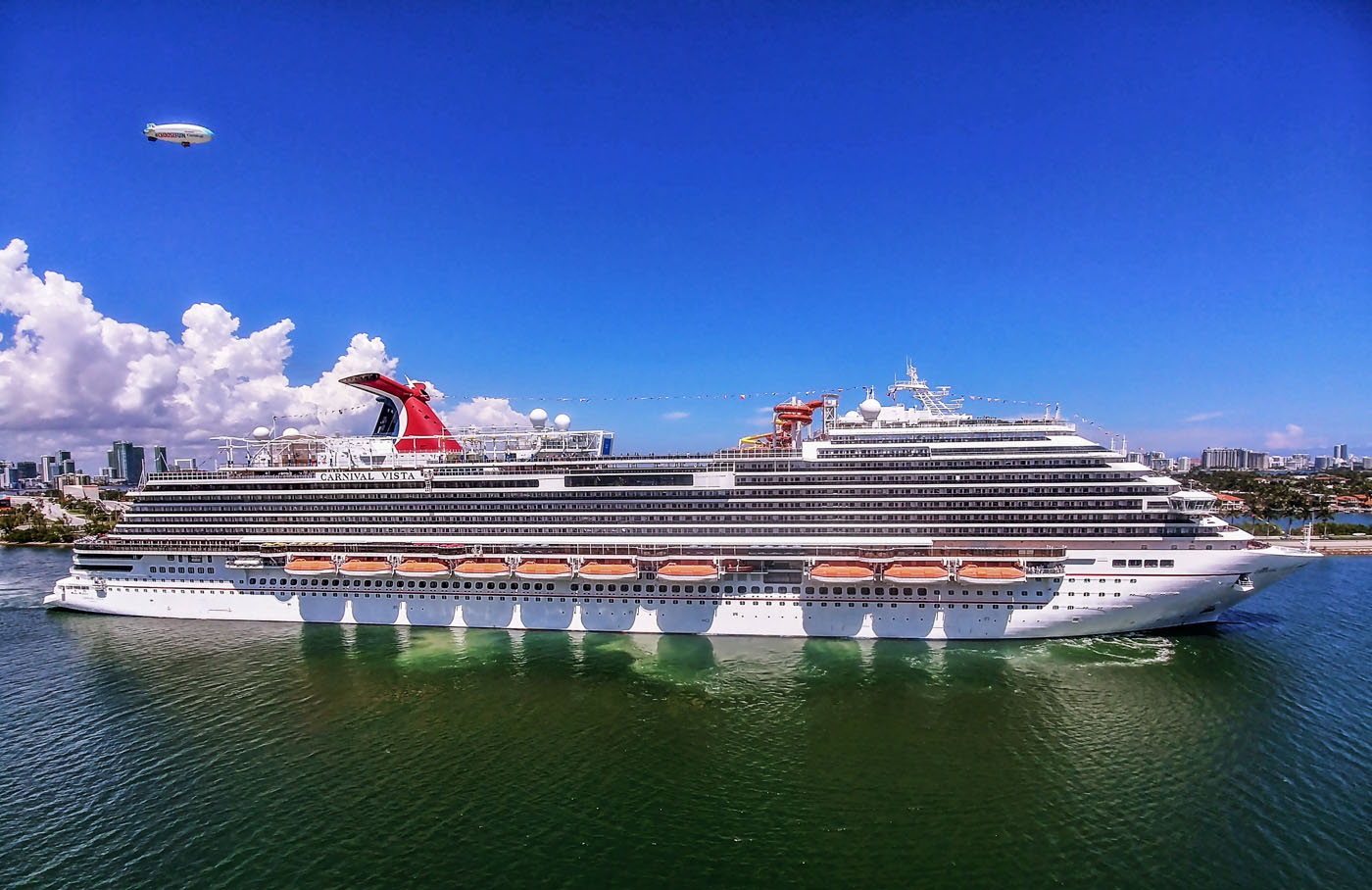 The 120-foot Carnival AirShip will journey throughout Los Angeles, Orange County, San Diego, San Bernardino and Riverside counties and then to Northern California, heralding the December 2019 launch of Carnival’s newest ship, Carnival Panorama and inviting everyone to “Choose Fun.”

The AirShip will fly over major cultural moments across California including The Rose Parade: A Showcase of Floats and sporting events, as well as visit schools, Carnival’s home ports in Long Beach and San Diego, travel agent viewing parties, and select trampoline park locations of Sky Zone, Carnival Panorama’s newest all-ages attraction. The AirShip will also be incorporated into the design of the Carnival Cruise Line float which will sail in the Rose Parade on Jan. 1.

In conjunction with AirShip’s aerial tour of California, consumers will have a chance to win prizes that give them a taste of Carnival fun, including a Carnival cruise for two, when they enter the sweepstakes that begins on Dec. 31. Details on the sweepstakes will be announced later this month.

Additionally, for those who take a picture of the blimp using the hashtags #ChooseFun and #JumpIntoFun, inspired by the first-ever Sky Zone at sea on Carnival Panorama, Carnival will make a donation to one of its favorites charities, St. Jude Children’s Research Hospital. The Carnival AirShip made its inaugural journey this past summer when it toured the southeast U.S. in August and September to celebrate the arrival of new ships in multiple home ports. The AirShip proved to be a popular topic on social and news media channels, as well as with thousands of cruise fans who posted photos of the blimp on their own social media profiles.

Christine Duffy, president of Carnival Cruise Line, gave the following statement: “The Carnival AirShip was so well received when she debuted earlier this year that we’re bringing her back to celebrate the arrival of Carnival Panorama to Long Beach and highlight our West Coast expansion.

Carnival is the number one cruise line from Southern California and the AirShip is a unique way to promote the many ways our guests can Choose Fun from the West Coast.”

Carnival Panorama will debut with a special three-day inaugural cruise from Long Beach on Dec. 11, 2019, followed by the launch of year-round, seven-day Mexican Riviera service on Dec. 14, 2019. The ship joins Carnival Imagination and Carnival Inspiration to carry upwards of 600,000 guests annually from the West Coast – more than any other cruise operator.   View Prices on Cruises on Carnival Panorama

Ben Souza
Ben is a world traveler who has visited 42 countries and taken over 50 cruises. His writings have appeared and been cited in various media outlets such as Yahoo News, MSN, NPR, Drudge Report, CNN, Fox, and ABC News. Ben currently resides in Cincinnati, Ohio. Follow Ben on Instagram. Visit Ben Souza on Linkedin. You may email Ben at [email protected]
Cruise NewsCarnival Cruise LineCarnival Cruise Line's AirShip is Headed to California
Previous article
119 Day Cruise That Visits 33 Countries Opens for Bookings
Next article
Royal Caribbean Offering 30% Off Cruises in 2019