Carnival Adding 20 New Cruise Ships Over the Next 5 Years 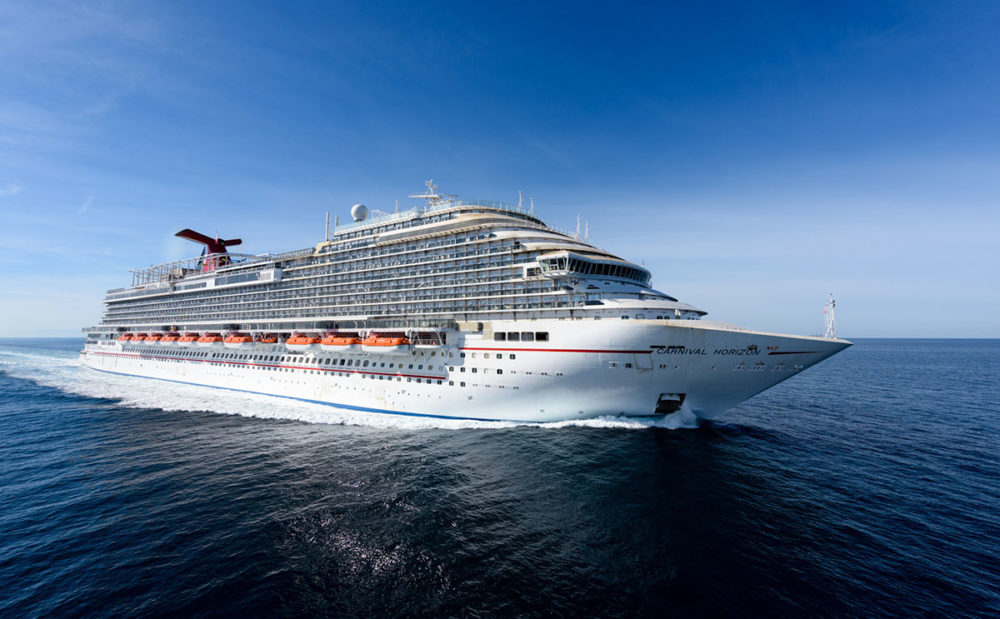 The cruise industry is growing at a feverish pace and Carnival Corp. is leading the way with a boatload of new cruise ships on order. Carnival is entering the mega cruise ship market having ordered their largest cruise ships to date, 180,000 gross ton vessels that will be powered by LNG.

The following is a list of Carnival Corporation cruise ships debuting over the next five years grouped by cruise brands.

Princess Cruises has three more Royal class cruise ships on order. The first, Sky Princess, will debut in October 2019 and begin sailing in the Mediterranean.  A fifth and sixth ships will enter service in 2020 and 2022.

Carnival Cruise Line, the largest cruise line in the world, has four new cruise ships on order.  Carnival Horizon, the second Vista class ship, will debut later this month.  Carnival Panorama will follow in 2019 and will be based on the West Coast.

Holland America Line has two cruise ships on order.  The cruise line will launch their second Pinnacle class ship, Nieuw Statendam, later this year.  A third and currently unnamed vessel will follow in 2021.

Costa Cruises also has two 180,000 gross ton, LNG powered cruise ships coming out over the next three years.  The first (Costa Smeralda) will debut in 2020 and carry 6,600 passengers.  The second will arrive a year later in 2021.

AIDA Cruises, Carnival’s cruise line that caters to Germans, has three 180,000 LNG powered cruise ships on order.  The first, AIDAnova, will arrive later this year and will be the largest cruise ship ordered by Carnival Corporation.  A second and third vessels will enter service in 2021 and 2023.

Cunard Line is adding a fourth ocean liner to their fleet in 2022.  Not many details have been released about this new vessel except that it will carry 3,000 passengers. The liner will offer the Cunard experience that can’t be matched on any other cruise line.

P&O Cruises has two LNG powered cruise ships on order.  The ships will carry 5,200 passengers and will enter service in 2020 and 2022.

Luxury cruise line Seabourn Cruises will launch a new cruise ship in the Spring of 2018.  Seabourn Ovation will carry 604 passengers and will be 40,000 gross tons in size.