Princess Cruises has released their 2017 European itineraries and the cruise line will have six different ships sailing to 119 destinations in the Mediterranean and Europe. 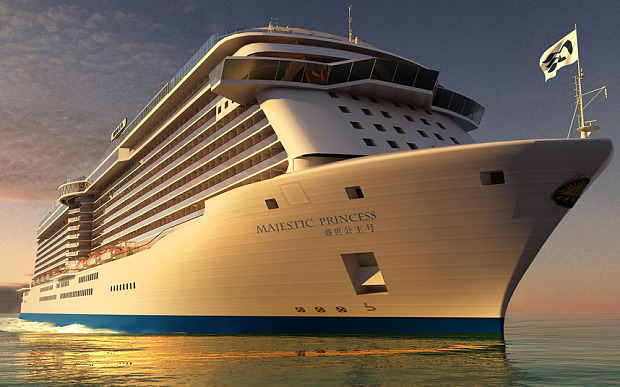 The biggest news is that their newest ship, Majestic Princess, will sail her maiden season in the Mediterranean before heading over to China.  Jan Swartz, President of Princess Cruises, gave the following statement:

“Princess is known for offering the best cruise itineraries around the globe and our 2017 Europe season is sure to inspire our guests with our newest and largest ships in the Mediterranean and Northern Europe. We’re especially excited to debut Majestic Princess in the Mediterranean before she officially sails to Asia for her maiden China cruise season.”

Majestic Princess is currently under construction and will be a sister ship of Royal Princess and Regal Princess.  The ship is scheduled to be completed in the spring of 2017 and will be based out of Shanghai. The vessel will also be the first cruise ship designed exclusively for the Chinese market.

Majestic Princess will sail her maiden voyage on April 4, 2017 and embark out of Rome (Civitavecchia) on a five night Adriatic Sea voyage with port stops in Kotor and Corfu.   The ship will then sail a series of seven, 14, 21, and 28 day voyages that will depart from Barcelona, Athens, and Rome over the next month.

In addition to the Majestic Princess sailings, the following are highlights of the 2017 European cruise season that opens for bookings on Thursday, December 3, 2015.

British Isles Cruises
The 2017 Europe season marks the line’s largest British Isles season ever with 12 departures on Caribbean Princess and two on Pacific Princess, including last night stays in Edinburgh offering the opportunity to visit the world famous Edinburgh Military Tattoo on select sailings. All 12-day British Isles cruises include a new late evening stay in Belfast and an option of an overnight in Dublin on select departures from London (Southampton).

Pacific Princess will also offer 14-day Iceland & Norway itineraries visiting off-the-beaten path ports in Iceland and the Shetland Islands. She will also cross to the land of fire and ice on a Transatlantic passage featuring Iceland.