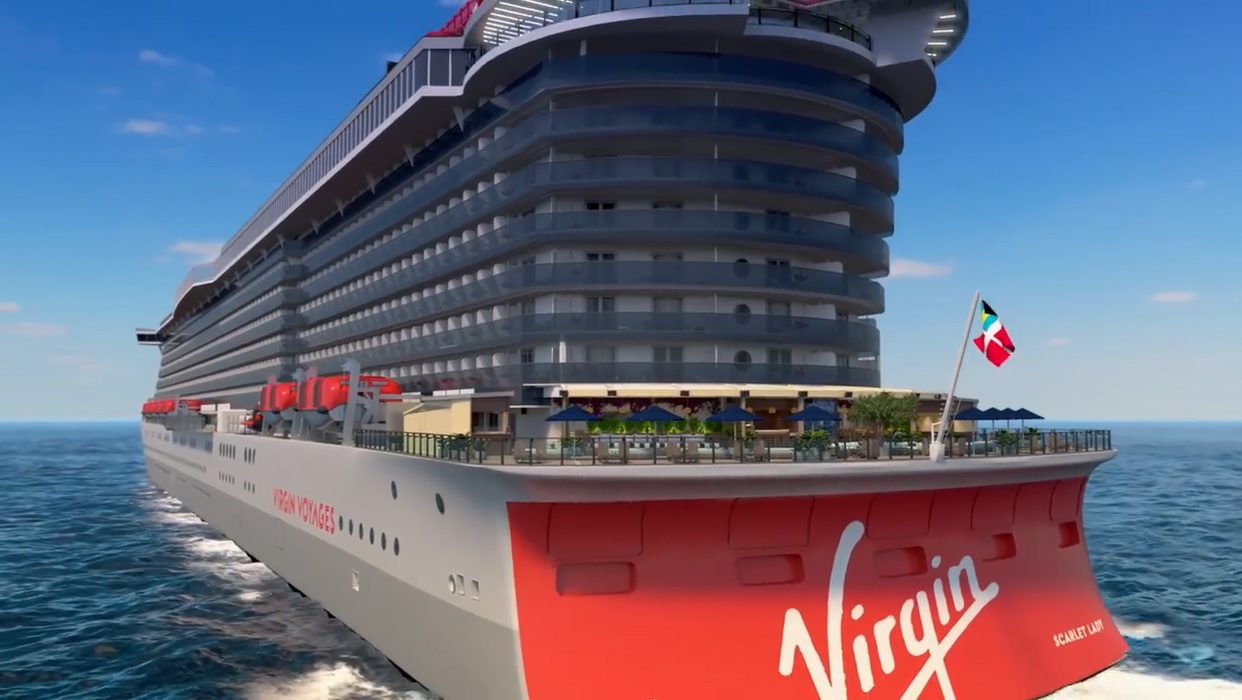 Virgin Voyages, a new adults only cruise line, will have two cruise ships sailing for the first time in 2021.  Scarlet Lady was scheduled to debut this spring but will now sail her first cruise out of Miami next year.

Gratuities, all restaurants on board, basic drinks, and WiFi will be included in cruise fares. Scarlet Lady will sail short cruises from the Cruise Capital of the World, PortMiami.

Valiant Lady will sail a season in the Mediterranean before heading to Miami for the 2021-2022 winter season.

All cruises out of Miami will visit the cruise line’s private port in the Bahamas, The Beach Club at Bimini. 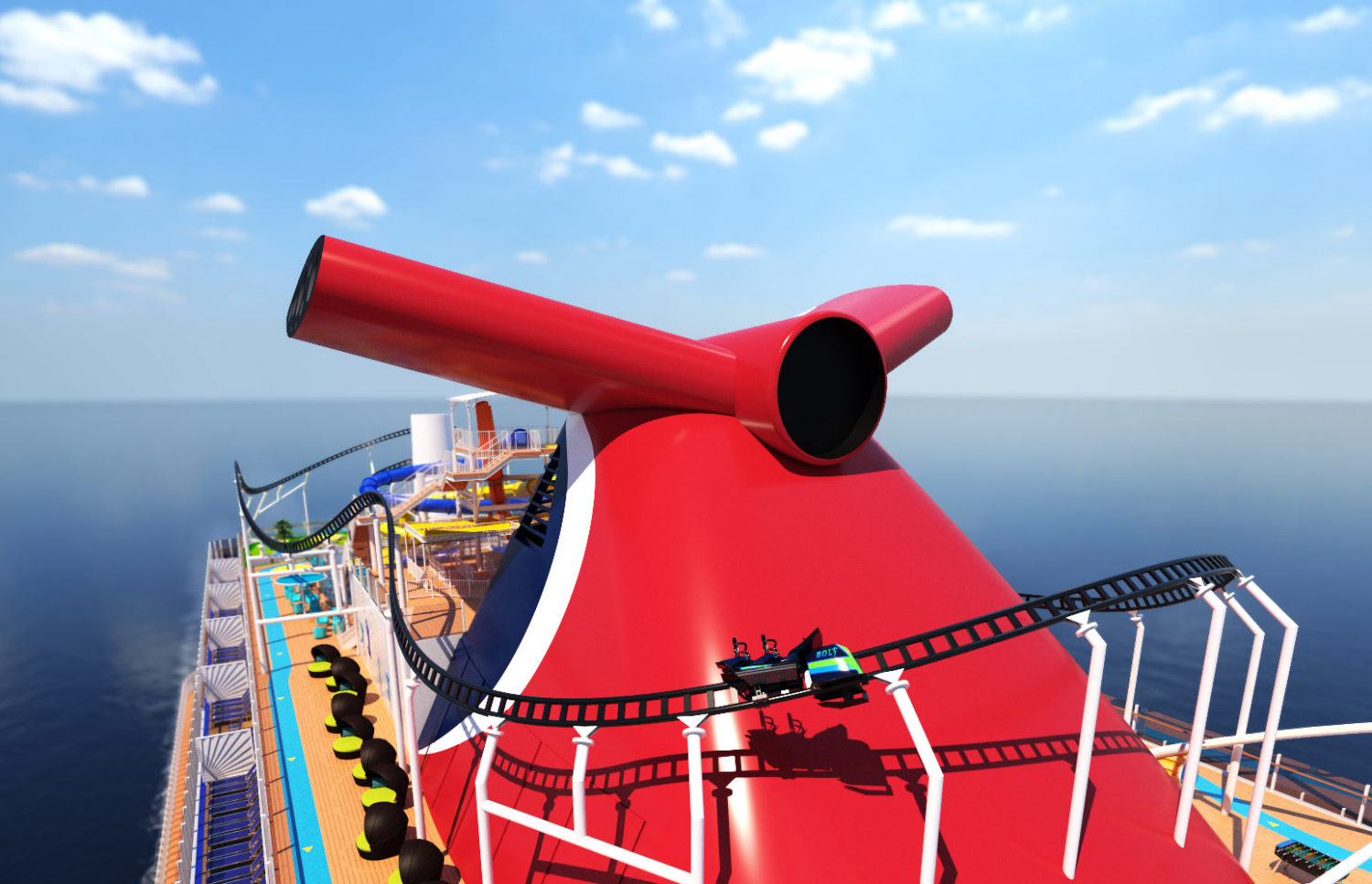 A game changer for the cruise industry, Mardi Gras will introduce a number of groundbreaking innovations, including BOLT, the first rollercoaster at sea, a new restaurant by legendary chef Emeril Lagasse, and six themed zones offering a variety of food, beverage and entertainment choices. Mardi Gras will also offer a wide range of accommodation choices, including more than 180 suites across 11 different levels.

Mardi Gras will sail week long cruises to the Caribbean from Port Canaveral starting in 2021. The ship was originally scheduled to sail in 2020 but has been pushed back.

Royal Caribbean’s Odyssey of the Seas 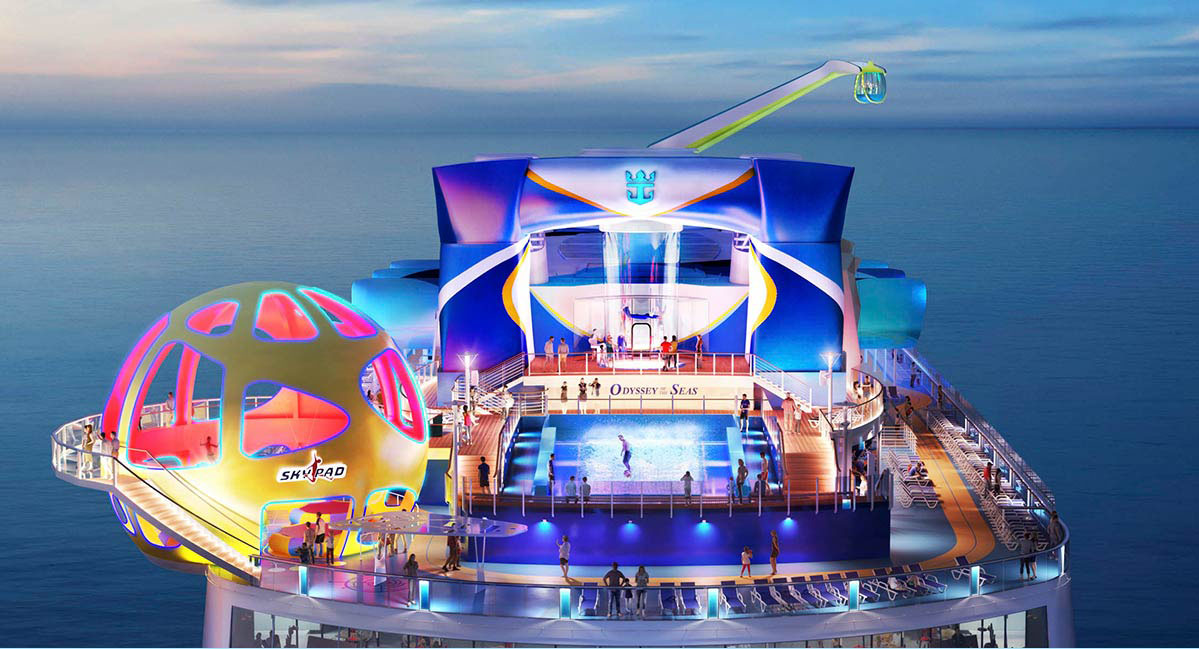 Royal Caribbean is finally sending a Quantum class ship to Florida. Odyssey of the Seas will sail a season in the Mediterranean starting on April 2 before heading to Port Everglades for cruises to the Caribbean.  The vessel will be the second Quantum Ultra class ship from Royal Caribbean.

Odyssey of the Seas will tout game-changing, technological innovations like the next generation SeaPlex, the largest indoor space for recreational activities at sea, which will see the addition of this venue’s first Playmakers Sports Bar & Arcade with club-level views of the competition below; a reimagined Adventure Ocean kids program and a maxed-out teen lounge with gaming consoles, music and movies. Guests onboard Odyssey can enjoy all-new dining, including Teppanyaki, serving East Asian flavors in a traditional Japanese style; and Giovanni’s Italian Kitchen & Wine Bar with rustic Italian dishes and a contemporary flair. 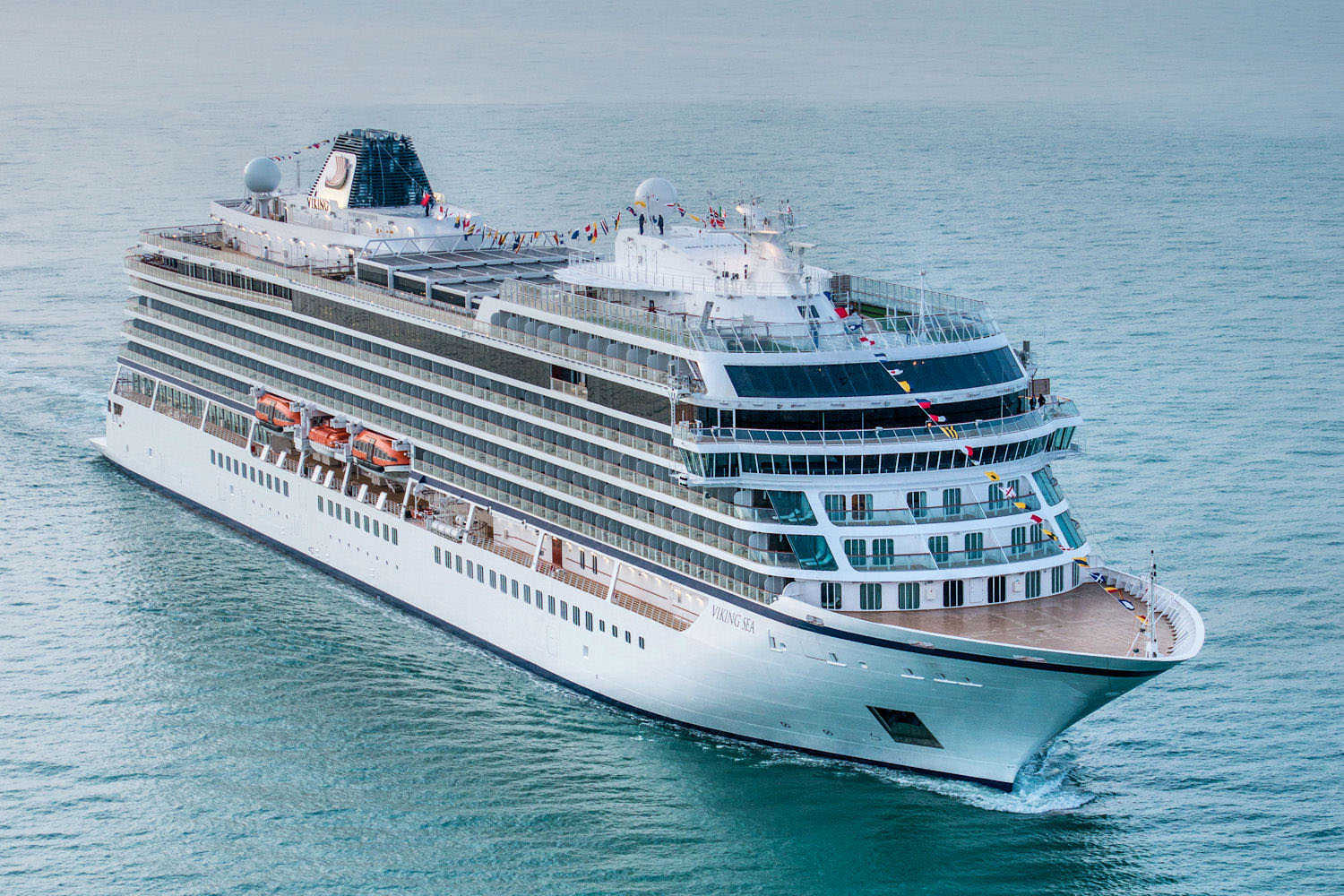 The seventh cruise ship from award winning Viking, Viking Venus is scheduled to begin sailing this spring.  The vessel will be nearly identical to her six sister ships and offer guests a nearly all inclusive experience.

There will be no inside or oceanview cabins, every stateroom has its own private balcony.

All cruise fares will include WiFi, a shore excursion in every port, drinks during meals, access to the spa, room service, and both alternative restaurants on board.

Celebrity Cruises’ second Edge class vessel, Celebrity Apex will begin sailing for the first time after cruises start back up. The cruise ship was completed this summer and is ready to go.

From impeccable accommodations, including Edge Staterooms with Infinite Verandas and two-story Edge Villas with outdoor plunge pools, to 29 world-class culinary venues, Celebrity Apex has it all.

Celebrity Cruises will now have WiFi, drinks, and tips included in cruise fares making them the first cruise line to offer a true luxury experience on a large cruise ship. 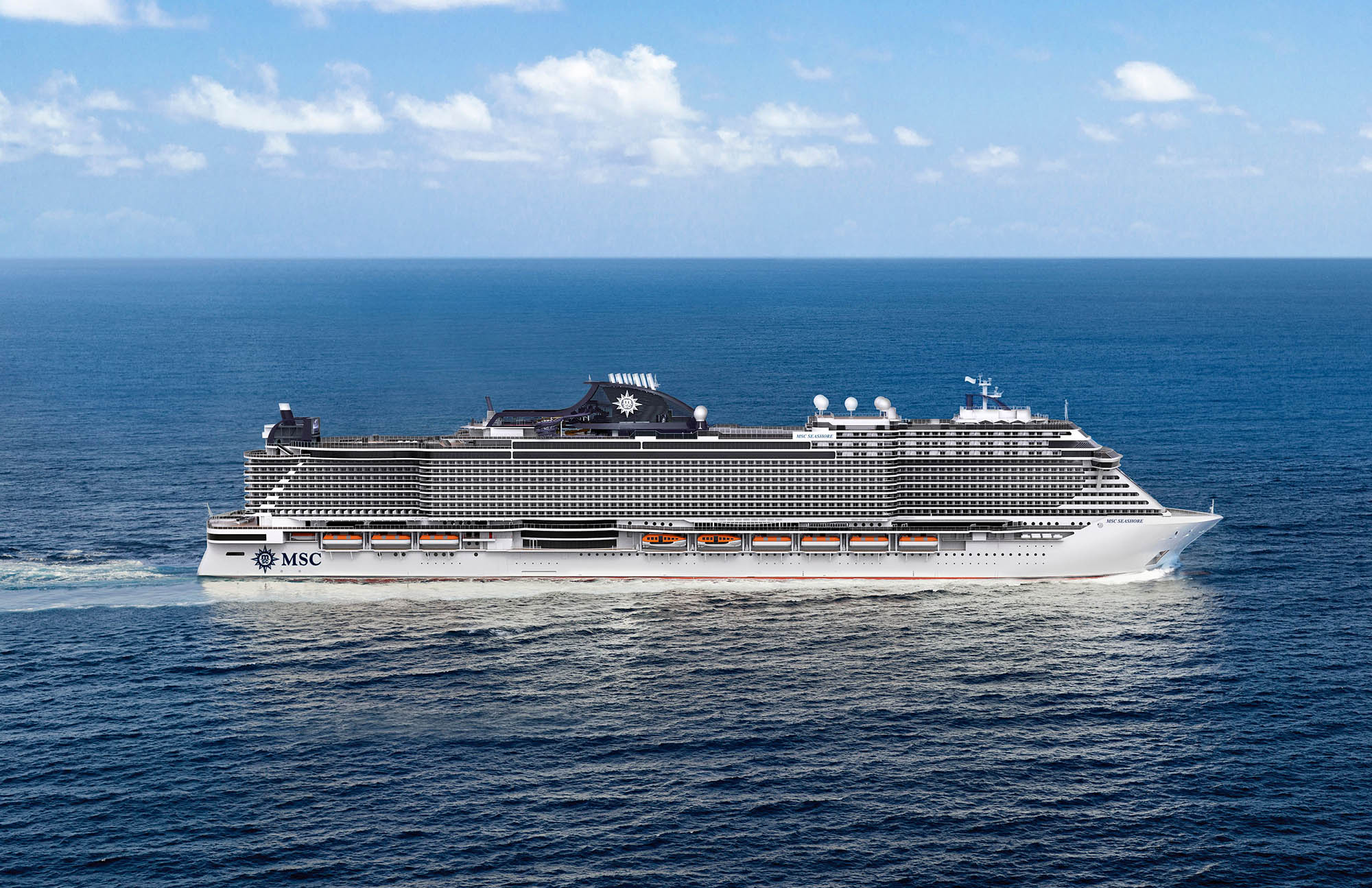 After an inaugural season in the Mediterranean, MSC Seashore will make her way to the U.S., arriving in Miami in November 2021. From there, she will sail 7-night Caribbean itineraries, including stops at MSC Cruises’ private island in the Bahamas, Ocean Cay MSC Marine Reserve. 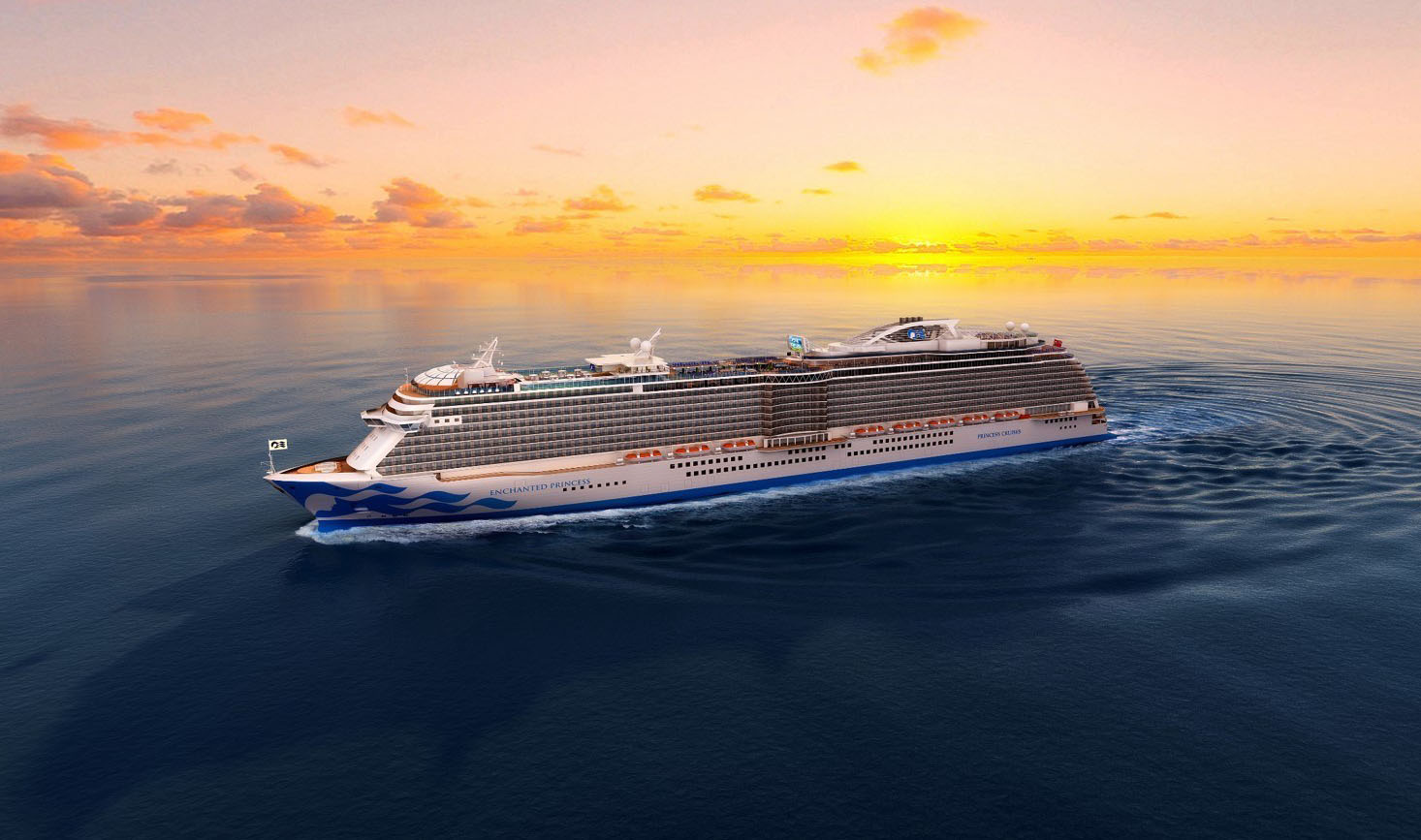 The 143,700-ton, 3,660-guest Enchanted Princess will offer an elevation of spectacular style and elegance that Princess is known for, in addition to new distinct features.

Enchanted Princess will make her debut when cruises start back up.  The ship has been completed and was originally scheduled to debut in 2020.

The Ritz-Carlton Yacht Collection is poised to become the most coveted experience at sea. They are the first luxury hotel company to bring the ambiance of their resorts to the world of cruising.

Evrima will feature 149 suites, each with its own private terrace, and accommodate up to 298 guests in a relaxed, casually elegant atmosphere. As with the Ritz-Carlton on land, each yacht will feature personalized service, elevated dining and luxury amenities. To provide the highest quality service, there will be nearly as many staff members as guests.

The onboard experience will reflect the sublime comfort and unparalleled level of individualized guest service for which the iconic Ritz-Carlton brand is recognized, with one of the highest staff to guest service ratios in the cruise industry.  The vessel will debut in April, 2021. 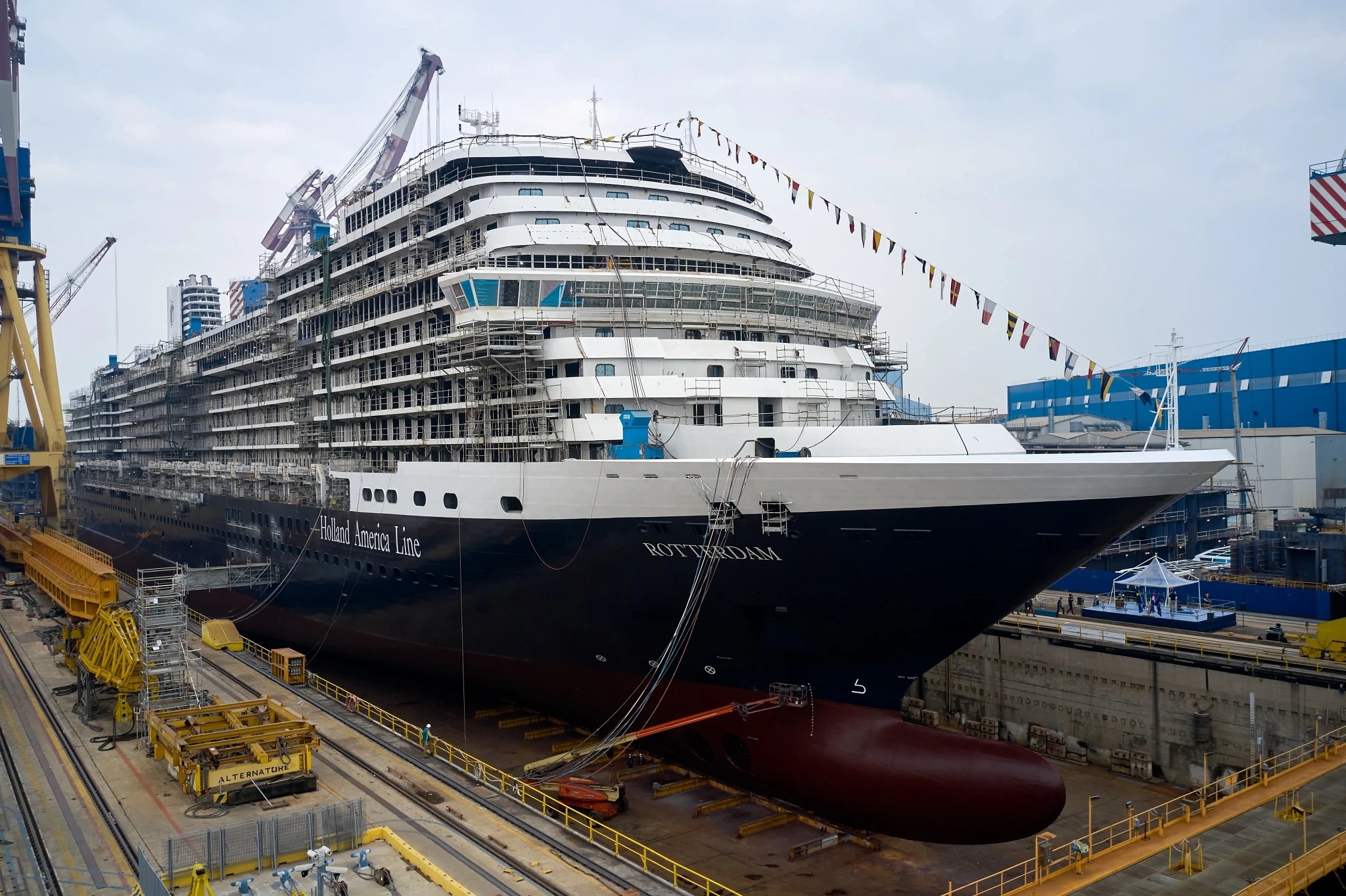 Rotterdam will be the third Pinnacle class ship from Holland America Line and the seventh cruise ship to sail under the name Rotterdam.

Cruising aboard Rotterdam begins August 1, 2021 with the cruise ship’s seven-day Premiere Voyage departing from Trieste, Italy, to Civitavecchia (Rome), Italy, with port calls throughout the Adriatic Sea and southern Italy. Rotterdam sails August 8 from Civitavecchia on a 14-day cruise through the western Mediterranean and on to Amsterdam. 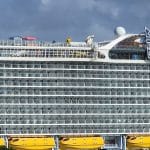 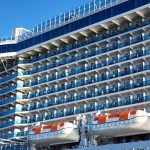 ABOUT US
Two brothers started Cruise Fever in 2011 when they decided they couldn't stop cruising so they might as well write about it. Do you have Cruise Fever too? Follow along on this incredible voyage!
FOLLOW US
© 2011-2021, Cruise Fever ®. All rights reserved
5.4K Shares
Share5.3K
Tweet
Pin26
Email
Share