Royal Caribbean’s Adventure of the Seas is having propulsion problems after an oil loss from the fixipod propulsion unit forced the cruise line to cancel two ports of call.  This problem was first reported by Cruise Critic when they found out about the problem from a member of their message boards.  Update on Adventure of the Seas 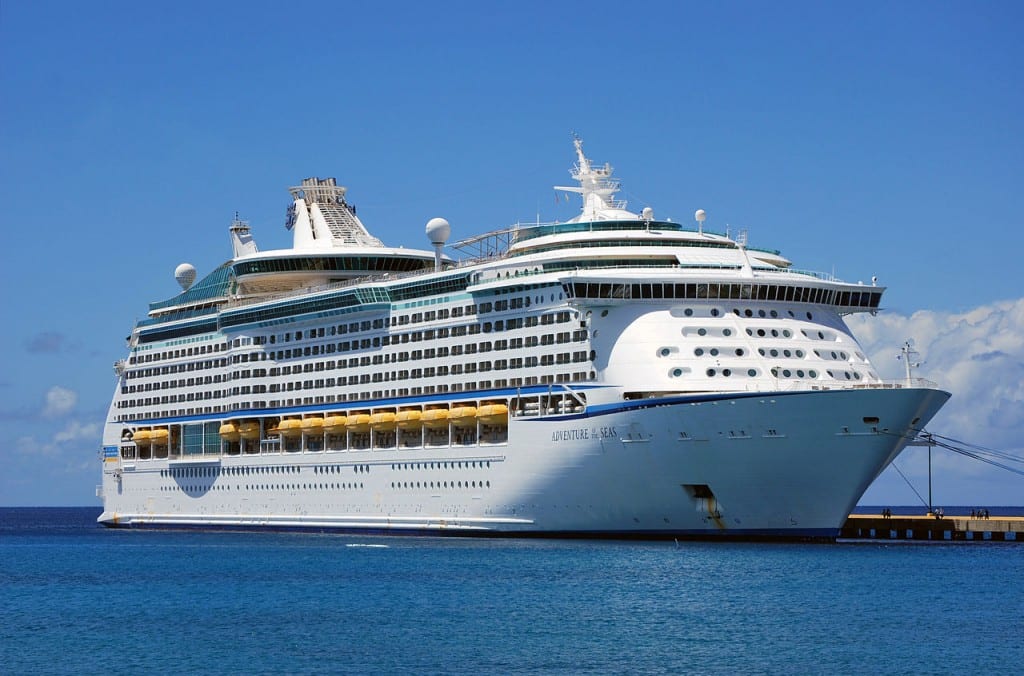 The cruise ship was already scheduled to go into dry dock on March 30, 2014 and repairs will be made at that time. Royal Caribbean said that the next sailing should not be affected by the propulsion problem.

Cynthia Martinez, the manager of global corporate communications for Royal Caribbean, told Cruise Fever that oil booms were immediately placed around the ship to contain the oil.  She also said that until permanent repairs can be made to the ship, the fixipod will remain offline.

The ship was delayed in St. Kitts while repairs were made which forced the cancellation of the stops in Aruba and Curacao. The ship will now call on the ports of Antigua, St. Maarten, and St. Croix before returning to San Juan on Sunday.

The change in ports is due to the reduced speeds of the cruise ship.

The Adventure of the Seas is currently on a 7 night cruise out of San Juan, Puerto Rico and originally had stops in the ports of St. Thomas, U.S. Virgin Islands; Basse-terre, St. Kitts; Oranjestad, Aruba; and Curacao.

Cruise Fever will continue to monitor this issue and will update this article if and when more information come becomes available.