Ovation of the Seas, Royal Caribbean’s newest cruise ship, began the 10 hour conveyance down the River Elms that will take the ship from the Meyer Werft Shipyard in Papenburg, Germany to the North Sea. 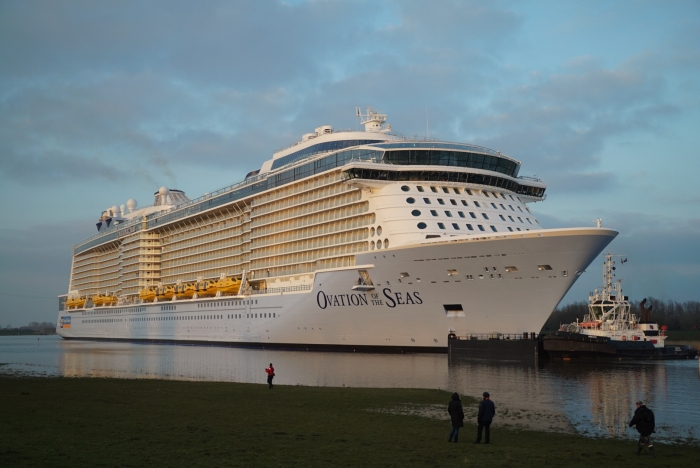 The 26 mile (32 kilometer) journey down the River Elms with the guidance of two 9,000 horsepower tugboats. The ship will move at approximately 2-3 knots, the same walking pace as a 40 year old man. The Quantum class ships are the largest ships to ever make the journey from Meyer Werft to the North Sea.

The ship will maneuver backwards down the river in order to optimize control. Four bridges had to be either removed or opened to allow the ship to pass through. As several points in the river, there will only be a few centimeters of clearance on either side of the ship as it travels through the channel. Three GPS devices and four pilots are used to ensure safety of the cruise ship. Click on the infographic on the left for more details of the conveyance.

Ovation of the Seas is the 3rd Quantum class ship from Royal Caribbean.  The 168,00 gross ton cruise ship can carry 4,180 passengers at double occupancy (4,905 maximum occupancy) and is set to debut on April 17, 2016.  After a few short cruises in Europe, Ovation of the Seas will homeport in Tianjin, China where the vessel will sail a variety of cruises to China, Japan, Singapore, Hong Kong, and South Korea. Ovation of the Seas will have all the groundbreaking features of the first two Quantum class ships including a skydiving simulator, the North Star, robotic bartenders, the versatile Seaplex, and virtual balconies on all inside staterooms.

Below are photos released by Royal Caribbean of Ovation of the Seas making the conveyance down the River Elms. 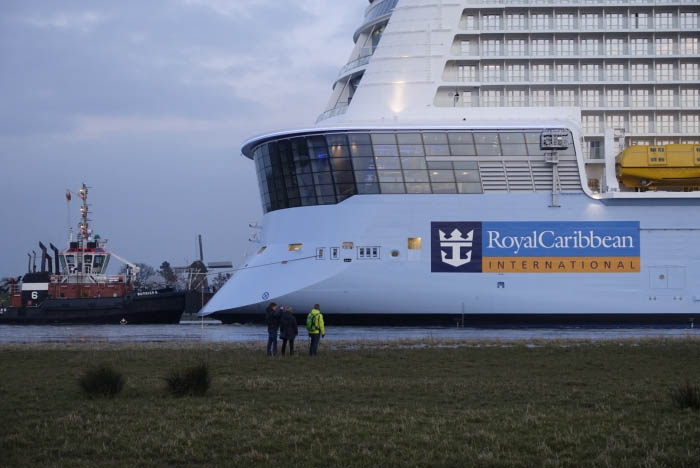 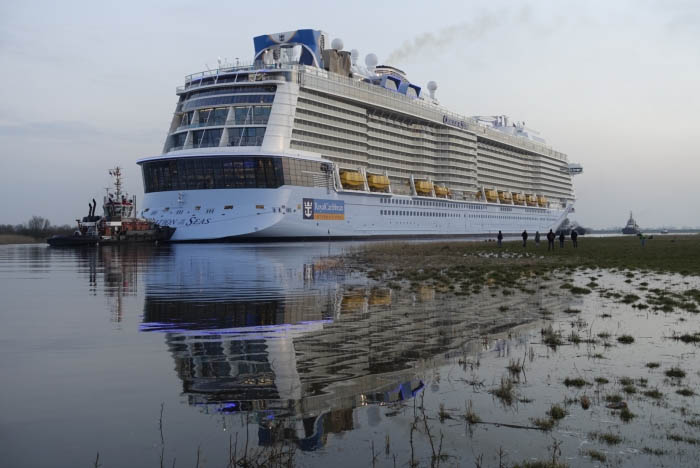 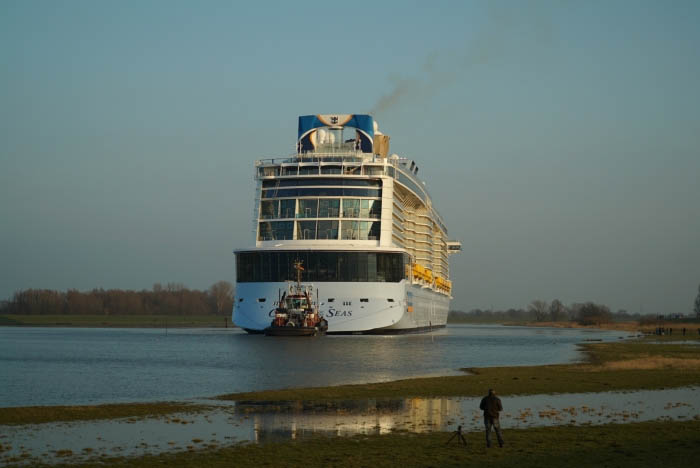 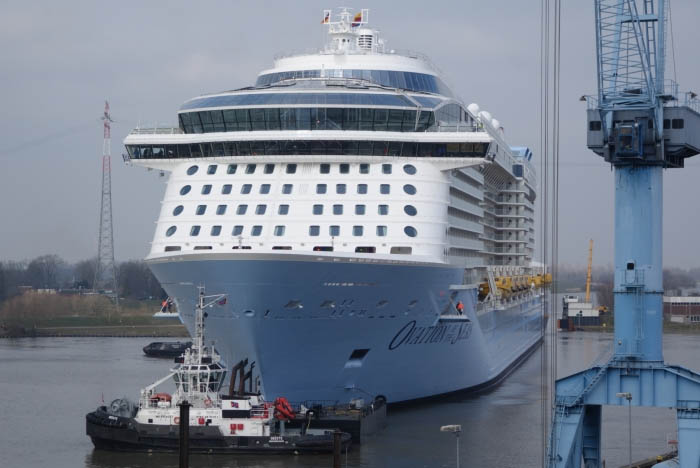 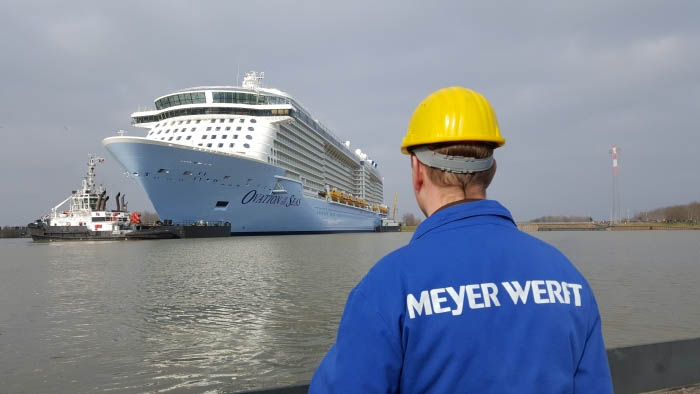 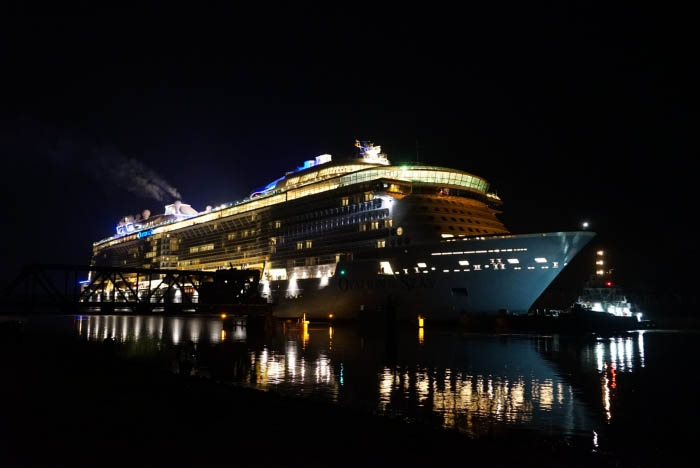