A Royal Caribbean cruise ship is set to receive new features during a $97 million overhaul to the vessel. Royal Caribbean announced that Voyager of the Seas will be the cruise line’s latest ship to be transformed this fall. 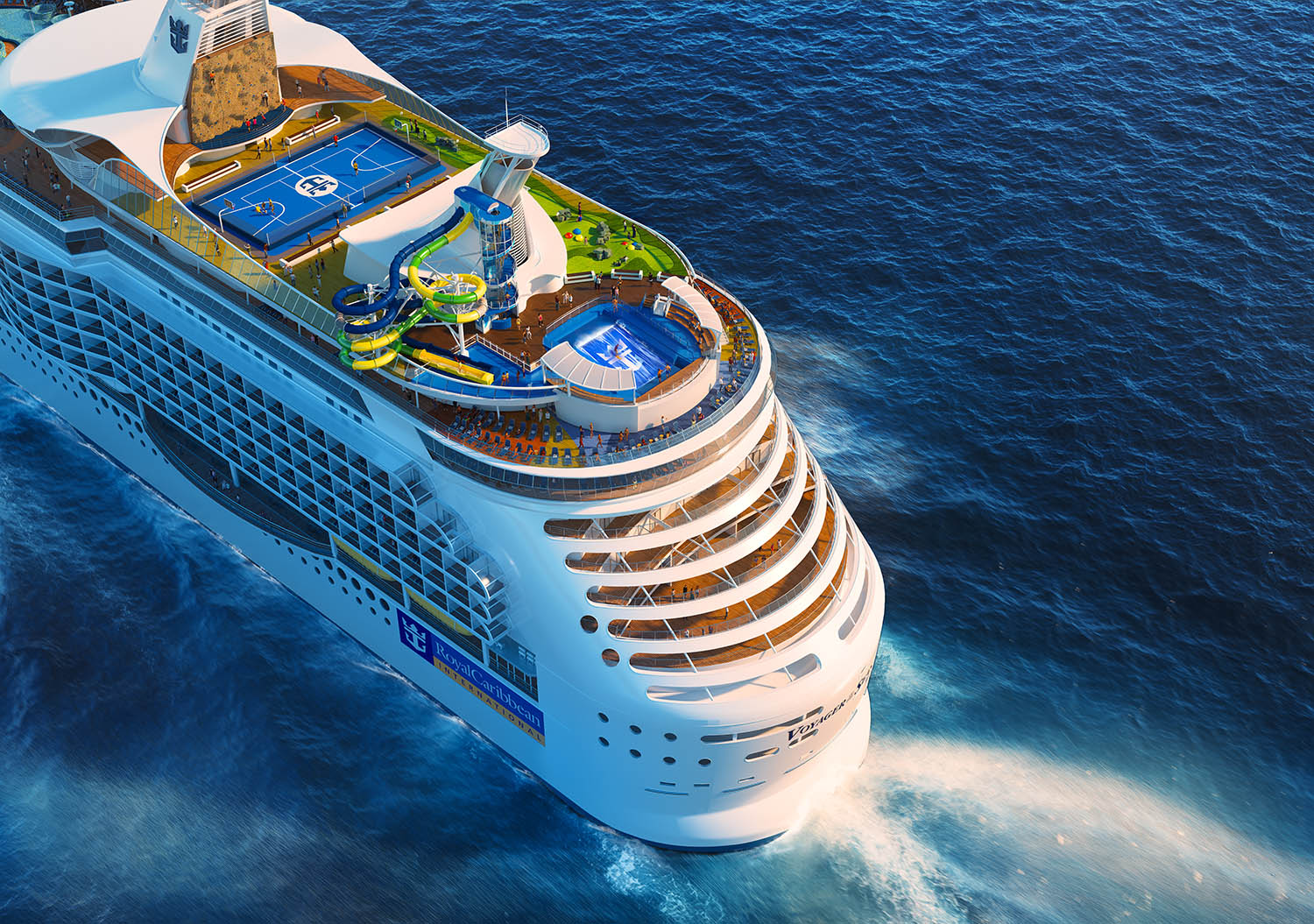 From The Perfect Storm duo of racer waterslides to the reinvigorated Vitality Spa and redesigned kids and teens spaces, Voyager of the Seas will tout a thrilling combination of experiences that make for an unforgettable family vacation to far-flung destinations on the other side of the world.

Beginning October 21, the newly transformed cruise ship will set sail on a series of 3- to 5-night Southeast Asia itineraries from Singapore, followed by a season down under with 9- to 12-night South Pacific cruises from Sydney, Australia, starting on November 30.

On Voyager of the Seas, vacationers can dial up the adventure with newly added Royal Caribbean hits never before seen in the South Pacific.

The Perfect Storm waterslides duo – Typhoon and Cyclone – will raise the stakes with three stories of heart-pumping twists and turns. This is the ultimate ride where guests can challenge their limits and each other in a highspeed race for bragging rights. The can’t-miss attraction joins returning favorites, including the FlowRider surf simulator, rock-climbing wall and mini-golf, to round out the ship’s action-packed aft.

The cruise line’s amped-up getaways also introduce new and reimagined experiences for the whole family to spend time together and on their own while on board. 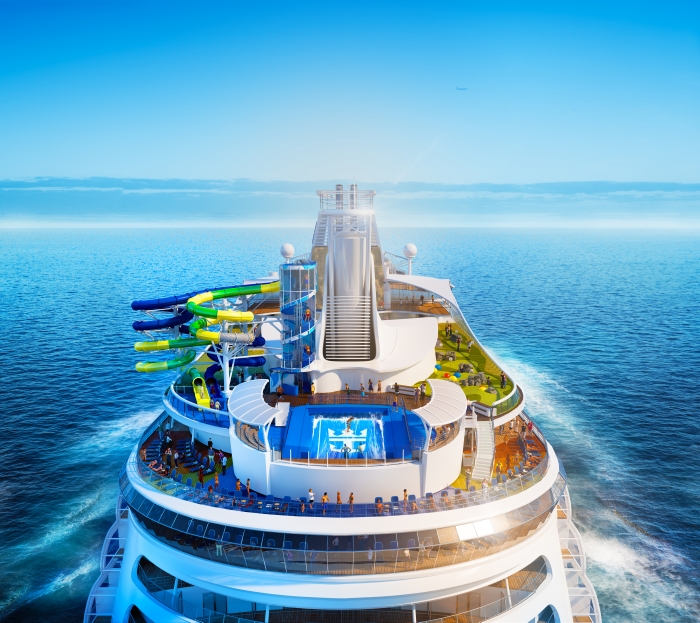 Making its out-of-this-world debut on Voyager of the Seas, Battle for Planet Z laser tag has quickly become a staple on Royal Caribbean ships. The glow-in-the-dark adventure in Studio B takes place in a universe of the distant future as two groups of thrill seekers – aliens and robots – go head to head to claim the last planet of a far-flung galaxy.

Younger guests, ranging from babies to teens, will enjoy a top-to-bottom redesign of their dedicated spaces. A fresh take on the award-winning Adventure Ocean, for kids of 3 to 12 years old, brings a modern, free-play approach to a new, open layout with whimsical activities at every corner.

A first on Voyager of the Seas, a nursery for babies and tots will open its doors, while 3- to 5-year-olds can dive into the excitement in an area created just for them. Teens are in for an exclusive, updated hangout like no other on board, along with the addition of a laidback outdoor deck.

Vacationers looking to relax and recharge are in for a treat at the Vitality Spa and Fitness Center. Enhanced and relocated to the aft of the ship, the spa and gym will offer its extensive, signature menu of services, including massages, acupuncture, manicures, fitness classes and personal training. Guests who opt to cool down poolside can look forward to a refreshed Solarium for all-day, adults-only tranquil vibes.

More highlights to make their way to Voyager include 72 new inside and balcony staterooms, a Suite Lounge and outdoor area – exclusively for guests in Grand Suites and above; and the Diamond Lounge for members of Royal Caribbean’s Crown & Anchor Society loyalty program.

The reimagined cruise ship will also feature the new Royal Caribbean International mobile app. Travelers can soon check in for their cruise vacation from their phone, and once on board, the app will deliver an array of capabilities. From exploring and planning activities for each day of the itinerary, and viewing onboard expenses, to booking and managing dining, shore excursion and show reservations, guests will be able to seamlessly transition into vacation mode.

Voyager of the Seas will be the fourth cruise ship reimagined as part of the Royal Amplified fleet modernization effort built on research and guest feedback. The cruise line’s investment of more than $1 billion spans 10 ships in four years and touches every facet of the guest experience.

Introducing a robust variety of bold adventures meant to appeal to every generation, the program is a representation of Royal Caribbean’s passion for innovation, relentless attention to detail and commitment to delivering unforgettable vacations.

J. Souza
Jon got hooked on cruising after his first cruise on his honeymoon, and today he is always looking for cruise deals and reading information about the cruise industry. Jon lives in the foothills of North Carolina and wishes there were a cruise port that far inland. Jon can be reached at [email protected]
Cruise News Royal Caribbean Royal Caribbean Cruise Ship Receiving New Features
Previous articleNew Carnival Cruise Terminal Unveiled
Next articleFirst Impressions of Holland America Line