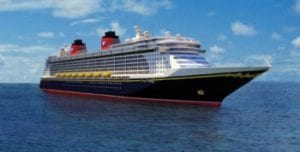 The past 5 years in the cruise industry have brought about the biggest and most innovate cruise ships being built.  In 2012, the trend will continue when several new ships begin sailing.  Each new ship always brings a new element to cruising as cruise lines try to lure passengers with the “wow factor”.

Although only 20% of those living in the U.S. have taken a cruise vacation, the cruise industry is growing at it’s fastest pace with the help of the mega ships that are being built.  Here are the best cruise ships that are currently under construction but will be launched in 2012.

Carnival Corp. is scheduled to launch the Carnival Breeze in June of 2012.  The Breeze will be the 3rd of the Dream Class ships.  This 3,690 passenger cruise ship will have a theme park style water park on the top deck along with an adults only pool deck and lounge area.  The ship will also have a mini-golf course, ropes course, outdoor fitness center, hot tubs extending over the sides of the ship, and a giant poolside LED screen for movies.

There will be 3 main restaurants, a sushi bar, an Italian eatery, a steakhouse, and deck grill.  Entertainment on the ship will consist of a comedy club, piano bar, and several nightclubs.

The Carnival Breeze will start the summer cruising 12 night cruises out of Barcelona, Spain.  In November, the ship will head to Miami where it will sail 6-8 night cruises to the Caribbean.

Disney’s 4th cruise ship, the Disney Fantasy, is scheduled to be launched in March, 2012.  This family friendly 2,500 passenger ship will be styled after the 1930s era glamour reminiscent of the grand ocean liners of the past.  The ship will have 3 pools, an “Aqualab”, a Muppet themed adventure quest, extensive kids and teen programming, and will continue with the tradition of family friendly bathrooms.

The Fantasy will sail out of Port Canaveral, Florida on 7 night cruises to the Caribbean.

The Fascinosa will be the 5th ship in the Concordia Class.  This 3,000 passenger ship will have 5 restaurants, 13 bars, 4 pools, 2 level spa and a Turkish bath.  Entertainment options will include a 3 deck theater, outdoor video screen for movies, a 4D cinema, virtual golf and Grand Prix simulators.

The Fascinosa will be launched in May, 2012 and will sail 7 night cruises to Greece and Croatia.  The ship will embark out of Venice, Italy.

The MSC Divina is scheduled to be launched in May, 2012 and will sail 7 night cruises to the Eastern Mediterranean from Venice, Italy.

River cruise boats are great for those that do not live near a port and would rather not sail on the open seas.  Viking River Cruises have 6 new boats planned to be launched in 2012.  These 190 passenger vessels will sail between different cities in Europe on the Danube, Rhine, and Main Rivers.

The Queen of Mississippi is scheduled to be launched in August, 2012 and will sail the Mississippi River and its tributaries.  The authentic sternwheeler river boat will sail from New Orleans, Memphis, and St Louis.  The boat will sail as far north as St Paul, Minnesota and as far east as Pittsburgh, Pennsylvania on the Ohio River.  This 150 passenger boat will have 6 lounges, a library, and was built in the U.S.