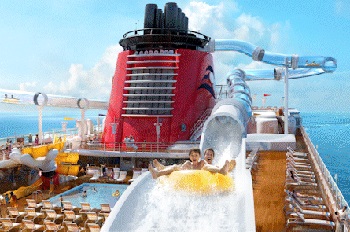 This month Disney Line Cruises have announced some really interesting details of the very latest features that are going to be on board their brand new Disney liner called the ‘Disney Fantasy’. There is a real buzz and excitement around what new features the ship will have and the speculation of what they might be has been quite intense over the past few month

So what are the new features on board for the kids?

One of the most exciting new features that will be on board is the new ‘Aqua Lab’ that is set to be on Deck 12 of the ship and this will be a complete water playground situated next to the ‘Aqua Duck Water Rollercoaster’.

The ‘Aqua Lab’ is quite a spectacular water park and a lot of money, time, research and development would have gone into the creating of this cool new feature.

The running theme of the water park involves Donald Duck’s nephews and the back story of the park is that Huey, Dewey and Louie have been developing their own water experiments and everything has gone very wrong. It is then left up to the guests on board to attempt to control the mess by adjusting the wheels and levers in the park which affect the water temperature and speed of the water flow.

All this is set in just under 2,000 square feet of space on Deck 12 where there will also be a wading pool that will have cool fountain features integrated with them and also a luxurious canopy seating area for the adults.

Are there any new features for adults?

There is a really great new feature that is just for adults on the Disney Fantasy Liner and this comes in the form of a Satellite Sun Deck which is due to be situated on Deck 13 and will be alongside the Cover Bar that already exists on Deck 13.

At the heart of the deck there will be a water fall that Disney has dubbed ‘Satellite Falls’ which is called this because it is essentially a circular splash pool with benches and also it is situated just underneath one of the ships huge satellites . This is specifically for adults and has an over 18 age limit applied to it which gives the adults somewhere to have for themselves.

There are sure to be a few extra new features that Disney will release at a later date to keep the anticipation building but these are some of the main new features the Disney Fantasy will have on board. 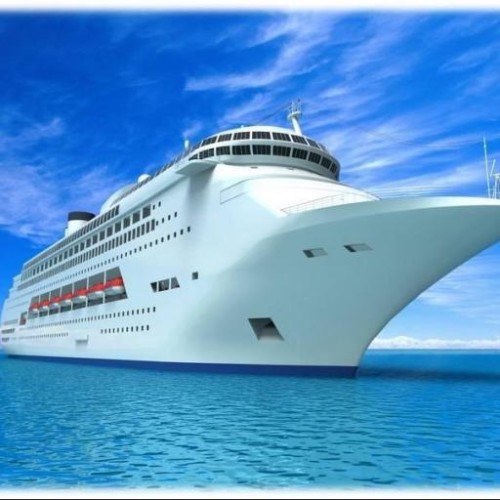