Can You Trust Cruise Reviews? 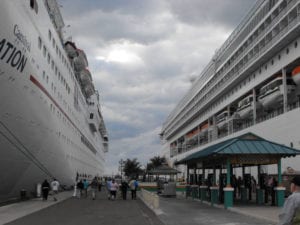 It isn’t long after you book your cruise that you begin to research the ship and ports of call that you will be visiting.  You being to read a couple reviews of your ship and start reading of terrible service, bad tasting food, dirty rooms, and a rude staff, and loud out of control children running around the ship at all hours of the night. Before you begin to question yourself and if you made the wrong decision booking with that certain ship, there are many things you need to realize.  Can you really trust cruise reviews?

The first thing you need to remember is that the overwhelming majority have little or no problems while on a cruise.  The ones who do have a problem are more likely to write a review and complain and want to tell everyone about how terrible of a cruise it was.  But remember, they are in the minority.  For the majority, the cruise went as planned and while some of them will submit an online review, most of them will not.

A 2nd thing to remember is that some have too high expectations.  Just because a cruise line offers “Broadway Style” shows doesn’t mean that it is Broadway quality.  If a preformer/singer was of Broadway quality, they would be preforming on Broadway.  Most ships shows are similar to the quality that you would find at your local theme park, maybe slightly better.  The shows on the new mega ships (Allure, Oasis, Epic) are amoung the best at sea.

The 3rd thing some people need to realize is that since you are on a ship, the weather can play a large factor in the cruise having to change plans for the safety of the passengers.  On my very first cruise, we had to miss a port because the captain felt it was not safe to tender to the island.  I have read reviews where a passenger was complaining about a ruined cruise because they couldn’t snorkel on the day they planned because of a missed port.  Hurricanes and tropical storms can cause a cruise planned for the Eastern Caribbean to sail to the Western Caribbean instead.

A 4th thing to consider is that everyone has different tastes.  While some might find a certain comedian dull and boring, the people in the row behind them might be laughing with tears in their eyes enjoying the act.  Some love seafood while others love Italian.  Some prefer a romantic quiet dinner while others just want to hit the buffet and lounge by the pool.

If you do have a problem while at sea, go to the person in charge of that department and see if you can get it made right.  Coming home and writing complaints in reviews doesn’t fix or solve any problems.  Most things can be fixed and taken care of on the spot.  Once you get home, it is too late.  Don’t let a misunderstanding or the first thing to go wrong set the mood for your cruise.  Mistakes and misunderstandings take place in every facet of life.

Lastly, remember that cruising is not for everyone. While most cruisers have the time of their life, some do not enjoy being on a ship and prefer land vacations. Don’t let the reviews of these few affect the expectations for your cruise.

I suggest you take cruise reviews, as the old cliche says, with a grain of salt.  You can learn awesome tips about your ship and things to do from reading them.  Try and focus on the objective reviews and ingore the subjective ones that are clearly biased.