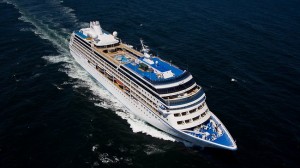 Bill Leiber, the Chief Blogging Officer of Azamara Cruise Lines, has announced some changes to the cruise line that will offer passengers even more when they cruise with Azamara.

For starters, Azamara is offering a complimentary selection of wines and traditional beers that available throughout the ship during bars’ opening hours.  This includes rum, vodka, tequila, and scotch.

Also available will be the new AzAmazing Evening which will be a complimentary destination event ashore featured on every voyage.   These events will consist of trips to the Ancient Caves of Beit Guvrin, private ballet performances in St. Petersburg, Russia, equestrian ballets at the Royal Andalusian School of Equestrian Art, classical concerts at the Roman theater at Shoni Fortress, and a tasting of Spanish foods and wines at the Carriage Museum.

While this will all be included in the fares that passengers will pay, they will not be necessarily free since Azamara also said that fares will be increasing on November 1, 2012.

Azamara Cruise Line is an upscale cruise line that is owned and operated by Royal Caribbean and offers higher-end cruises on their two ships.  Gratuities, bottled water, soft drinks, specialty coffees, wine at dinner, and laundry service are a few of the things that are included in each cruise fare.