Business Insider is reporting about a futuristic cruise ship designed by Meriens that is shaped like a massive manta ray.  The ship would be fully autonomous, producing zero trash and will use renewable energy. 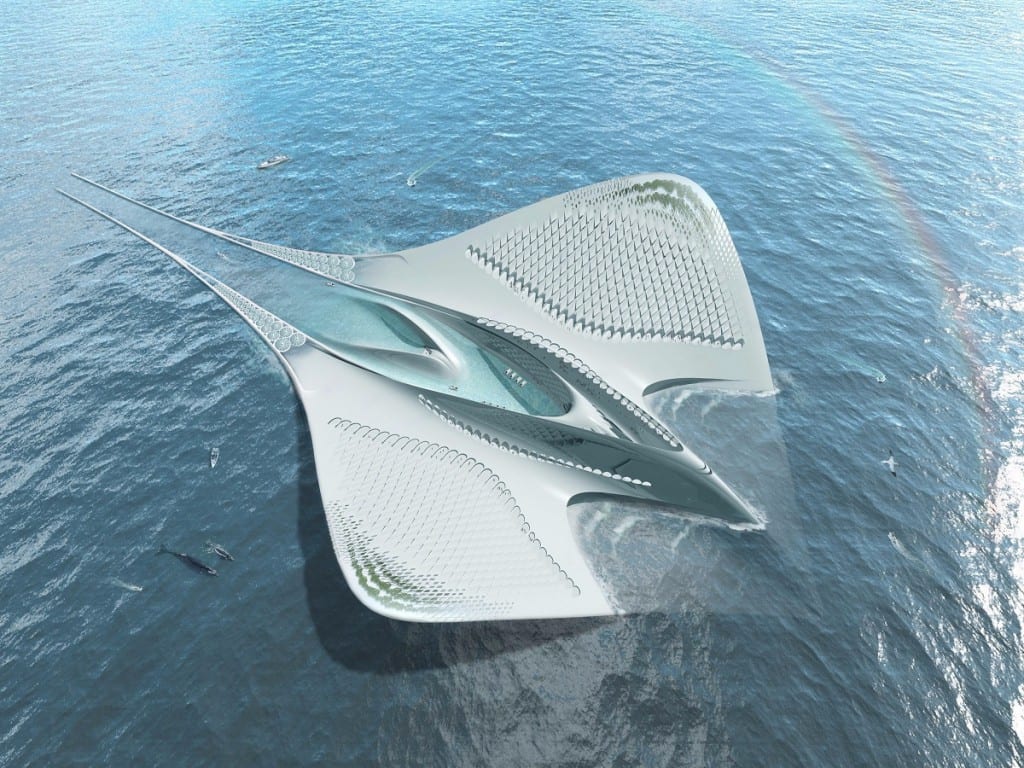 The design of the vessel is called “The City of Meriens” and it will comfortably hold 7,000 people.  At 2,950 feet long, the ship would be nearly 2 1/2 times longer than the Oasis class ships from Royal Caribbean, currently the largest cruise ships in the world.  The ship would be a staggering 1,650 feet wide.

Jacques Rougerie, the visionary French architect behind Meriens, said that the ideal use of this vessel would be for scientific research and would be “a floating scientific city entirely dedicated to the observation and analysis of marine biodiversity.  His two passions, the sea and architecture, inspired him to create the design for Meriens.

The outer edges of the wings would be used for a hydroponic garden.  There will be a lagoon in the center of the ship used to house aquaculture breeding farms.   How soon before Meriens becomes reality?  Only time will tell, but the design is interesting and revolutionary when it comes to cruise ships/floating cities.  Photo credit: Jacques Rougerie 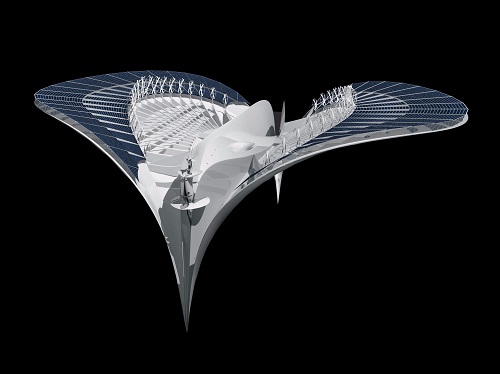 Ben Souza
Ben is a world traveler who has visited 40+ countries and taken over 70 cruises. His writings have appeared and been cited in various media outlets such as Yahoo News, MSN, NPR, Drudge Report, CNN, Fox, and ABC News. Ben currently resides in Cincinnati, Ohio. Follow Ben on Instagram. Visit Ben Souza on Linkedin. You may email Ben at [email protected]
Cruise NewsThe Half Mile Long Futuristic Cruise Ship
Previous article
Carnival Offering a Range of Bermuda Options in 2016
Next article
Titanic’s Last Lunch Menu Expected to Fetch $70,000 at Auction