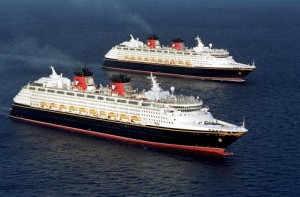 There is a fear among cruisers every time oil crosses north of the $100 a barrel mark.  They wonder if the cruise lines will reinstate the fuel surcharge that cruise lines implemented when oil pushed near the $150 a barrel mark in 2008.

Cruise lines have the fuel surcharge written into their user agreements.  They have the following displayed on the page before you complete a cruise booking.

The cruise lines have been reluctant to reinstate the unpopular surcharge even though oil passed $110 a barrel this spring.  Once one cruise line adds the charge, the others usually follow and none of them wanted to be that cruise line.

It was good that they didn’t give in as oil has plunged over $30 a barrel in the past 2 months, and is currently in the mid $80 range.  While $85 is till above the threshold where they can legally add it on based on their terms, it is highly unlikely that they would do so while it is under $100.