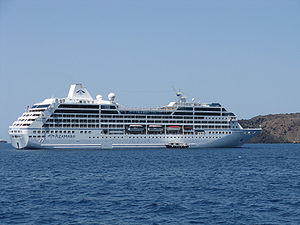 In a year that has been riddled with cruise ship accidents and fires, there has been some refreshing news out of Malaysia that started with a fire in the engine room on Friday.

Five days into a 17-night Asian sailing, the 590 passengers aboard the Azamara Quest were assembled at their emergency stations while the ship drifted 190 miles off the coast of Borneo, powered only with a backup system.

Passengers on the ships noticed smoke around dinner time, but the crew was able to put the engine room fire out immediately.  This left the ship crippled in the water for one night, and by the next day the ship was able to move on its own, even though there was no power on the Azamara.

The cruise industry has stated that these recent fires are really an anomaly and that they are very uncommon, so it’s ironic that this has been the 3rd fire on a cruise ship since November of 2010, the most recent being the Costa Allegra, which took 4 long days to reach port.

But even though the rooms were very hot from not having air conditioning, passengers have reported the professional way in which the captain and crew handled the situation.  They worked around the clock to make sure the passengers were taken care of and barbecued chicken, pork, and steak on the main decks while giving out free drinks to the cruisers.

People reported more of a party atmosphere in the middle of this ordeal as the Royal Caribbean owned ship took 48 hours to reach port.

Royal Caribbean is still investigating the cause of the fire and has stated that the passengers will be getting full refunds and certificates for future cruises.

Cruise ships have advance firefighting technologies in engine rooms and so even the recent fires did not pose a large risk to the passengers, even though the fires have left ships partially incapacitated for a period of time.

When it became clear that things were under control, the Azamara Quest’s passengers sought to stay upbeat, despite the ship’s inability to restore air conditioning. Many of the 11-deck vessel’s entertainment facilities, which include a spa and shopping boutiques, were also shut, passengers said.

Margaret Whawell of Melbourne, Australia, said her husband slept on the deck because their room was stiflingly hot, but they enjoyed two nights of barbecue dinners also on the deck once the ship started moving again Saturday night.

“There were lots of salads and we had barbecued chicken, pork, steak and fish. There were free drinks, a band playing and singing. They made it a party time,” Whawell said.

J. Souza
Jon got hooked on cruising after his first cruise on his honeymoon, and today he is always looking for cruise deals and reading information about the cruise industry. Jon lives in the foothills of North Carolina and wishes there were a cruise port that far inland. Jon can be reached at [email protected]
Cruise NewsAzamara Quest Cruise Ship Fire Leaves Passengers Partying
Previous article
Carnival Triumph is Seized Over Lawsuit Before Allowed to Leave Port
Next article
Three Royal Caribbean Ships Heading to Europe in 2013