Mother Has Children on Both Costa Concordia and Costa Allegra 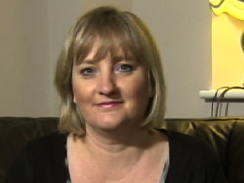 Costa has had their share of troubles lately, with the Costa Concordia disaster still fresh in mind and the Costas Allegra fire that has disabled yet another ship off the coast of Africa.

But imagine being the mother of two children who were each on these ships when the unfortunate events occurred.  Jayne Thomas’s son was a crew member of the Costa Concordia when it struck a rock off the coast of Italy over a month ago.  But she also has a daughter who works as a dancer aboard the Costa Allegra, the ship that is currently under tow after a fire that has disabled the engines.

Fortunately, both children are reportedly fine, even though Jayne has still not heard from her daughter, Rebecca.  It was more troubling to Jayne that the Allegra was just drifting powerless in waters that are known to have pirates.  But now that helicopters are bringing food to the people on the ship and the ship is being towed to shore, it’s a pretty safe bet that no pirates would dare try anything.

Jayne’s son, James, has called the Concordia experience unnerving and states that he will probably not work for any cruise line again.  Even though his family tried to reassure him that these things rarely happen and probably would not happen again, especially due to the safety regulations that are going in to place, he still is haunted by the events of that cold winter night.

In an interview Jayne did not call herself unlucky but did say, “we’ve cast ourselves as very unfortunate.”

As she waits for her daughter’s ship, the Costa Allegra, to be towed back into a port, she watches the news and for anything related to this unfortunate event.  Her daughter has only worked for Costa for less than a year.

These two incidents happening so close to each other with a mother having children on both ships is a little eerie, but it should be even more alarming to Carnival, owner of the cruise line Costa.

Congress is currently going over all the details of the Costa Concordia disaster and these events will lead to safer regulations in the cruising industry as a whole, especially as it related to cruises that leave from US ports.  More people are cruising than ever, with 12 million people cruising from the United States alone.  Time will tell what kind of “hit” the cruise industry will take, but for now we are just glad that everyone is safe on the Costa Allegra.

J. Souza
Jon got hooked on cruising after his first cruise on his honeymoon, and today he is always looking for cruise deals and reading information about the cruise industry. Jon lives in the foothills of North Carolina and wishes there were a cruise port that far inland. Jon can be reached at [email protected]
Cruise NewsMother Has Children on Both Costa Concordia and Costa Allegra
Previous article
Cruise Leap Day Sale
Next article
Costa Allegra Update, Passengers Back in Port