The trip of a lifetime, four cruise ships headed off on world cruises this week from Florida on voyages ranging from 111 to 180 days. 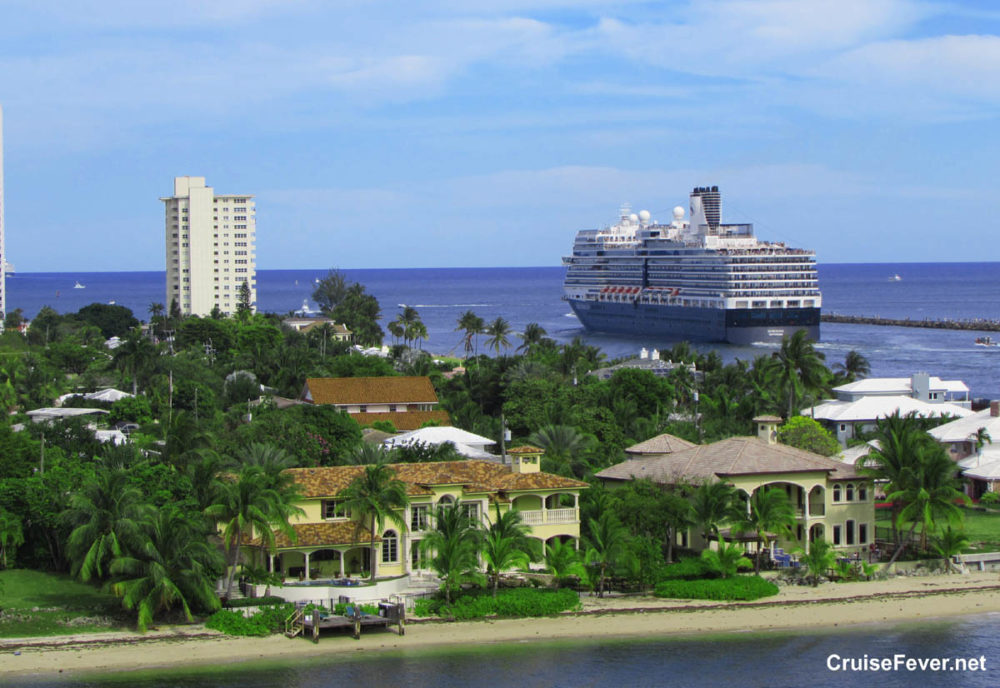 World cruises are growing in popularity as a great way to travel the world.  When Regent Seven Seas Cruises announced an epic 128 night world cruise earlier this year that would visit 31 countries on six continents, it nearly sold out in a day. This past week saw the following four cruises leave from South Florida and head out on world cruises.

Pacific Princess – Pacific Princess left Port Everglades on Sunday on an 111 night cruise.  This 688 passenger cruise ship will begin by passing through the Panama Canal and stop in ports in five continents (26 countries).  Stops along the way include Hawaii, Australia, Hong Kong, Singapore, Dubai, Greece, Italy, Spain, and Bermuda before returning to Fort Lauderdale on April 24, 2016.

MS Insignia – Could you spent six straight months on a cruise ship? The 684 passengers on Oceania Cruises’ Insignia are going to do just that. This 180 day cruise left PortMiami on Monday and will stop in a whopping 92 ports on six continents.

After a few stops in the Caribbean, the ship will travel to South America before sailing to Africa. After sailing around Cape Town, South Africa and visiting several stops in Africa, Insignia will make her way through Asia visiting Thailand, Vietnam, Cambodia, China, and Japan.  After stopping in several ports in Australia, New Zealand, and Tasmania, the ship will visit Bora Bora and the French Polynesia as she makes her way across the Pacific Ocean. Of coarse, the ship will stop in Hawaii for four days before passing through the Panama Canal back to Miami on July 1, 2016.

Silver Whisper – The smallest of the ships that departed on world cruises this week, the 382 passenger SilverSea Cruises’ Silver Whisper left Port Everglades on Tuesday for a 115 day cruise that will stop in 31 countries.  After passing through the Panama Canal, the ship will visit Easter Island before stopping in Bora Bora. The trip will continue from there to Australia and Southeast Asia. The trip wraps up with several stops in the Middle East (including Dubai) and Europe (Greece, Italy, Montenegro, and Croatia).

MS Amsterdam – The largest of the ships sailing on world cruises this week, Holland America Line’s MS Amsterdam is a 1,380 passenger ship that left on a 115 day cruise out of Port Everglades. MS Amsterdam will visit ports all around the world including stops in Tahiti, New Zealand, Australia, Thailand, Singapore, Vietnam, Hong Kong, Dubai, Jordan, Israel, Greece, Italy, and Spain.  The ship will arrive back in Fort Lauderdale on April 30, 2016.

Ben Souza
Ben is a world traveler who has visited 42 countries and taken over 50 cruises. His writings have appeared and been cited in various media outlets such as Yahoo News, MSN, NPR, Drudge Report, CNN, Fox, and ABC News. Ben currently resides in Cincinnati, Ohio. Follow Ben on Instagram. Visit Ben Souza on Linkedin. You may email Ben at [email protected]
Cruise NewsFour Cruise Ships Depart on 111-180 Day World Cruises
Previous article
$21.5 Million Verdict From Cruise Lawsuit Thrown Out By Judge
Next article
Cruise Passenger Dies While Snorkeling in Belize